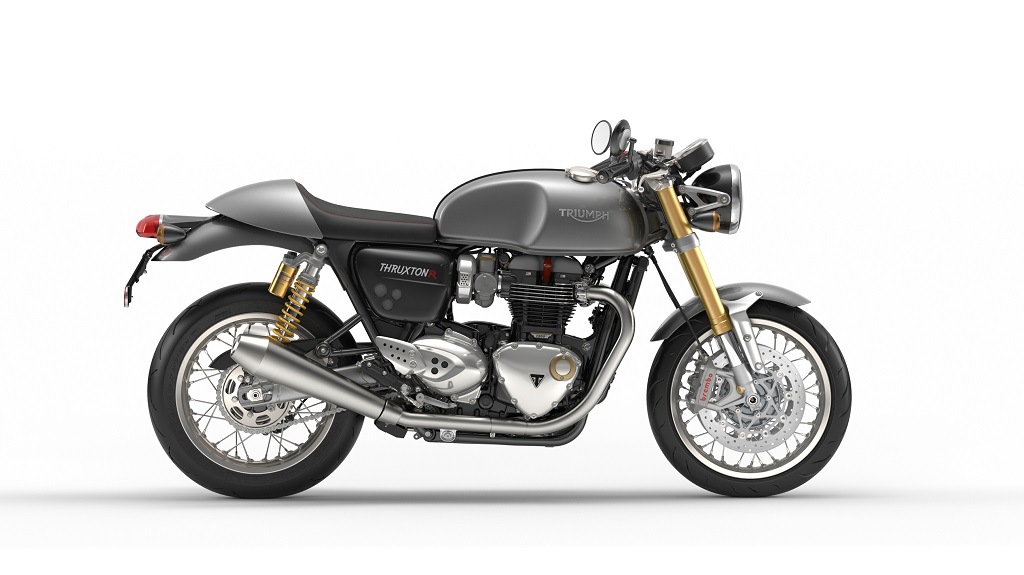 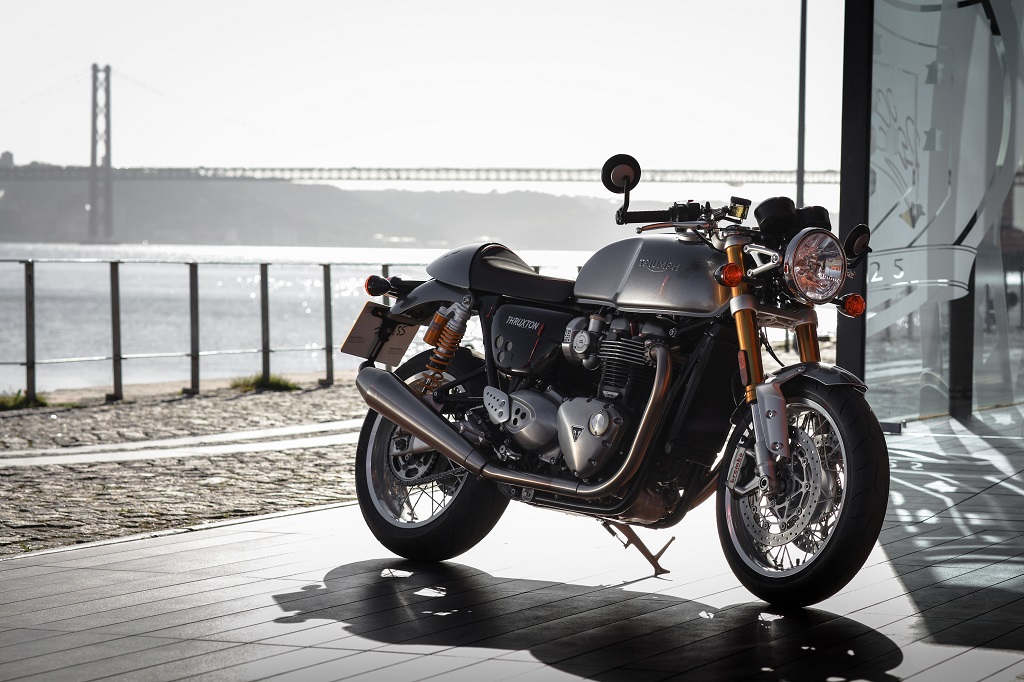 Out of all the members of the new Bonneville family, the new Triumph Thruxton R has the most to live up to. Its name is about as legendary as it gets, even for an icon like the Bonneville. Back in the 1960s and ’70s it was synonymous with Triumph’s racing success across the world and most notably at the Isle of Man TT, and it inspired a generation of teenage café racers and custom specials.

The all-new Thruxton R more than just look the part, it really delivers out on the road too. Returning the café racer to its heritage performance roots, with all the power, delivered by its 1200cc ‘Thruxton spec’ engine, and the handling, agility and capability to match its beautifully imposing and authentic styling. It is simply the most thrilling and full-blooded sports classic you can buy here in India. The Thruxton R is equipped with Brembo monobloc callipers, Showa big piston forks, Öhlins rear suspension and Pirelli Diablo Rosso Corsa Tyres.

Vimal Sumbly, Managing Director, Triumph Motorcycles, India, said, “Its uncompromisingly elegant and imposing lines are perfectly matched by the quality of the design, detailing, power and performance, and the incorporation of contemporary technology into a ride that’s as poised as it is exhilarating. This combination of head-turning style, spine-tingling performance and unparalleled heritage and character is what makes the new Thurxton R the real deal as well as the ultimate modern classic café racers and something which will
enthral the riders here in India. The legend is back.”

A visibly ecstatic Gul Panag said, “Owning a Bonneville T120 is like a dream come true. I have been part of the first preview of the new generation Bonneville motorcycles in London last year and set my eyes on it since then. It was love at first sight for me, and kept waiting till it hit the Indian shores.” “Being a passionate motorcyclist, I am glad to see that more and more people are getting into the world of riding. Riding a motorcycle gives us a sense of both adventure and freedom. Triumph Motorcycles, with its extra ordinary features, adds that fun element to riding; exactly what we look forward to,” she further added.

21st August 2017, New Delhi:  In the true spirit of Independence Day, Triumph Motorcycles India and Smile Foundation came together to support the cause of Girl Child Education. Continuing with the Triumph tradition of getting riders […]

“The Distinguished Gentleman’s Ride 2016” hits the streets of the major cities in the country to raise awareness and generate funds to support the research in the field of prostate cancer; the ride was supported by Triumph Motorcycles India

DAPPER Gentlemen and women took on to the roads again with their classic motorcycles for a global celebration of motorcycling, style, friendship and banter all in aid of giving a two wheel salute to prostate […]

‘Ride for Freedom’ with Triumph Motorcycles’ and Smile Foundation