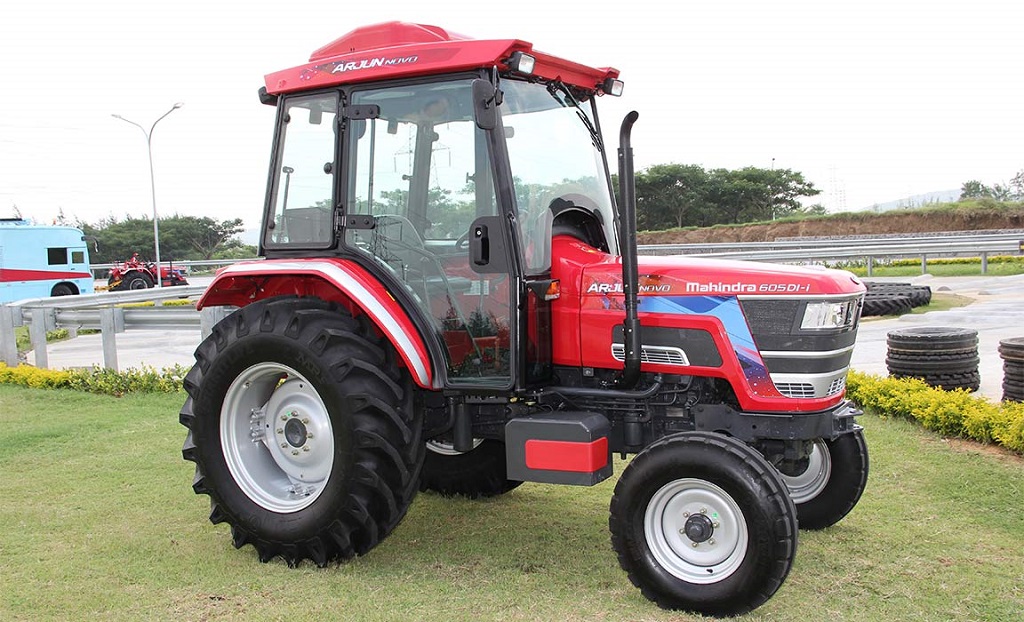 Tractor owner satisfaction with after-sales service climbs to 784 in 2017 from 751 in 2016. The improvement is attributed to gains in all four service satisfaction index factors as well as a 60-point increase in the overall parts operation index score.

The study finds that a higher proportion of customers who are “disappointed” with the service experience (scores of 701 and below) are inclined to get their tractor serviced at a non-authorised service facility, compared to customers who are “delighted” (scores of 901 and above) who say the same. Of those owners whose overall service experience was worse than expected, 58% had their tractor serviced by a local mechanic in the past 12 months vs. 41% of those whose service experience exceeded expectations. Moreover, the loss of after-sales business to non-authorised service facilities due to dissatisfied customers is much higher this year compared with 2016, when 36% of tractor owners whose service experience was worse than expected visited an unauthorized dealer for service or repair.

“Unauthorised servicing alternatives are increasingly preferred by tractor owners who are disappointed with the authorised service channels—even within the warranty period—which emphasizes their growing disapproval of lagging service standards of the authorized network,” said Yukti Arora, manager at J.D. Power. “In a market flooded with local and cheaper service options, greater attention to customer expectations is imperative to gain confidence in the OEM dealer network. By improving long-term retention rates, dealers will prevent the loss of significant service revenue.”

The study shows that the service engineer’s knowledge of a tractor’s service history, as well as attention to customer requirements and diligence in providing detailed explanations of the work performed greatly enhances customer satisfaction with the quality of work done, and helps build appreciation of the time taken and charges paid for service. One-fourth (25%) of tractor owners who did not receive an explanation of service work done and 15% of owners who received an explanation either before or after the work was completed indicate disappointment with the fairness of the charges. This is in stark contrast to only 4% of those who received explanations both before starting and after completing the work.  Of those owners who say their service engineer knew their tractor’s service history and was completely focused on their needs, 96% report that all the work was completed on their first visit. However, just 85% of owners that say the engineer did not know their tractor’s service history and 77% of those who observed that the service engineer was not fully focused on their needs indicate the same.

“Dealers should forgo complacency and instead proactively engage with customers to win their loyalty. Additionally, OEMs should ensure that their dealer staff has the necessary proficiency and the right attitude toward servicing customers,” Arora said. “This will not only keep existing relationships buoyant, but also promote word-of-mouth referrals.”

New Holland ranks highest in satisfaction with the after-sales service experience with a score of 842, a 74-point improvement from 2016. John Deere (803) ranks second and Mahindra (801) ranks third among the eight brands included in the study.

The 2017 India Tractor Customer Service Index Study is based on evaluations from 3,440 tractor owners across 14 states. The study was fielded from December 2016 to April 2017 and includes owners who purchased a new tractor between December 2014 and March 2016 from an authorised dealership.

technology and finance industries in the Asia Pacific region. Together, the six offices bring the language of customer satisfaction to consumers and businesses in Australia, China, India, Indonesia, Japan, Malaysia, Philippines, Taiwan, Thailand and Vietnam. J.D. Power is a portfolio company of XIO Group, a global alternative investments firm headquartered in London, and is led by its four founders: Athene Li, Joseph Pacini, Murphy Qiao and Carsten Geyer. Information regarding J.D. Power and its products can be accessed at india.jdpower.com. 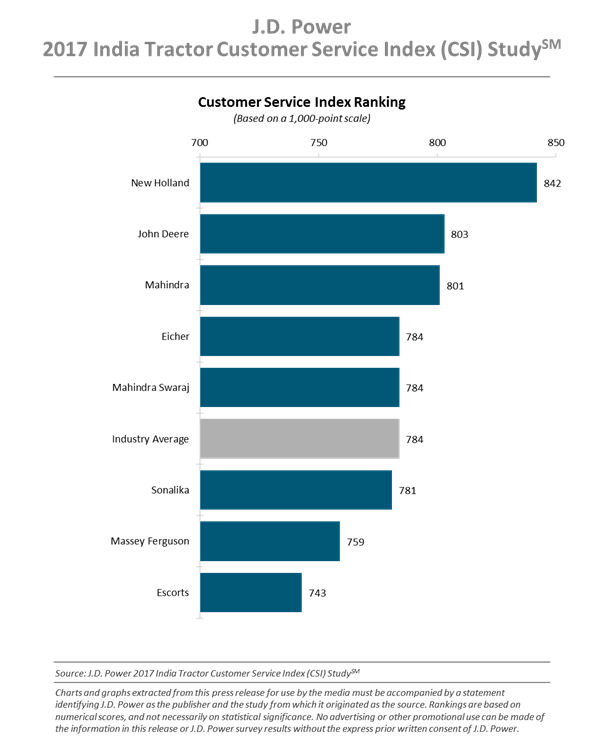 Mahindra to launch its all new TUV300 on September 10

Mahindra & Mahindra Ltd., India’s leading SUV manufacturer, today announced that it would launch its all new utility vehicle, the TUV300 on  September 10, 2015 from its state-of-the-art automotive plant in Chakan, Maharashtra. Based on […]

Mahindra drives into an all new segment with the young SUV, KUV100