Bangalore, April 13th, 2017 Toyota Kirloskar Motor (TKM) was recently awarded the Top Exporter Award for the year 2015-16, at the 48th Engineering Export Promotion Council of India (EEPC) National Award for Engineering Export Excellence. The company was honoured as “Star Performers under Product Group-Automobile Component” for its outstanding contribution towards exports. 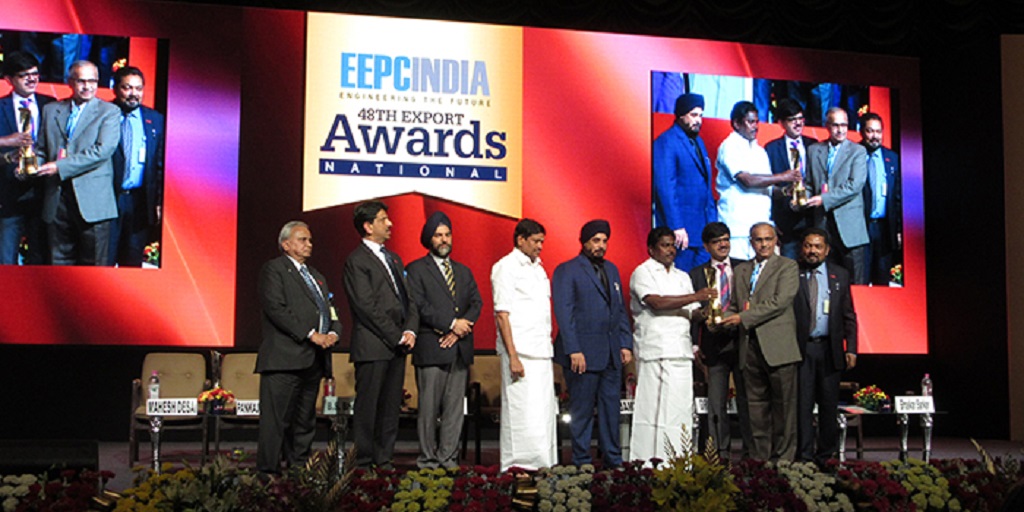 Expressing his delight on receiving the award Mr. Raju B. Ketkale, Senior Vice President, Toyota Kirloskar Motor said, “We are delighted to receive this prestigious award. It is a boost to our efforts in designing & developing the best in class cars of the highest standards in India. As a company that is strongly committed to the “Make in India” Campaign, we will continue to build focus on our manufacturing abilities in India and also maintain global standards through all processes. Our much celebrated philosophy of Quality, Durability, and Reliability (QDR), has always ensured that our standards are internationally aligned.

We are certain to maintain the trend in the upcoming year and also play a key role in India manufacturing policies through our local operations.” He further added.

EEPC India is the premier trade and investment promotion organization in India, sponsored by the Ministry of Commerce & Industry, Government of India, catering to the Indian engineering sector.

·         TKM to develop and construct a modern community health centre with an investment of over INR 120 million to cater to more than 120,000 people under CSR initiatives. ·         Ground-breaking ceremony held in the respected […]