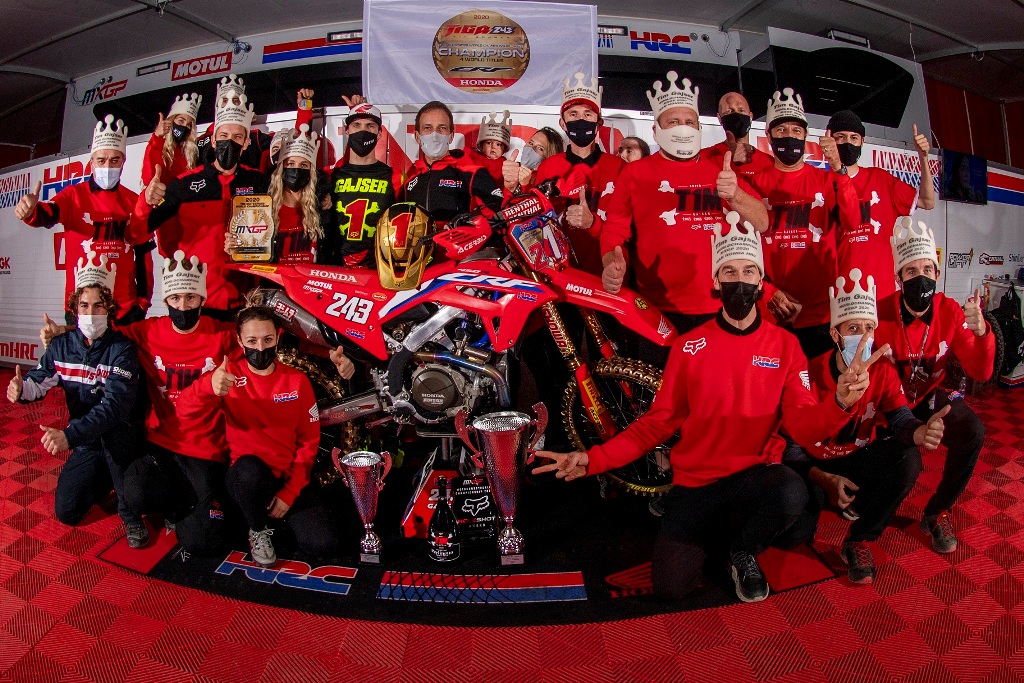 On November 4, Gajser took his Honda CRF450RW factory bike to 2nd in Race 1 of Round

17 in Pietramurata, Italy, giving him a sufficient points lead to secure his championship victory. In Race 2 after taking the holeshot, his consistently fast pace gave him the race win and combined with Race 1 results, the overall round win.

This season’s Motocross World Championship begun in March, but due to the COVID-19 pandemic, was interrupted until August. With 16 of the 18 rounds remaining, races have been held on an extremely tight schedule.

Despite the demanding schedule, Tim Gajser not only won 14 races out of the 34 races (17 rounds) to date, but has finished consistently within the points to secure the championship.

The Slovenian rider became world champion in the MX2 (250cc) class in 2015, and the following year won the premier MXGP class in his rookie year. For Tim Gajser, 2020 marks his third (second consecutive) MXGP title. 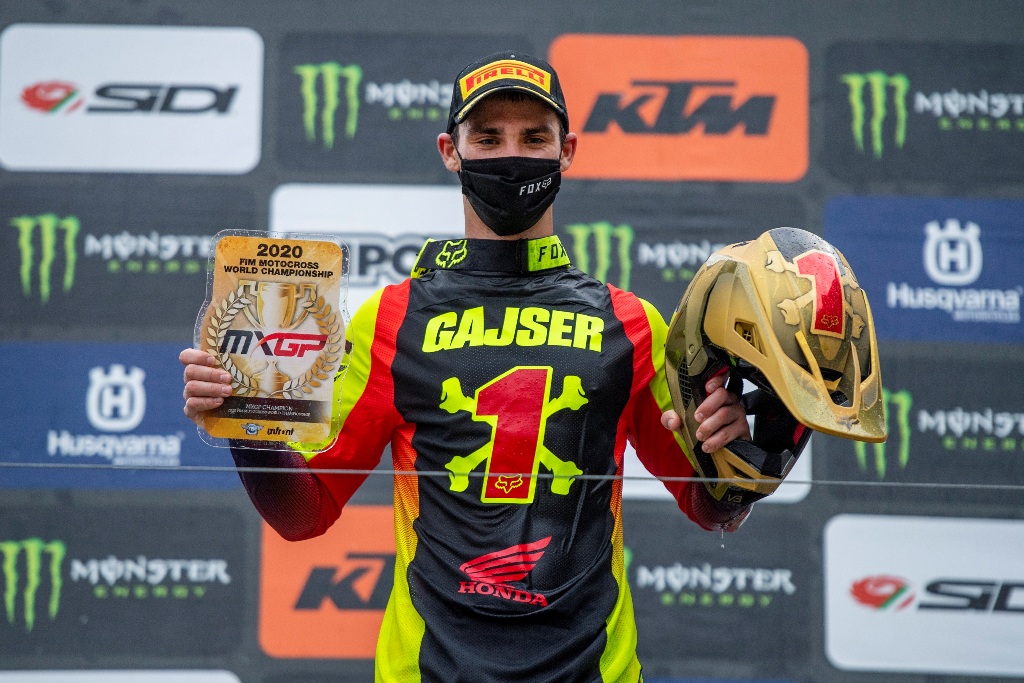 “It feels unbelievable to be world champion for a fourth time. Winning one time is amazing, but four times, I’m just speechless. It was a weird season with the COVID-19 and then the break between the rounds two and three, but in the end, everything came together and we won another title! Racing today was very nice, in the first race, I didn’t have the best start but I was still able to come through the field and finish second and that meant that if I could win race two, I would take the overall. In the second moto I grabbed the holeshot and then had a really good battle with Romain all the way to the chequered flag. We were pushing the whole time so I’m super happy to win this title and the overall on the same day. A big thanks to the whole of Team HRC, there are a lot of people who are involved who couldn’t be here today so a big thank you to all of them and to everyone who has supported me all year long. It is a privilege to ride for this team and I appreciate every single person who has helped me. Thank you!.” 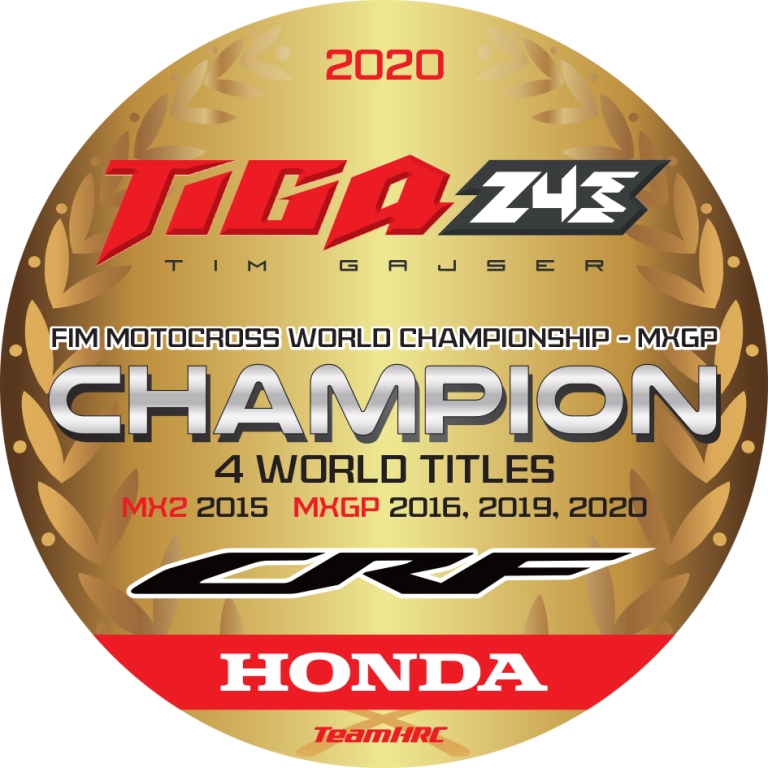 “I am extremely pleased that Tim [Gajser] won his second consecutive championship. This season’s schedule has been demanding due to COVID-19, and I imagine it would have been hard for him to even keep himself in top form. Despite that, his uniquely well-balanced speed and stability have improved, and he now truly shows the heart, body and skills of a true champion. I thank the team, and all of our sponsors and motocross fans who support our racing activities.”