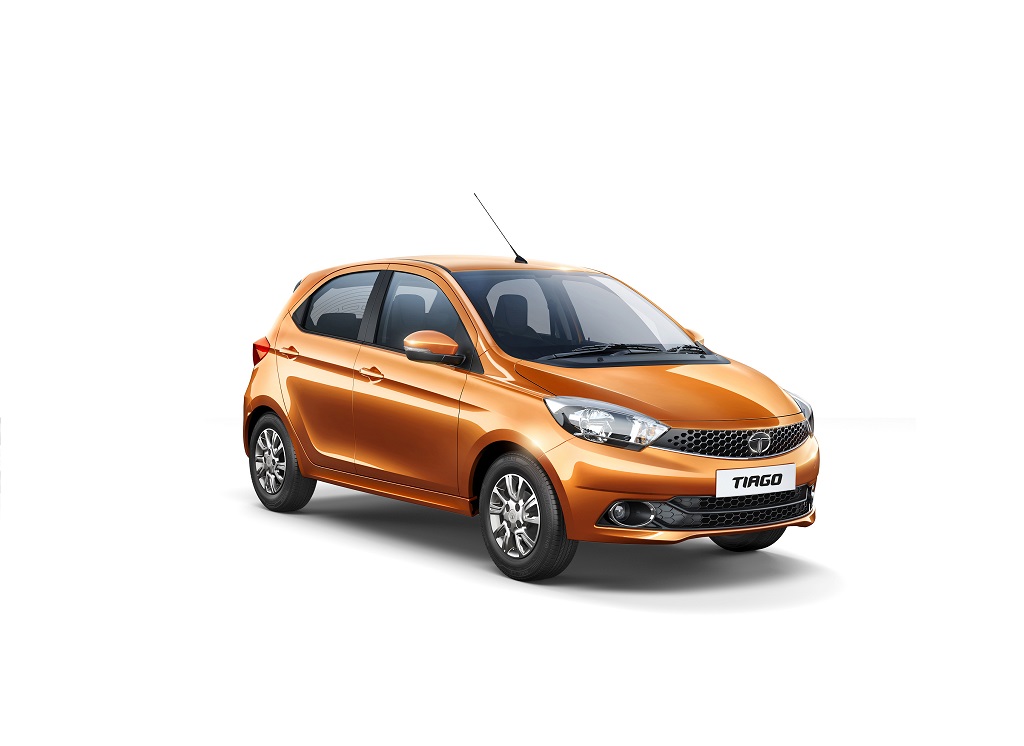 New Delhi, July 03rd, 2017:  Tata Motors’ exciting, dynamic hatchback TIAGO has crossed the one lakh bookings milestone in the domestic market.  Launched in April 2016, TIAGO was the first car to embody the company’s IMPACT design philosophy. With over 65,000 cars on-road since launch, TIAGO is the country’s most awarded compact hatchback and has won 18 renowned accolades. The top-end variant is the most popular among first time car buyers and the recently introduced AMT variant has seen an overwhelming response.

Commenting on achieving this milestone, Mr. Mayank Pareek, President, Passenger Vehicles Business Unit, Tata Motors, said, “TIAGO boasts our new IMPACT design philosophy and has been a game changer for Tata Motors. With its stylish design, enhanced performance and drive dynamics, TIAGO led the company’s transformation journey, setting a benchmark in the hatchback segment. We have witnessed a healthy month-on-month growth on the back of a strong demand. The car is making all the right noises in India. We are extremely happy with the response received so far and are confident of achieving more milestones in the months to come.”

Tiago is being manufactured at the Tata Motors Sanand facility and the plant has been running full steam to meet the booking pipeline.

With inputs from the Pune, UK and Italy design studios, the TIAGO flaunts an appealing exterior design that emphasizes the compact look and sharp design. The interiors have been crafted with utmost precision for a premium feel. With over 20 utility spaces, it is also a very feature-rich offering in its segment. Available in petrol and diesel variants with two new engines – Revotron 1.2L (petrol engine) and Revotorq 1.05L (diesel engine), Tiago’s engines have been designed and are programmed to deliver superior fuel economy and a peppy driving experience with a segment-first feature, the Multi-drive mode – City and Eco – making it equivalent to offering two engines in one.

Tata Motors Limited is India’s largest automobile company, with consolidated revenues of INR 269,850 crores (USD 41.6 million) in 2016-17. Through subsidiaries and associate companies, Tata Motors has operations in the UK, South Korea, Thailand, South Africa and Indonesia. Among them is Jaguar Land Rover, the business comprising the two iconic British brands. It also has an industrial joint venture with Fiat in India. With over 9 million Tata vehicles plying in India, Tata Motors is the country’s market leader in commercial vehicles and among the top in passenger vehicles. Tata cars, buses and trucks are being marketed in several countries in Europe, Africa, the Middle East, South Asia, South East Asia, South America, Australia, CIS and Russia.

Tiago comes with a confident, agile stance and bold, sculpted body with sharp lines, with signature hexagon grill and new multi-faceted Tata emblem as well as inviting interiors First in class ‘Sports’ mode for a […]

Mumbai, August 20, 2017: TIAGO has been the ultimate game changer for Tata Motors as it continues to set new benchmarks in the fiercely competitive hatchback segment. Introduction of AMT in the TIAGO further enhanced its appeal and witnessed […]