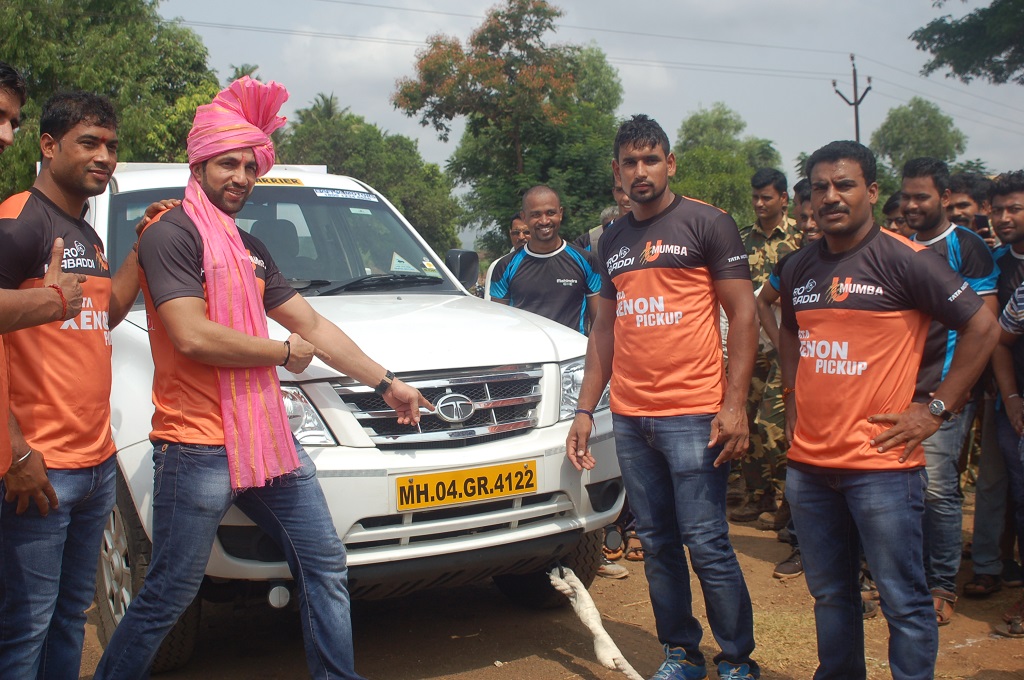 The upcoming season of the Pro Kabaddi league started on a celebratory note, as Tata Motors announced the association of Tata Xenon, the smart, tuff, pickup with Team U Mumba for Season 4 of the championship at the U Mumba event held today in Raigad.

Commenting on the association, Mr Anurag Dubey, Business Head- SCV, LCVs and Pickups, Commercial Vehicle Business, Tata Motors said, “We are very happy to associate with team U Mumba, for yet another exciting season of Pro Kabaddi. This is a sport that has long been associated with strength and endurance similar to the attributes of the Tata Xenon. Kabaddi is also well followed in the interiors of the country and we would like to associate with the sport to engage with our audience to further strengthen the Xenon’s presence. We wish all the players the very best for this season and look forward to many more such successful associations”

Kabaddi, a popular sport in India connects with the masses across rural and urban areas. Tata Motors’ association with team U Mumba reiterates the values the vehicle shares, with both the sport and the team, i.e. tough, rugged, consistent performance, zeal to overcome obstacles & win. Currently, Pro Kabaddi is the second most watched sport on Indian television. The Pro Kabaddi series is gaining popularity every season and team U Mumba has proven its skills in every season. The team will play their first game of Season 4 on June 25, 2016 against Jaipur Pink Panthers at Shree Shiv Chhatrapati Sports Complex Pune.

The booking of the Tata Nano opens tomorrow on April 9th and will continue up to the end of day on April 25, 2009. Tata Motors has entered into agreements with 18 preferred banks/NBFCs to […]

We welcome the positive steps announced in the fiscal package today. The government needs to work on ensuring that ultimately liquidity reaches customers at reasonable costs. Although some steps declared today would help commercial vehicles, […]