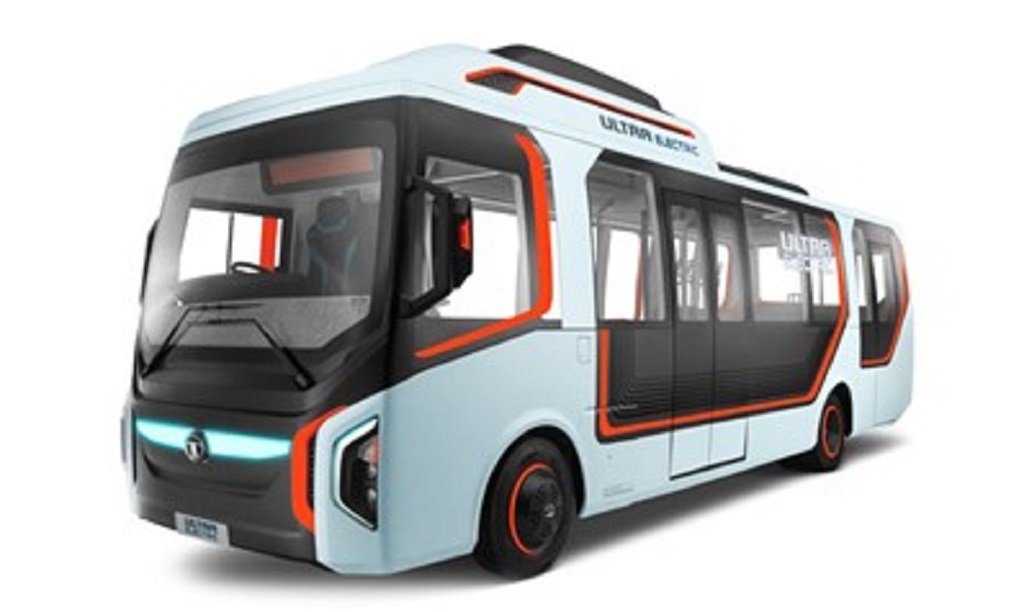 Chandigarh, June 16, 2017: Tata Motors has commenced trials of its 9 meters electric bus in Chandigarh. With a capacity to seat 31 passengers, the Tata Ultra ELECTRIC 9m bus will run for over 15-days, with the trial jointly carried out with Chandigarh Transport Undertaking (CTU) and the State Transport Department, with the Chandigarh administration having started the process of introducing electric buses in the city under its Smart City plan

This is in continuation to the successful trial of the 9 meters electric bus trial from Parwanoo to Shimla a few weeks ago, where the bus performed exceedingly well covering a distance of 160 kms in one full charge. The initial trials in Chandigarh also show very encouraging results in a running of 143 kms, covering approximately 70% of the charge. The trials are part of the Ministry of Road Transport’s agenda for the electrification of public transport, for which Tata Motors is getting ready with its range of electric vehicles, from 9 meters and 12 meters with various seating configurations, as well as its last mile passenger transport vehicle, the Tata Magic Iris.

Dr. AK Jindal, Head, Engineering Research Centre, Tata Motors said, “Tata Motors is participating in similar trials currently under way in Nagpur, where these buses were flagged off very recently by Union Ministry of Road Transport and Highways and the Government of Maharashtra. These trials are part of Tata Motors larger strategy to be present with its electric vehicle offerings, with best-in-class value proposition, helping the company better understand its customer requirements under different operating conditions, to suitably optimize its offerings. Tata Motors is also working with various study groups formed by the central government to work out various business models for operating electric vehicles and to optimize the overall economics of these buses, for a truly MAKE IN INDIA solution.”

Tata Motors has been at the forefront of Hybridization and electrification of passenger transportation and has developed technologies of Hybrid and Electrification. The first set of Ultra-modern, full low floor Hybrid buses are soon going to be delivered to MMRDA (Mumbai Metropolitan Region Development Authority), for which the approval for commencement of supplies was recently received from them for 25 such buses. This was the single largest order awarded for Hybrid Electric vehicle technology in India.

Tata Motors, among the top 10 truck and bus manufacturers globally recently launched and showcased a range of mass public transportation vehicles in India, reiterating the company’s commitment towards smart and green technologies and mobility solutions. Among these the company launched the 9 meter and 12 meter STARBUS ELECTRIC bus, 12 meters STARBUS HYBRID bus and showcased a futuristic 12m HYDROGEN FUEL-CELL, along with a range of Electric small commercial vehicle, including the articulated bus, all designed, developed and powered by alternate fuels, to meet the current and future passenger transportation needs of Smart Cities.

Tata Motors Limited is India’s largest automobile company, with consolidated revenues of INR 269,850 crores (USD 41.6 million) in 2016-17. Through subsidiaries and associate companies, Tata Motors has operations in the UK, South Korea, Thailand, South Africa and Indonesia. Among them is Jaguar Land Rover, the business comprising the two iconic British brands. It also has an industrial joint venture with Fiat in India. With over 9 million Tata vehicles plying in India, Tata Motors is the country’s market leader in commercial vehicles and among the top in passenger vehicles. Tata cars, buses and trucks are being marketed in several countries in Europe, Africa, the Middle East, South Asia, South East Asia, South America, Australia, CIS and Russia.

India’s No. 1 Mini-Truck – Tata ACE completes a Decade of Trust

Tata Motors today formally celebrated the tenth anniversary of Tata Ace that had created a new Small Commercial Vehicle (SCV) category when first launched in 2005 and is now the most successful SCV brand. The […]

Delivers to first batch of 11 customer on the launch day Kathmandu, Nov 24, 2017: Tata Motors announces the foray of its most awaited lifestyle SUV – Tata Hexa in the Nepal market. Commencing retail of the Hexa in […]