One of the winners of the second challenge of USD $50,000 F1® Connectivity Innovation Prize will get to spend a week with the technical team of Formula 1® at a Grand Prix™

London, UK – July 12th 2017 – Tata Communications, the Official Connectivity Provider to Formula 1®, is today unveiling the second challenge of the 2017 F1® Connectivity Innovation Prize. The Internet of Things (IoT) themed challenge has been set by Formula 1®, asking the F1® and technology communities to come up with ideas for solutions that could enhance the trackside experience for fans at each Grand Prix™ through IoT and mobile technologies, and embedded connectivity.

“We want to see how through IoT solutions we could enhance the F1® racing experience for the millions of fans who attend the Grands Prix™ all over the world – from before they even arrive at the track till the end of the race weekend,” said John Morrison, Chief Technical Officer of Formula 1®. “Through a mobile app connected to sensors at the track, fans could tune into customised live video feeds based on their favourite team or driver, take part in live polls and synchronised cheering, and interact more seamlessly with other fans on social media. Fans’ emotions could also be tracked to create aggregate emotion charts on large displays at the circuit, creating a more interactive, immersive and thrilling race experience.”

“F1® is the most technically advanced sport in the world, yet we’ve barely scratched the surface of what can be achieved with digital technologies,” said Ross Brawn, Managing Director of Motorsports, Formula 1®. “By harnessing fans and tech enthusiasts’ brainpower and passion, we look to accelerate the digital transformation of F1®, as the way people want to watch and engage with their favourite sports continues to be shaped by technology.” 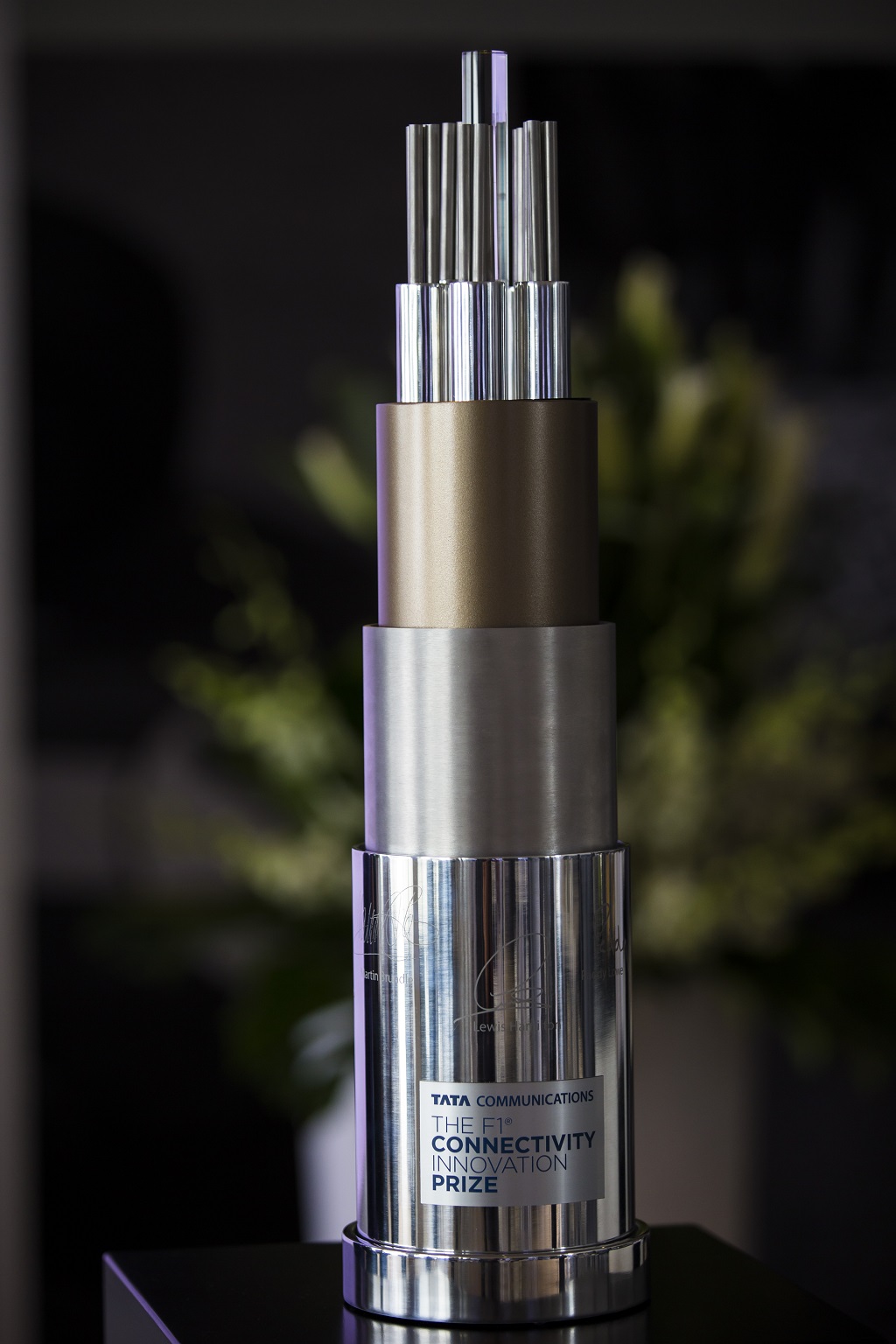 The Grand Prize of the F1® Connectivity Innovation Prize is a cheque for USD $50,000. The judges pick three winners from each of the two challenges set by Mercedes-AMG Petronas Motorsport and Formula 1®. The six winners from both challenges will be awarded trips to the 2017 FORMULA 1 ETIHAD AIRWAYS ABU DHABI GRAND PRIX, where the jury will announce the Grand Prize winner.

In addition, one person from one of the three winning teams of this challenge will be given a special prize: they will get a chance to work alongside the technical team of Formula 1® at a Grand Prix™ of the winner’s choice for a unique behind-the-scenes experience.

“Fans at home are able to enjoy an immensely rich Grand Prix™ experience by using technologies such as Ultra High Definition (UHD) video, complementing the live action on TV with stats and videos on formula1.com, and engaging with other fans in real-time on social media,” said Julie Woods-Moss, Tata Communications’ President and Chief Innovation and Marketing Officer. “As Formula 1® explores opportunities to transform the sport through digital technologies, we look forward to seeing how the trackside experience could be made more captivating for F1® fans through cutting-edge IoT-enabled mobile apps and real-time data analytics.”

In addition to John Morrison, the judging panel includes: Lewis Hamilton, Mercedes-AMG Petronas Motorsport Driver and three-time Formula One World Drivers’ Champion; James Allison, Technical Director of Mercedes-AMG Petronas Motorsport;  Martin Brundle, former F1® race driver and F1® commentator for Sky Sports F1®; and Mehul Kapadia, Managing Director of F1® Business at Tata Communications. And – for the first time since the launch of the competition in 2014 – the F1® Connectivity Innovation Prize will have a guest judge. In 2017, the guest judge will be Ross Brawn, Managing Director of Motorsports, Formula 1®, who will help pick the ultimate Grand Prize winner.

A full brief for the second challenge can be downloaded from the F1® Connectivity Innovation Prize website. The closing date for this challenge is August 2nd 2017.

During the last five seasons, Tata Communications has been working closely with Formula 1® to lay the foundations for the sport’s digital transformation by harnessing the company’s global connectivity and cloud computing capabilities. Together they have tested in action technologies such as UHD video and live broadcasting over the Internet (OTT), which could enable fans to experience F1® in new ways.