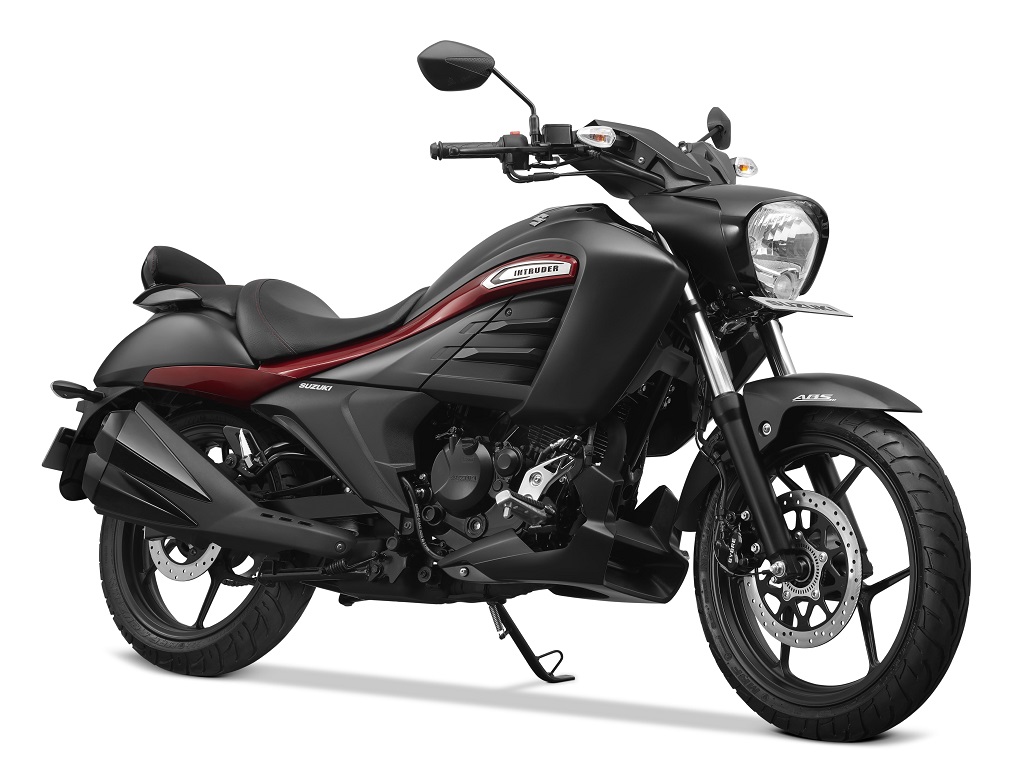 New Delhi, September 28, 2018: Suzuki Motorcycle India Private Limited (SMIPL), a subsidiary of one of the world’s leading two-wheeler manufacturers – Suzuki Motor Corporation, Japan (SMC) has rolled out the ‘Special Edition’ of India’s Modern Cruiser – INTRUDER and INTRUDER FI ahead of the festive season.

The INTRUDER SP and INTRUDER FI SP editions are offered in Matte Black colour along with Candy Sanoma Red accent enhancing the sportiness of this modern day cruiser with a standard pillion backrest fitment. The SP variants will come equipped with Anti- Lock Brake System (ABS) and the Fuel Injection will offer a better riding experience.

Commenting on the launch of the special variant, Mr. Satoshi Uchida – Managing Director, Suzuki Motorcycle India Pvt. Ltd, said, “We are happy to introduce the Special Edition ahead of the festive season which will lure the cruiser customers. With its head-turning design, luxurious appeal and sporty looks, Suzuki INTRUDER and INTRUDER FI variants are an apt fit for the people who want to stand out from the crowd. It’s for the people who navigate the challenges and ride it out with brotherhood.”

Since, its launch in November 2017, the bike has received an overwhelming response with its premium appeal. The INTRUDER, true to its modern badge, compliments with futuristic features like a standard ABS, a fully-digital instrumentation, SEP engine with superior riding performance. In the looks department, it carries forward the lineage of the legendary INTRUDER with flowing character lines, big-bike like shrouds, and a sharp twin exhaust that stands-out. It is low and long styling, with a long wheelbase, and a low seat makes both your daily commute and the weekend ride exciting with an attitude. The special edition adds further to the style quotient of the bike.

New Delhi, March 29, 2018: Suzuki Motorcycle India Pvt Ltd., a subsidiary of two-wheeler manufacturer, Suzuki Motor Corporation, Japan has announced a price-cut on the big bikes, in wake of the new policy announced by the Central Board […]