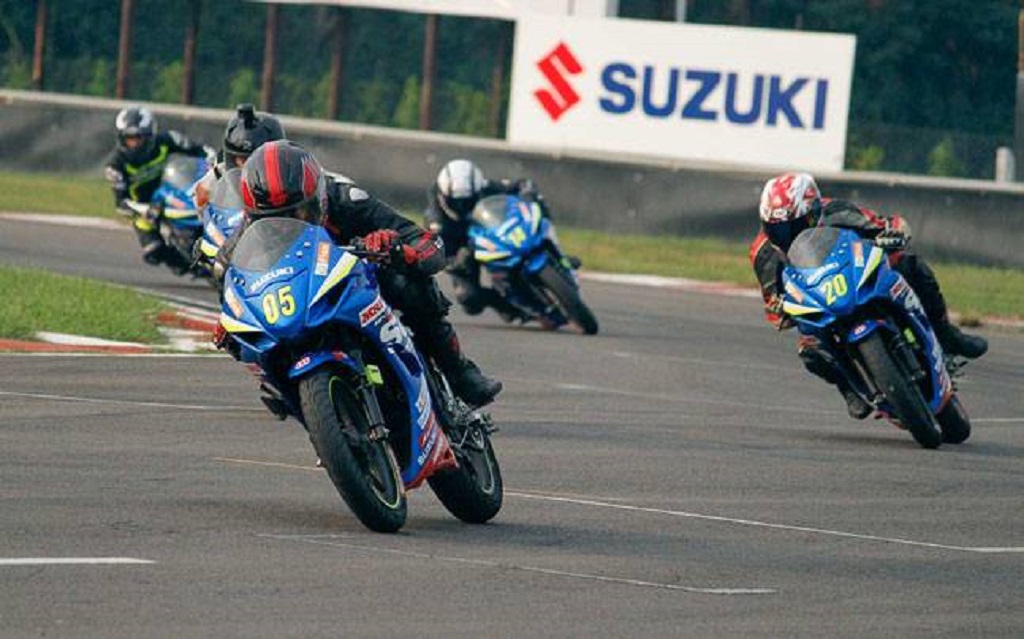 Chennai, January 22nd, 2017: In a thrilling conclusion to the Suzuki Gixxer Cup 2016, Suzuki Motorcycle India hosted Round 5 of the one make race at the Madras Motor Race Track in Chennai on Sunday. The Gixxer Cup is conducted alongside the Indian National Motorcycle Racing Championship 2016.The Suzuki Gixxer Cup which began its second season in June, has garnered an avid fan following and provided a spectacular show for racing enthusiasts. The season was full of interesting races, most of them closely fought, keeping everyone on the edge of their seats. The final round too witnessed intense competition in both the categories with many riders fighting it out for the Novice and Open Championships.The Open Category saw Aaron Gunawardena win Race 1, cruising ahead of R Rajinikanth by a 2+ second lead. Race 2 witnessed a nail biting finish between Aaron, Rajinikanth and Vivian with Aaron overtaking on the last corner and clinching the win with 1/10th of a second ahead of R Rajinikanth. After a closely contested season, Meka Vidhuraj was crowned the Open Championship winner of the season by securing a commendable 176 points, 23 points ahead of R Rajinikanth, who took the runner-up trophy with 153 points; and Vivian Gladwin won third place overall with 144 points.Race 1 of the Novice Category was won by Joseph Mathew with a commendable margin of 10+ seconds and Vishal S coming in 2nd. Race 2 was more closely fought with Joseph Mathew’s winning lead cut down to 1 second by Amarnath Rajan in 2nd place. Joseph Mathew deservingly won the Novice Championship with a staggering total of 200 points. Amarnath Rajan was the Novice Championship Runner Up with 144 points, and Clinton Cordeiro got the Championship 2nd Runner Up at 73 points.Both Open and Novice Champions go home with Suzuki Gixxer SF and Suzuki Gixxer motorcycles respectively, while the winners of the 2nd and 3rd positions take cash prizes of Rs. 20,000 and Rs. 10,000 each.The results for all the races are:

The first qualifier of the Red Bull Road to Rookies Cup comes to a promising finish!

The seven young enthusiasts raced each other for the first time ever in round one of the first edition of the Red Bull Road to Rookies Cup in India Mumbai, August 16, 2016: An action-packed […]

New Delhi, March 29, 2018: Suzuki Motorcycle India Pvt Ltd., a subsidiary of two-wheeler manufacturer, Suzuki Motor Corporation, Japan has announced a price-cut on the big bikes, in wake of the new policy announced by the Central Board […]