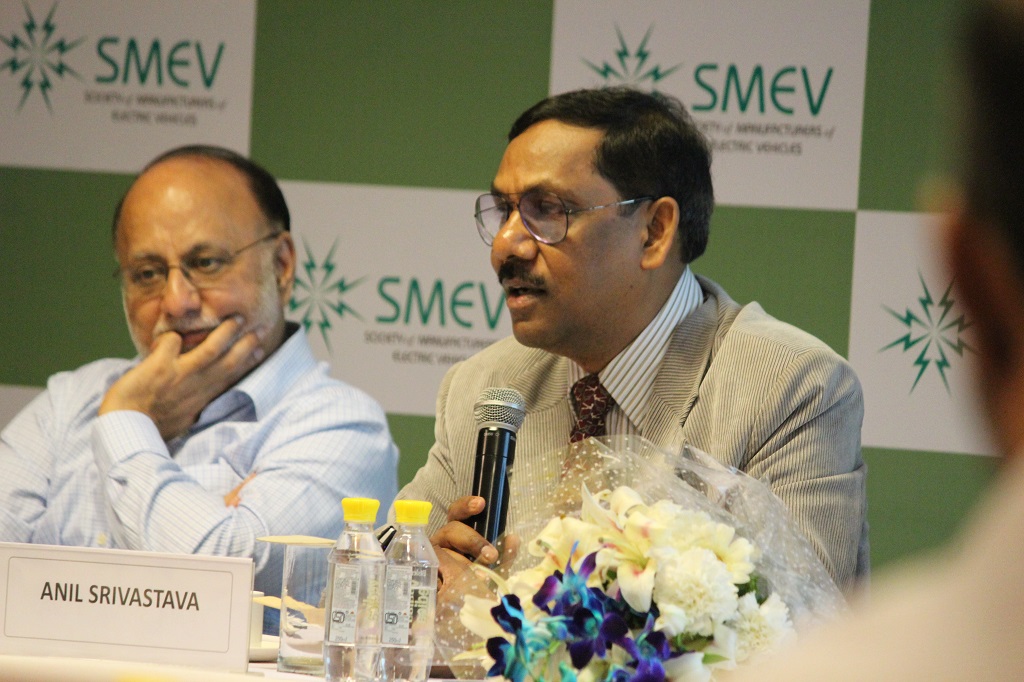 New Delhi 05th September 2017: Society of Manufacturers of Electric Vehicles (SMEV), held its Annual General Meeting 2017, in New Delhi, today. The leaders of the EV industry along with the representatives of DHI and NITI Aayog deliberated on the pressing issues for enabling widespread adoption of Electric vehicle.

Speaking at the SMEV AGM, Mr Sohinder Gill, Director- Corporate Affairs, SMEV said, “SMEV has worked closely with government in the last two years. This collaboration has resulted in creating favourable policy environment. Our achievements in the last one year have been, 12% GST for EVs in new tax regimes, SMEV role in upcoming NITI Aayog electric mobility plan, removal of mild hybrid vehicles from FAME scheme, assist DHI in standardization of protocol for charging infrastructure (working with), assisting MNRE for upcoming battery swapping mode, etc.”  Yet, much more needs to be done for the EV industry especially with respect to GST on lithium batteries, charging infrastructure and easier finance to the industry, Mr Gill added.

Speaking on the FAME, Mr Gill said. “The total sales of EV in the last 24 months were 36,000 under FAME. Data for FAME utilization shows improved sales of EVs, demonstrating that current electric market uptake is largely influenced by the policy environment.  Unfortunately FAME is expiring this month and we request the government to announce its continuation at the earliest.” 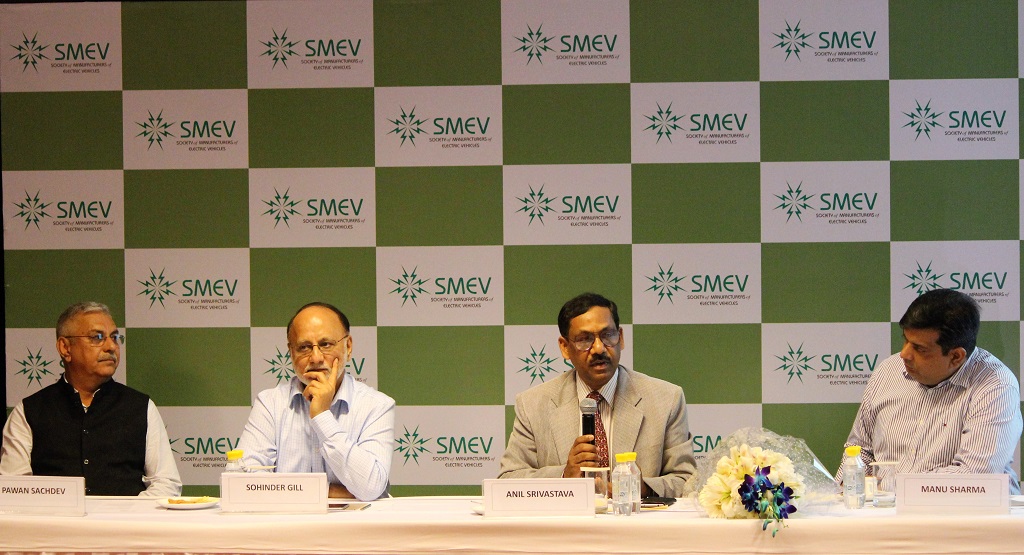 Mr Srivastava also announced that a workshop on the Electric Vehicle Mobility will be held within a month, where in industry participation along with Ministry of Power, Ministry of Road Transport & Highways and Department of Heavy Industry will participate. SMEV will be coordinating the workshop.

SMEV also discussed the recommendations to various Govt. Organizations for addressing the concerns of the Industry. These included:

Another anomaly that members of SMEV reflected upon is to quickly address the higher GST on the batteries, when sold separately at 28% against 12% when sold with the vehicles.  Lithium batteries usually need to be sold separately from the electric two wheelers to give a choice of the batteries at the point of sale. Such batteries have become significantly costlier because of the 28% GST, leading to a big dampener for the electric two wheeler customers. SMEV is requesting uniform GST rate for EVs and batteries at point of sale.

Members of the SMEV also lauded various state governments like – Delhi, Karnataka, Telangana, Maharashtra, Gujarat, Punjab, Orissa, Himanchal Pradesh, which have been supporting the industry with EV transformation through incentives and policy support. Members also appealed to other states to emulate the model.

The AGM concluded with the finalization of the wish list for the EV Industry which included,awareness campaign to promote adaptation of EVs, developing a viable charging infrastructure, higher incentive slab for EVs, need for a long term framework for EVs and priority lending in bank finance for EVs.

Bangalore, 20th June, 2017: Ather Energy, the smart electric two-wheeler start-up, today announced the recent hire of Vice President of Vehicle Development, Thiruppathy Srinivasan (Thiru). ”Having worked around the world and in India, I am […]

November 7th, 2020, Bengaluru: Ather Energy, one of India’s first intelligent electric scooter manufacturers, has raised an investment of $35 Mn in its latest round of Series D led by Sachin Bansal’s investment of $23 Mn. […]