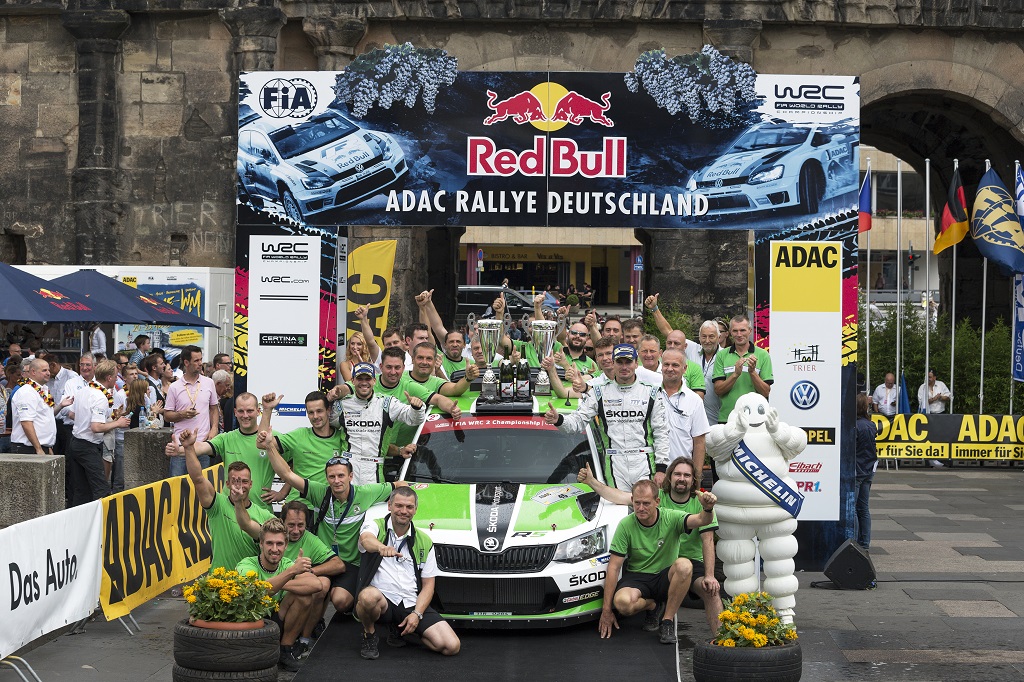 Mladá Boleslav, 15 August 2016 – After six victories in a row, including the home win for flying Finns Esapekka Lappi and Janne Ferm at the prestigious Rally Finland at the end of July, the Czech car maker boasts a strong contingent at the Rally Germany. As well as Lappi/Ferm, last year’s winners Jan Kopecký/Pavel Dresler (CZ/CZ) will also start for the ŠKODA Motorsport team at round nine of the FIA World Rally Championship (WRC 2), which takes place from 18 to 21 August.

“After the high-speed rallies in Poland and Finland, we will face completely different conditions at the Rally Germany,” says ŠKODA Motorsport Director Michal Hrabánek. “Instead of gravel forest tracks, the challenges we face in Germany include narrow asphalt roads through the vineyards of the Mosel region and extremely demanding stages on the iconic ‘Panzerplatte’. That means two things for us as a team: utmost concentration and an outstanding opportunity to demonstrate the strength of our ŠKODA FABIA R5 on asphalt. We obviously want to add to our winning run in the WRC 2 in Germany,” Hrabánek adds. 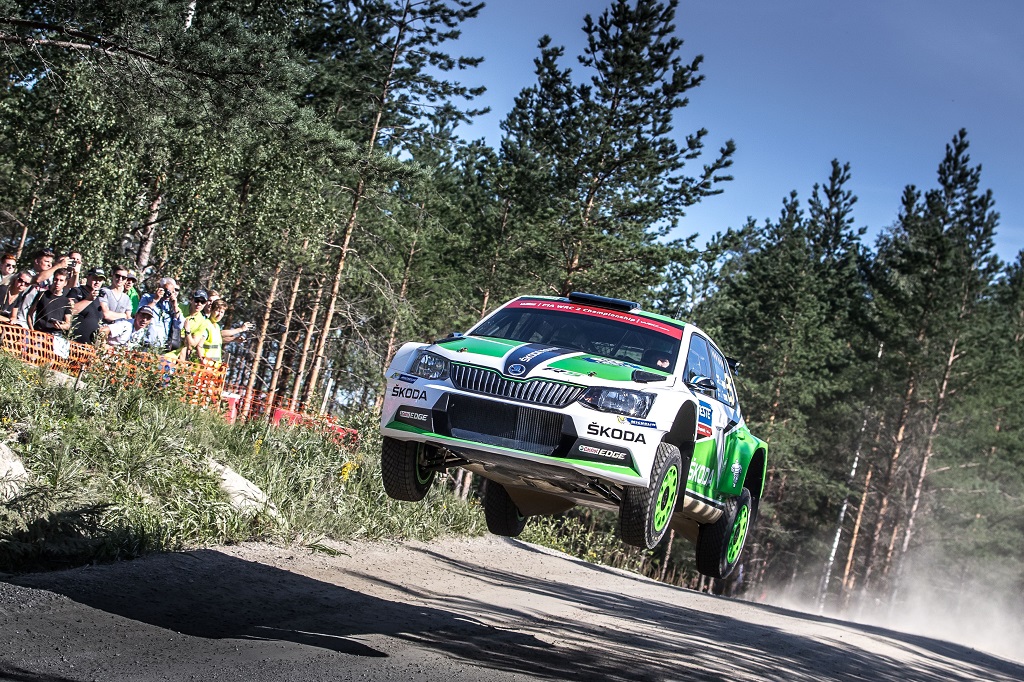 The Rally Germany is unique to the current world championship calendar. After six gravel rallies in a row, it is not only the first WRC event on asphalt and concrete roads, but it also has a totally unique character. While the Friday and Sunday of the rally take place on the winding asphalt roads in the Mosel vineyards around the rally centre of Trier, Saturday is all about the iconic ‘Panzerplatte’. This is the section on the Baumholder military training ground, which features medium-quick routes on a mixture of asphalt roads and concrete slabs. In total, the teams must complete 306.8 kilometres against the clock, spread over 18 stages between Friday morning and Sunday afternoon.

“I am very much looking forward to making my third start in the WRC 2 this year in Germany,” says Jan Kopecký. “I like the Rally Germany and always really like racing there. I showed with my win last year that the ŠKODA FABIA R5 is also one of the top cars in its class on asphalt. My goal for this weekend is to score as many points as possible for ŠKODA Motorsport in the WRC 2 team competition. Obviously, the best way to do this will be to win again,” Kopecký adds. 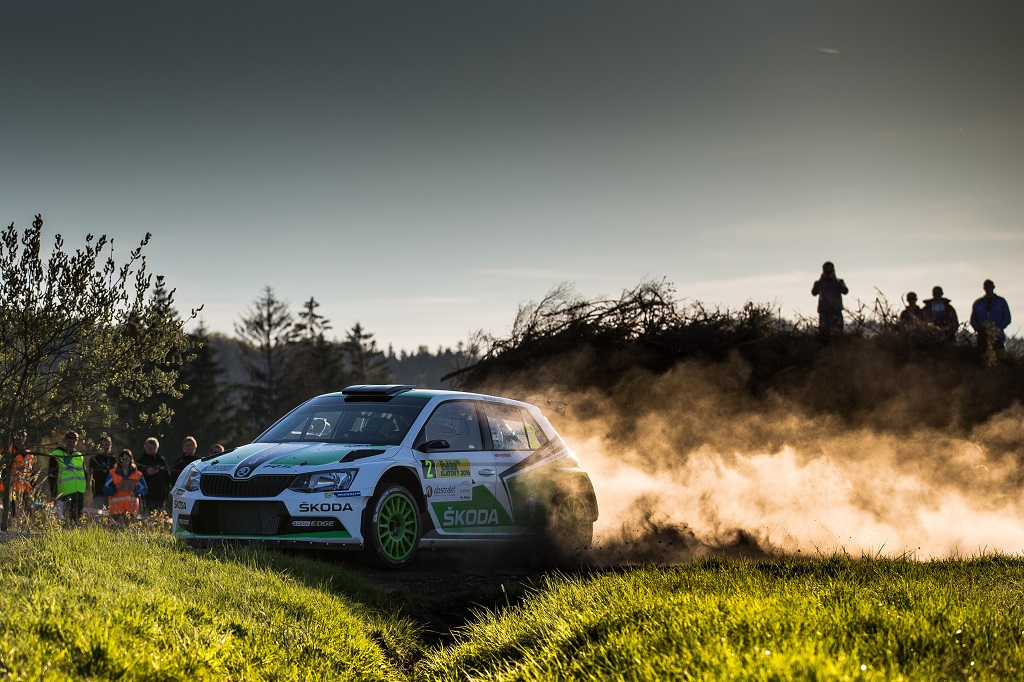 For Esapekka Lappi, the main goal for the Rally Germany is to add to his points tally in the WRC 2 Drivers’ Championship. The 25-year-old Finn is currently fourth overall (57 points) after his victory in Finland. None of the drivers ahead of him in the overall standings will be able to pick up points in Germany. World championship leader Elfyn Evans (GB, Ford, 95 points) and third-placed Nicolas Fuchs (PE, ŠKODA, 59 points) have opted not to race in Germany. Teemu Suninen (FIN, ŠKODA, 93 points), winner of the rallies in Mexico, Italy and Poland, will line up as usual in the ŠKODA FABIA R5 at the Rally Germany. However, as at the Rally Sweden, he has not registered for the WRC 2 classification, meaning he cannot score world championship points.

“The WRC 2 field at the Rally Germany is still extremely strong,” says Lappi. “Jan is just one of many favourites for the win. You also have the German and French drivers, who are traditionally very quick at asphalt rallies. I want to put on as good a show as possible and score as many world championship points as I can. I know that the ŠKODA FABIA R5 is also one of the best rally cars in the world on asphalt, I am convinced that I will pick up some good points.”

The third ŠKODA works duo of Pontus Tidemand (S) and Jonas Andersson (S) will also be in action in Germany. “I have very fond memories of the Rally Germany, and always enjoy racing there,” says Tidemand. “I won the race there in the Junior WRC in 2013, and then claimed my first WRC 2 victory in Germany one year later. I am now starting there for the first time with the ŠKODA FABIA R5 and my co-driver Jonas Andersson, and am looking to gain as much experience as possible.”

The last six WRC 2 rallies have been won by drivers in the high-tech four-wheel drive ŠKODA FABIA R5. Works driver Lappi won his home rally in Finland, while team-mate Tidemand climbed onto the top step of the podium at the Rally Portugal. 23-year-old Suninen was victorious at the Rally Italy in June and the Rally Poland in July, having started the winning run at the Rally Mexico. At the Rally Argentina, it was Nicolás Fuchs who was unbeatable in the fast and reliable four-wheel drive car from Mladá Boleslav.

… ŠKODA is the manufacturer with the biggest contingent of R5 cars at the Rally Germany? As well as the works cars of Lappi/Ferm, Kopecký/Dresler and Tidemand/Andersson, a further twelve crews will take to the route in a ŠKODA FABIA R5. Furthermore, Yannick Neuville (B), younger brother of WRC star Thierry Neuville (B), will take part in the Rally Germany in a ŠKODA FABIA Super 2000. You can find a list of all the ŠKODA teams below.

… world championship rivals Teemu Suninen and Pontus Tidemand are unable to score points at the Rally Germany, as they have not registered for the WRC 2 class at the Rally Germany? Each driver can score points towards the overall WRC 2 standings at seven selected rallies over the course of the year. The best six of these results count towards the classification. Gravel specialist Suninen, who is currently second in the world championship with 93 points, has been registered in the WRC 2 class for five of the rallies so far this season, winning three and finishing runner-up in another. Tidemand lies fifth (49 points) in the world championship after four WRC 2 outings (one win).

… the Rally Germany was held for the first time in 1982? The venue for the inaugural race was Frankfurt am Main. Victory went to Erwin Weber (D), who won the rally again ten years later.

… the Rally Germany first formed part of the World Rally Championship in 2002? Since then, the rally has only been missing from the WRC calendar in 2009.

… nine-time world rally champion Sébastien Loeb (F) has won the Rally Germany more than any other driver? The Frenchman triumphed nine times between 2002 and 2012.

… this year’s Rally Germany kicks off with the Shakedown on Thursday morning? The first special stage is on Friday morning, the last on Sunday afternoon. The presentation ceremony begins at 15:00 on Sunday.

* racing for ŠKODA Motorsport at the Rally Germany.

** not registered in the WRC 2 category at the Rally Germany, and therefore not eligible to score world championship points.

Tidemand ahead of Kopecký: One-two lead for ŠKODA Motorsport at the Rally Spain

At the front: Pontus Tidemand/Jonas Andersson 3.0 seconds ahead of the second ŠKODA works duo Jan Kopecký/Pavel Dresler Mud and rain: A total of three ŠKODA FABIA R5 at the front in difficult conditions in […]

Rally Germany: Good start for ŠKODA at World Championship rally among the vineyards