Force Motors, the market leader in large vans category, showcased six smart mobility solutions on the Traveller to serve tomorrow’s India. A pioneer in the field of light transport that gave India iconic brands like the Tempo, the Matador and the Minidor continues with its founder’s vision of harnessing the latest technology, anticipating the changing requirements and developing appropriate solutions for India. 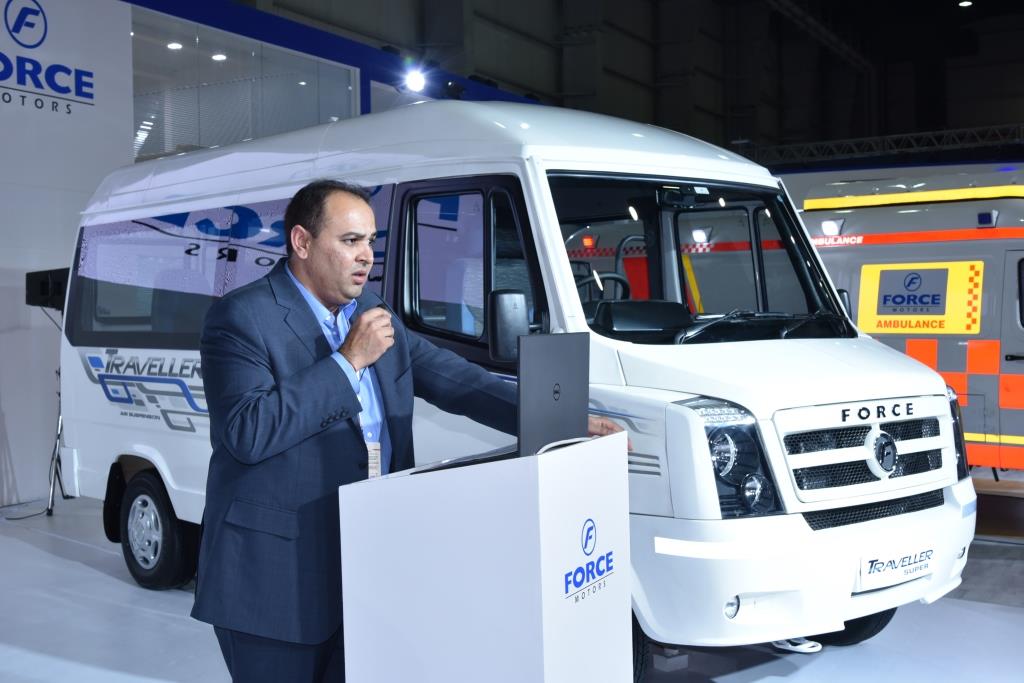 Inter-city luxury travel for up to 15 persons

These will be a boon to Tour and Travel operators who are unable to offer luxury travel to the tier2 and tier3 city customers because operating the large 12m inter-city coaches are unviable. TheTraveller range is powered by the proven Mercedes derived common rail engines, matching gear boxes with cable shift and molybdenum coated ground gears that offer unmatched performance and 10% better fuel efficiency than competition. 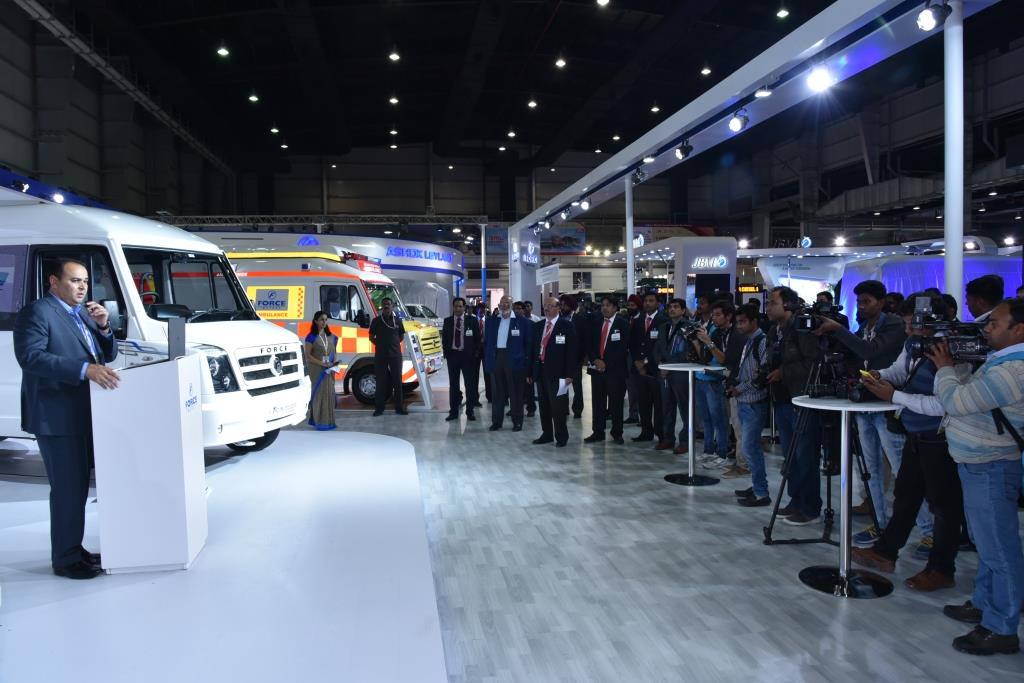 Intra-city Smart commuter for up to 21 persons

The 21 seater Traveller Smart Citi Bus meets all Urban Bus Specifications and comes withintelligent electronic passenger information system, driver operated jack knife doors, full standing height of 6 feet, wide gangway for standees making it best for intra city commutes. The main benefit of the Traveller Smart Citibus is that it will be viable to operate in smaller towns with low density routes and in congested areas where operating the large 12m buses are economically unfeasible. 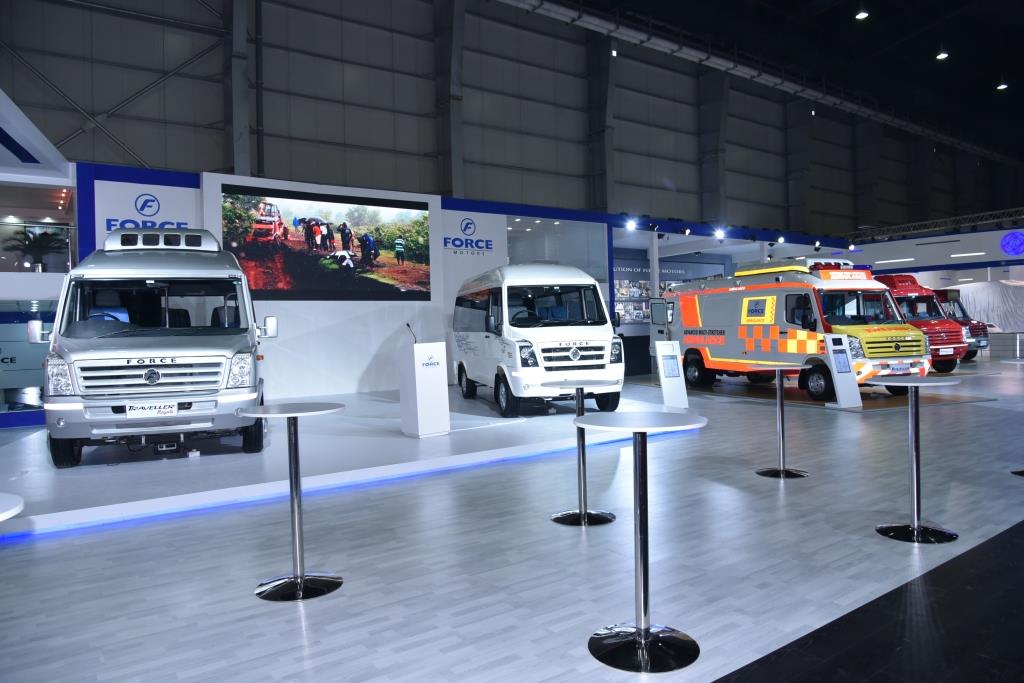 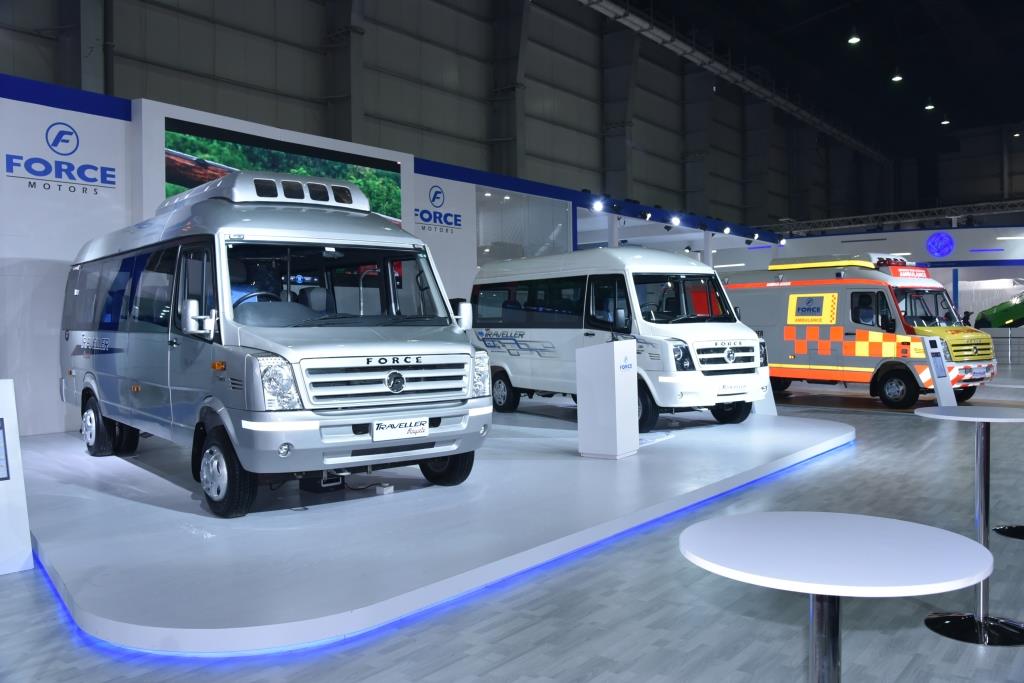 Disaster and natural calamity strikes without a warning. Being fore armed is the best way to contain casualty. In addition with rapid development, urbanization, increasing vehicle population and growth of infrastructure like expressways, speed of travel has increased leading to high impact collisions with higher number of fatalities and critical injuries.

The Traveller First Responder as the name suggests will be the first to reach the site of accident and using the ‘state of the art’fire-fighting and rescue equipmenthelp extricate victims quickly. The First Responder is equipped with Hydraulic Cutters, Spreaders, Jacks, Chain Saws, and Cordless Saws.It also has on board a generator, compressor to power the hydraulic and battery operated tools including the telescopic lights and quick up ladder. Unlike most disaster management vehicles that are built on the heavy trucks that are slower and not very maneuverable, the Traveller First Responderon account of its compact size and powerful Mercedes derived power train will be able to reach the site earlier.

The Traveller Four Stretcher Ambulance can transport 4 victims at a time to the nearest hospital. Force Motors is the first to develop an ambulance that has four stretchers laid out on the same level enabling attending to all the four patients at the same time. The Advanced Life Support equipment installed ensures medical assistance in transit during the crucial golden hour and help save lives. It also has a vehicle tracking, navigation and surveillance facility for planning the route and monitoring progress. On board cameras can stream live video footage to the hospital control room so that they are fully aware of the patients’ condition and are well prepared by the time the Ambulance reaches the hospital.

Motorsports is the testing ground for automobile makers. It is a matter of great pride that Force Gurkha clinched the top two positions at the first and second editions of the Rainforest Challenge – a top ten toughest motorsport event. The learnings from this will be incorporated in the future variants of Force Gurkha that will be introduced later this year.

Inspired by this proven and successful arrangement, leading European premium car maker BMW asked Force Motors to set up an exclusive state of the art facility to produce the engines for BMW Cars and SUVs being made in India. The company is proud to share that it has already supplied over 6000 engines since start of production in January 2015.

Force Motors has one of the largest computer aided design, development, testing, engineering and manufacturing infrastructure. We are proud to have assisted many leading international automobile manufacturers in locally designing, developing and manufacturing Press Tools, Die casting Dies, Jigs, fixtures and gauges. Critical parts such as B-Pillar inner and outer dies,  andCritical Part dies for various international OEMS have been engineered and developed by Force Motors.

Force Motors is the Principal Sponsor of the local team for Season 4 of Pro Kabaddi The company sees a strong connect of the indigenous sport with its customer base Force Motors, Pune based automotive […]

The Board of Directors of Force Motors Limited adopted and approved the Unaudited Financial Results for the Quarter ended 30th September, 2016. Highlights The Company continued to show good performance during Q2 FY 2016-17. The […]