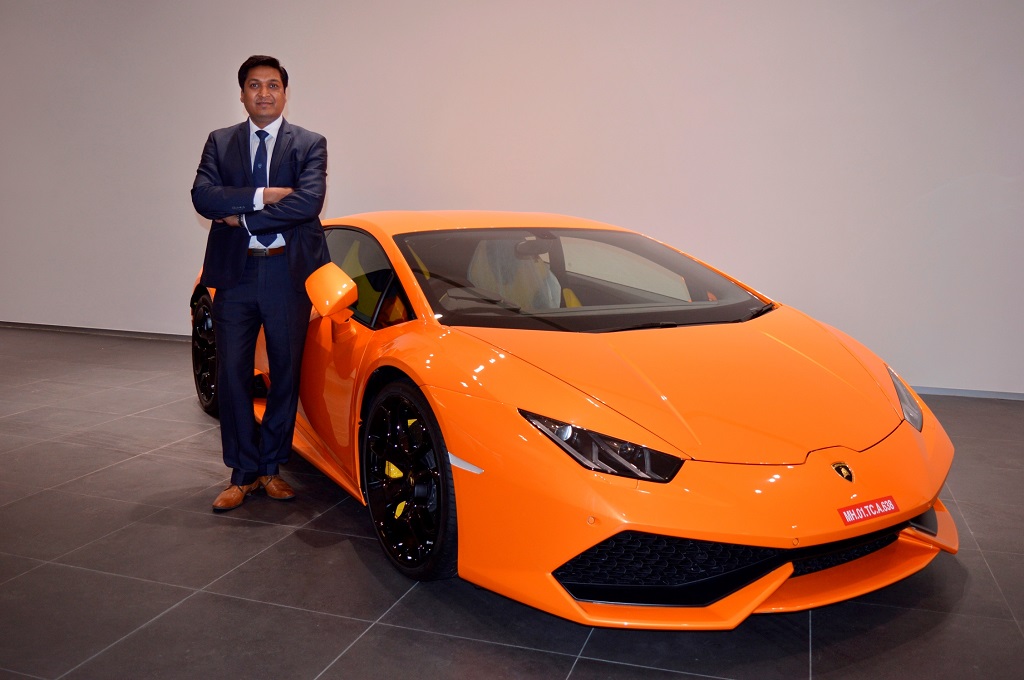 Sharad Agarwal, previously the Head of Field Forces for Audi India, has now been appointed as the Head of Lamborghini India with immediate effect.

As the Head of Lamborghini India, his role is to drive the entire spectrum of activities for Lamborghini in India, overseeing the functions of Sales, Marketing, After Sales and Network Development. Sharad will bring his strategic and strong business understanding to further strengthen Lamborghini’s positioning within the Indian auto industry. Sharad’s exceptional attention to detail in everything will help the brand to focus on growth and excellence.

Commenting on the appointment, Andrea Baldi, General Manager of Automobili Lamborghini Asia Pacific said, “It’s indeed a pleasure to welcome Sharad as the Head of Lamborghini India. Sharad comes with 15 years of experience in the automotive industry and his expertise and contribution will allow us to further strengthen the brand in a market Lamborghini considers strategic and one of the most promising thanks to the already announced arrival of the Lamborghini SUV, URUS, announced in 2018.”

Founded in 1963, Automobili Lamborghini is headquartered in Sant’Agata Bolognese, in Northeastern Italy. The Lamborghini Huracán LP 610-4, which made its international debut at the Geneva Motor Show in 2014, the Huracán Spyder and the rear-wheel-drive version LP 580-2 of 2015 are the successors to the iconic Gallardo. With their innovative technology and exceptional performance, they redefine the driving experience for luxury super sports cars. The Coupé and Roadster versions of the Aventador LP 700-4, along with the Aventador LP 750-4 Superveloce, represent a new benchmark in the world of V12 luxury super sports cars. With 135 dealerships throughout the world, in half a century Automobili Lamborghini has created a continuous series of dream cars, including the 350 GT, Miura, Espada, Countach, Diablo, Murciélago, as well as limited editions including the Reventón, Sesto Elemento and Aventador J. The Veneno Coupé, Egoista and Veneno Roadster were produced to celebrate the company’s 50th anniversary in 2013.

One-off limited edition of 20 roadsters following the introduction of the coupé, all sold, at a start price of 2 million euros plus tax V12 naturally aspirated engine with 770 hp: most powerful built by Lamborghini, weight […]