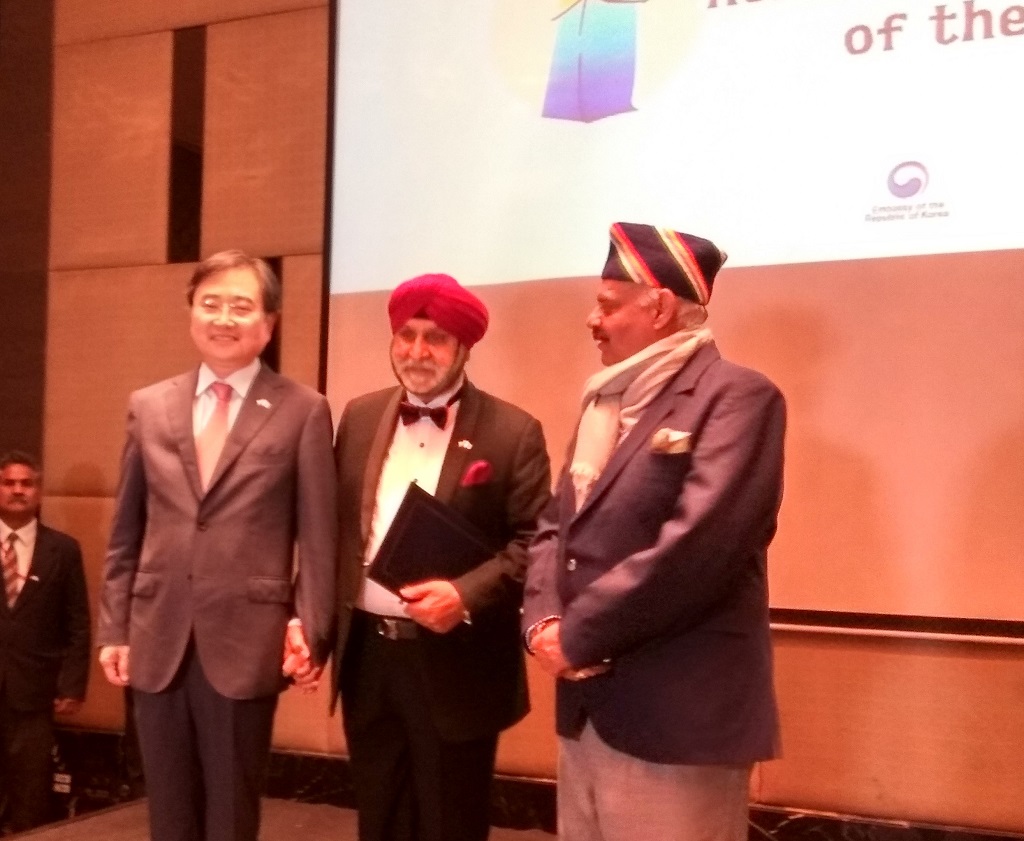 THE APPOINTMENT AND SETTING UP OF CONSUL GENERAL OFFICE WILL FURTHER STRENGTHEN THE INDO-KOREAN TIE IN AREA OF INDUSTRY, EDUCATION, SKILL BUILDING AND CULTURE

Mr. Jagdip Singh, Chairman, Sigma Group of Companies , leading  manufacturer and exporter of automotive parts from the country, has been appointed as the Honorary Consul General  of the Republic of Korea (south Korea ).

The appointment was officially announced in the presence of the Korean Ambassador to India, H.E. Cho Hyun , Honourable Governor of Punjab V B Singh Badnore and other dignitaries.

“As an Honorary Consul, Mr. Jagdip Singh will work towards further strengthening the collaboration between the two nations; promoting culture, industry & commerce, facilitating investments, educational exchange and enhancing goodwill. The office of the Honorary Consul will also provide limited consular assistance in the states of  Punjab, Haryana, Himachal Pradesh and Chandigarh and support the Korean citizens within these states.” Said the Korean Ambassador to India H.E.Cho Hyun at a function here today

“Republic of Korea has been one of the major and the oldest economic partners of India, by being among the first few countries to invest in the Indian economy post its economic liberalization in the early 1990s. Appointment of Mr Jagdip Singh as Consul General will help towards further strengthening the collaboration between the two nations; promoting culture, industry and commerce, facilitating investments, educational exchange and enhancing goodwill. “  said Ambassador Hyun.

“Korea’s investment in India also recorded a remarkable increase, with more than 4 billion dollars of FDI being invested. As a result, more than 450 Korean companies are currently operating in India and an increasing number of their products are becoming familiar household for Indians. Korean companies are also actively involved in numerous infrastructure projects in India such as highways, subways, and major construction works in power sectors.” Said ambassador

“Mr Jagdip Singh has earned himself an exceptional reputation through his commitment towards business  social responsibility and by building strong relationships between both our countries,” said Korean ambassador.

“The appointment of Jagdip Singh as Hon Consul general will allow us to expand and deepen our engagement and activities in the states of Punjab, Haryana, Himachal and Union territory Chandigarh. It is our fortune that Jagdip singh is and remains deeply invested to the issues at the core of our bilateral relationships,” said Mr Hyun .

“Korea is India’s most important trading partner in Asia and our countries share a strategic partnership,  I value my deep professional and cultural  bond with Korea and look forward to further strengthening our ties in the areas of business, education and culture in the prosperous states assigned to me,” said beaming newly appointed Hon. Consul General  Mr Jagdip Singh.

In terms of exports, Korea ranked amongst Top 20 export destinations for India during January-September 2016 with exports totalling USD 2.7 billion as compared to USD 2.8 billion in 2015 (January-September).

Mr. Jagdip Singh comes from a humble but reputed and distinguished family of entrepreneurs from the State of Punjab, one of the best developed States of India.  Presently he heads, as Group Chairman, Sigma Group of companies, engaged in the manufacturing of Automobile components, which are supplied to almost all car / truck / bus manufacturers in India as also abroad to reputed Car Manufacturers’  like Mercedes Benz, BMW, Porsche, Audi, GM, Ford etc.  Due to its large manufacturing base and reach, Sigma is considered as one of the largest and well respected Groups in the field of Automobile components manufacturing.  The Group employs over 4000 people in its manufacturing facilities located in the States of Punjab & Haryana and has a marketing office in Chicago, USA.