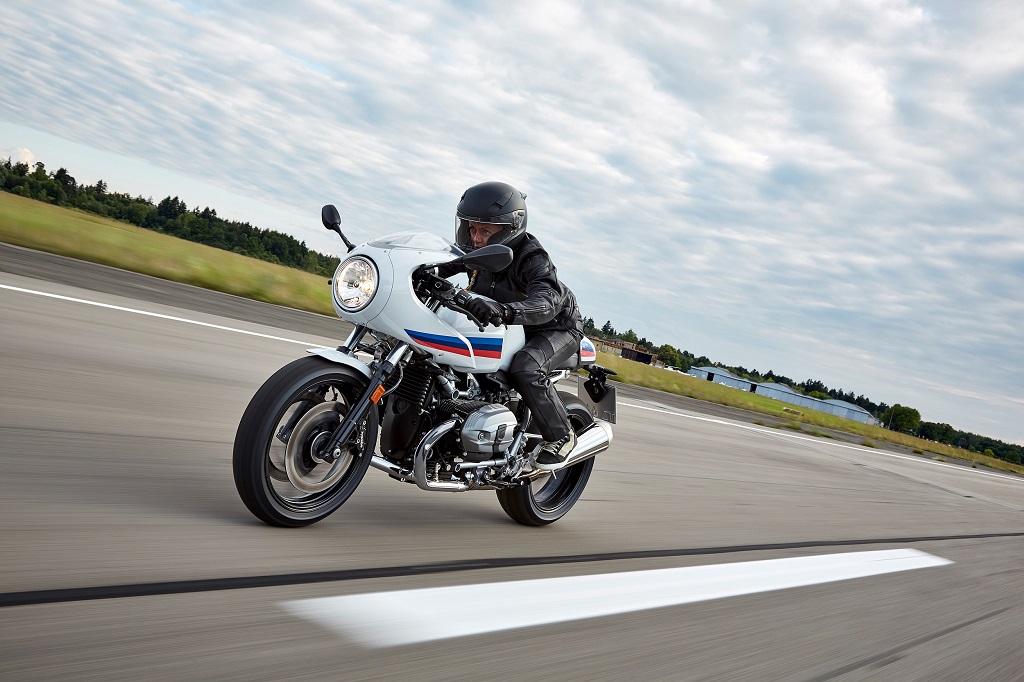 Reminiscent of the era of legendary superbikes of the 1970s, the new BMW R nineT Racer is a unique combination of classic identity with sporty performance and innovative technology, in customary BMW Motorrad quality.

Mr. Vikram Pawah, President, BMW Group India said, “What BMW Motorrad has created with the new BMW R nineT Racer is a masterpiece. It is an expression of a timeless motorcycling culture that celebrates pure riding, sportiness and yet absolutely stands apart in its designing and appeal. Deriving its charm from the past, it delivers sheer riding pleasure of today. Crouched behind the striking half fairing, both hands tight on the low-slung handlebar grips, you can feel the powerful boxer work, you hear its unmistakeable roar. And you already know, only a strong character can hold the racing line. On the road, as in life.”

Mr. Dimitris Raptis, Head of Region Asia, China, Pacific, South Africa, BMW Motorrad said, “For a lot of motorcycle fans, less is very often more – which is why they opt for ‘pure motorcycling’ and the kind of motorbike that authentically embodies this approach. BMW Motorrad responded to this trend with the BMW R nineT in 2013 – a model that has enjoyed ongoing success and popularity ever since. The BMW R nineT was followed up by distinctive variants that have experienced equally positive response and success. Now BMW Motorrad presents the new BMW R nineT Racer – another exciting new facet to the BMW Motorrad heritage world of experience, one that inspires nostalgia among enthusiasts to this day.” 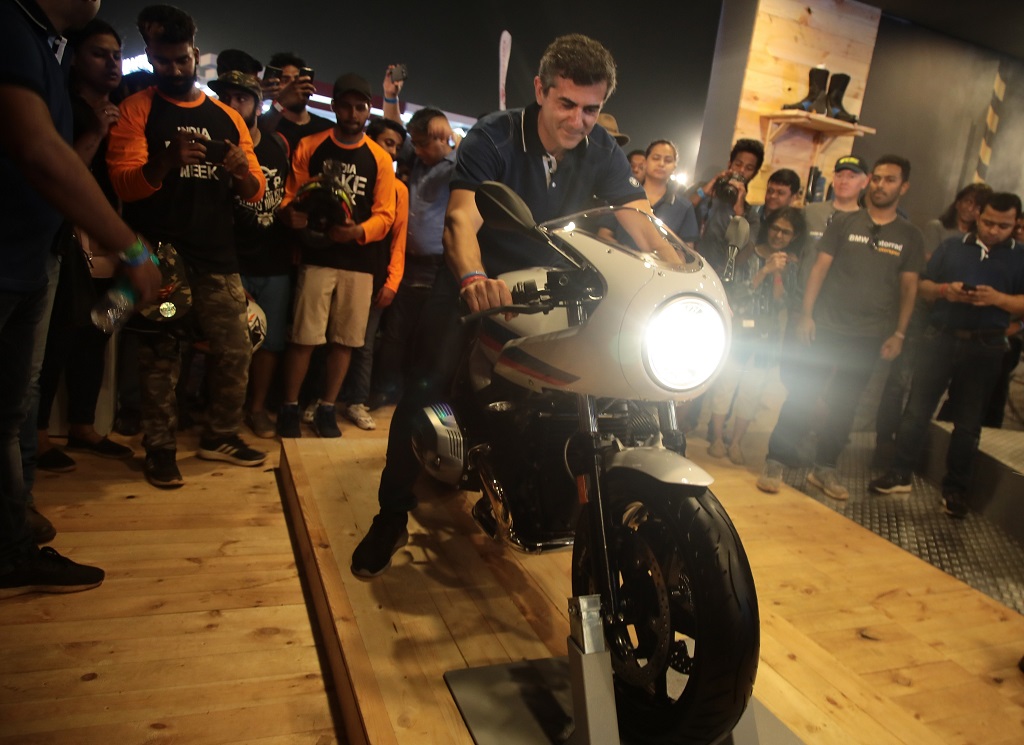 The new BMW R nineT Racer is available for ordering across all BMW Motorrad dealerships as a CBU (Completely built-up) at an ex-showroom price of INR 17,30,000.

*Price prevailing at the time of invoicing will be applicable. Delivery will be made on ex-showroom basis. Ex-showroom prices inclusive of GST (incl. compensation cess) @31% as applicable in New Delhi but excludes Road Tax, RTO statutory taxes/fees, other local tax/cess levies and Insurance. Prices and options are subject to change without prior notice. For further information. Please contact your local Authorised BMW Motorrad Dealer.

The design of the new BMW R nineT Racer unmistakably takes inspiration from the 70s motorsports. Crouched, compact and elongated, it conveys a sense of old-school sporty aspiration with its strikingly short half-fairing and one-man hump seat. The low-slung handlebars along with high-set footrests and rider seat slightly raised at the rear complete the sporty yet comfortable seating position.

The frame finished in Aluminium Silver prominently presents a striking contrast with the black drivetrain. Running on white bodywork from front to rear, the tape in true BMW motorsport colours seems to constantly call for the next acceleration. In addition, the 2-in-1 exhaust in typical café racer design shows that the technology does not have to hide either.

The typical café racers of the 1970s always featured analog circular instruments, and this detail is faithfully reproduced in the new BMW R nineT Racer while still making use of modern technology. The on-board computer provides a large and clear display on a segmented screen of the most important information such as time, active gear, remaining range, trip distance, service interval, average speed and fuel consumption.

On the new BMW R nineT Racer, you ride like you sit. Its state-of-the-art technology and performance is as impressive as its design, an absolute pleasure for motorcyclists waiting to hit the throttle. Combined with a 6-speed transmission, the powerful air/oil-cooled 1,170 cc boxer engine produces an output of 81 kW (110 hp) at 7,750 rpm for a highly dynamic power delivery, even at low speeds. The exhaust system has an electric servomotor and an acoustic valve for that sonorous boxer sound.

The sporty riding character of the new BMW R nineT Racer is reflected in the suspension geometry, which is geared towards light-footed handling, a neutral cornering response, a high level of directional stability and above all riding fun on winding roads. Front-wheel control is decidedly classic in style with a conventionally designed telescopic fork featuring 125 millimetres spring travel. Rear-wheel control is taken care of by means of a Paralever single-sided swinging arm. The central spring strut further improves suspension and damping, offering a spring travel of 120 millimetres. The spring rest is adjustable and rebound-stage damping can also be set to continuously variable levels.

Secure deceleration is ensured by 4-piston brake calipers at the front, along with floating brake discs with standard ABS (Anti-lock Braking System). In order to prevent the rear wheel from spinning on slippery roads, ASC (Automatic Stability Control) is also available as standard.

The new BMW R nineT Racer responds to the desire of many motorcycle fans to be able to make custom modifications by providing a special frame concept. The modular steel tubular space frame comprises three components that are bolted together: a main front section, a rear section with integrated end piece and a passenger frame. The removable passenger frame offers scope to change the look according to individual preferences. Alternatively, for riders who do not want to go solo, BMW Motorrad accessories offers an option of a bolt-on passenger frame complete with seat and footrests.

2,563 units delivered in 2020. Notable annual growth of 6.7% in an exceptionally tough year. Striking growth of over 51% in the last quarter. Gurugram. BMW Motorrad India delivered 2,563 motorcycles to customers in calendar year […]