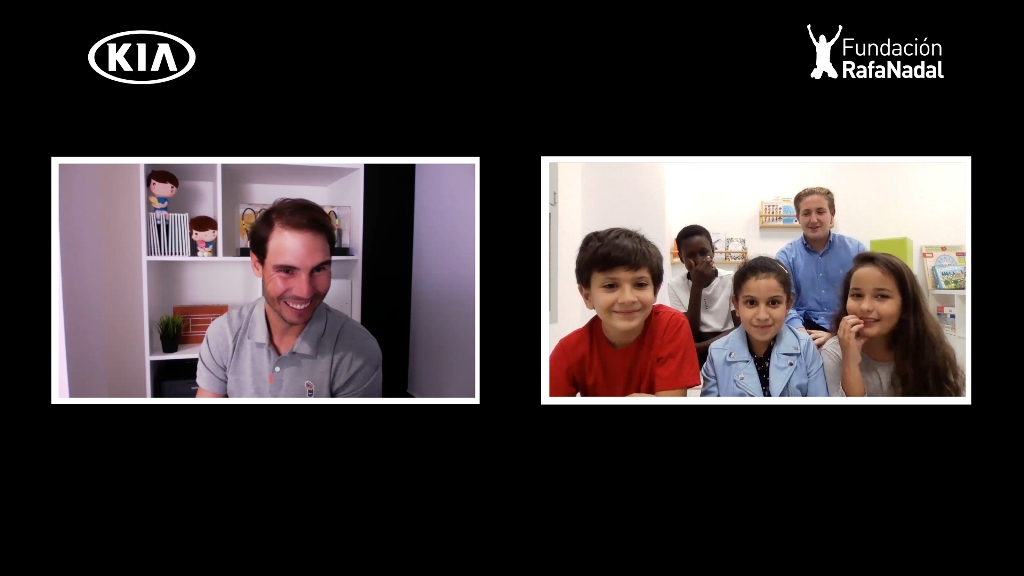 ●      Rafa Nadal speaks to children from the Rafa Nadal Foundation on staying positive during lockdown, and how he trained from home without picking up a tennis racket

(SEOUL) December 10, 2020: Kia Motors Corporation helped bring together its global brand ambassador, Rafael Nadal, with five children from the Rafa Nadal Foundation in Spain for a once-in-a-lifetime opportunity to meet their hero virtually.

In the heartwarming conversation between Nadal and the group of children, he opened up about the difficulty he experienced during the first weeks of the COVID-19 lockdown and coming to terms with the situation. He also described his 20th Grand Slam victory as not being the same without his fans and loved ones being there to celebrate in person.

Kia brought the children together with Rafa as part of its #TakeOn20 campaign. The initiative, which launched in October, galvanized fans from around the world to support Rafa to his record equaling 20th Grand Slam victory, despite being unable to physically travel to Paris to watch him. The campaign shed a light on the support everyone needs in this particularly tough year, and Kia committed to provide additional support to those most in need through the Rafa Nadal Foundation.

The Rafa Nadal Foundation, which Kia has supported since it opened its doors, celebrates its 10-year anniversary this year. Through education and sports, the Foundation aims to help children and teenagers around the world by offering them equal opportunities. Discussing their goals, Rafa said, “Because of where these children were born and their family situation, they have an uncertain future. We want to provide them with the tools for their personal and social development.”

Artur Martins, Head of Global Brand & Customer Experience at Kia Motors Corporation, recognized the efforts of the Rafa Nadal Foundation and said, “To be able to support the Rafa Nadal Foundation brings us great pride here at Kia. The work the team across the world has been doing for these children over the last 10 years has been incredible and we hope our support will continue to make a difference.”

Throughout the online meeting, the children joked with the 20-time Grand Slam winner about their favorite sports, films and even what gym equipment Rafa had at home during the first few months of the pandemic.

The oldest member of the group, 15-year old Dani, describes the Foundation as being like a second family. Having been a part of the Foundation for four years, it has helped him with every part of his life and he has made lots of friends.

In April 2017, Kia Motors signed a memorandum of understanding (MOU) with the State Government of Andhra Pradesh, India, to build a new manufacturing facility in Anantapur District, completed, and commenced the mass production in August 2019. The manufacturing facility has an annual production capacity of approximately 300,000 units. Kia Motors India has launched three vehicles for Indian market – The Seltos, The Carnival and The Sonet and has made a mark in India with product and service quality and reliability. The Seltos, establishing itself as a trusted product by brand Kia, has crossed 100,000 sales milestone in just one year of its sales period. Kia Motors is globally known to make quality vehicles, which address the gaps in the automotive market, and Seltos too have won many accolades in India. Tasting initial success, third product of Kia Motors India the Sonet has secured 6523 bookings on the first day of commencement of pre-bookings. In April 2020, Kia’s two global products Telluride and Soul EV have bagged world’s most prestigious automotive awards – The World Car of the Year and The Urban Car of the Year respectively at the WCOTY 2020. Kia Motors India has the widespread network of 265 customer touchpoints, in 160 cities across Tier 1, 2 and 3 cities in India.