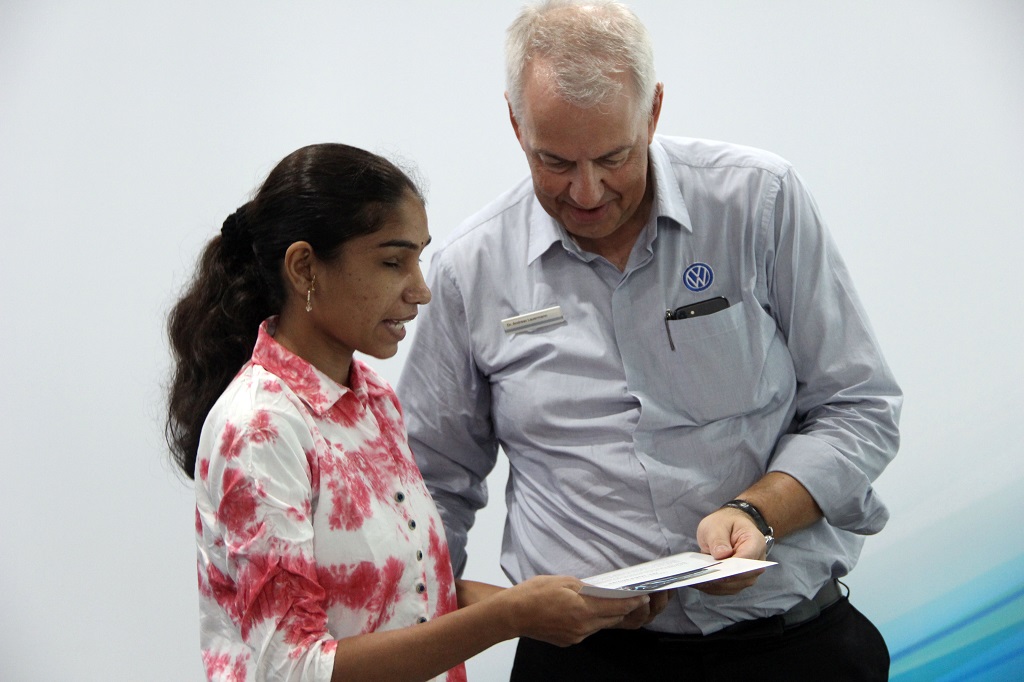 Pune, July 03rd, 2017: Visitor Services division at Volkswagen India has designed a unique tour at its Pune facility for the visually challenged. The idea for such a tour came from two visually challenged interns who spent some time understanding the functioning of Volkswagen Pune Plant. As part of the internship programme the enthusiastic duo, Jyoti Gore and Usha Shinde former students of the Jagrity School for Blind Girls, understood various steps of production by memorising the processes and recording the typical sounds and even smells during the walk through the plant. Not just that, they also learnt in detail about cars through touch by feeling the shape of the car, quality of the leather and the cockpit.

On completion of the internship, the two girls impressed the employees of Volkswagen India by taking them around the plant and explaining them how the cars are built at the facility. The exercise impressed all the participants instantly and thus came the idea of a unique plant tour that could become a regular feature for the visually challenged people in the future. Not only does the tour help the differently abled people understand how Volkswagen builds its cars, but also provides a fresh perspective even for those with common abilities. 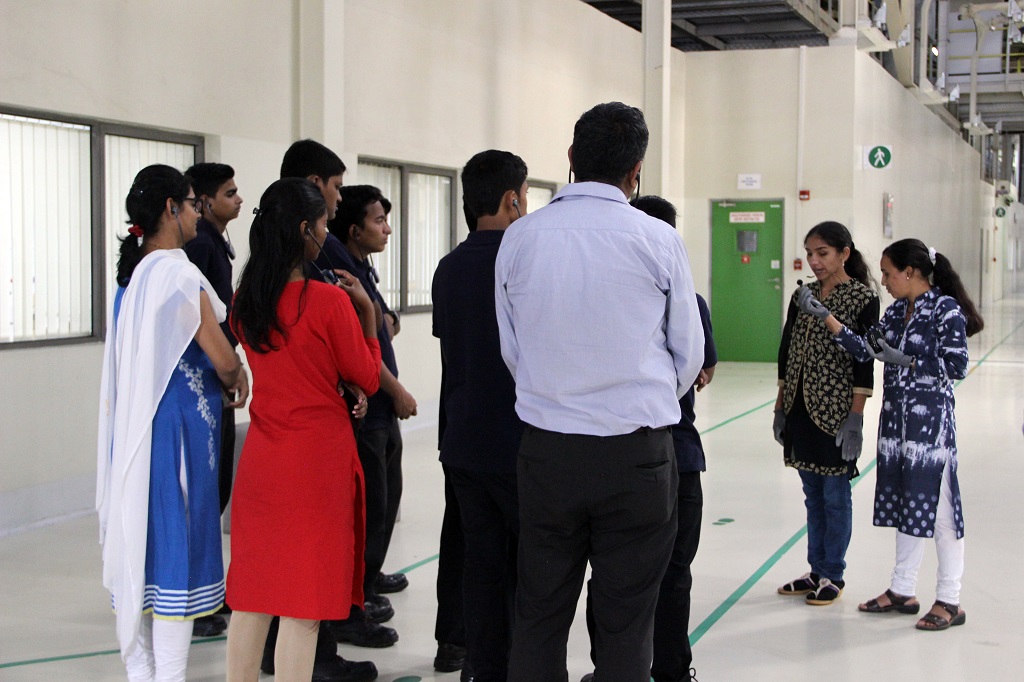 Jyoti and Usha have not let their inability to see keep them from learning and having new experiences. During their time on the shop floor they have met new people, understood their job profiles, visited different areas across the plant and mapped the facility that is now being can be presented to other visually impaired guests of Volkswagen.

Dr. Andreas Lauermann, President and Managing Director, Volkswagen India Private Limited said, “As much as we can offer to teach young and talented individuals, there are times when we have the opportunity to learn from them as well. Jyoti and Usha have given us such an opportunity to see a different side to our Pune Plant.” He further added, “The success of this project is now making us look forward to more of such tours in the future.”

All Volkswagen carlines in India are now available with ABS and Dual airbags as standard Cars with standard fitments for the Polo and Vento are available across all Volkswagen dealerships in India Volkswagen, Europe’s leading […]

–       The Ameo has been awarded the Compact Sedan of the Year at NDTV Car and Bike Awards and Motor Vikatan Awards Volkswagen, Europe’s leading manufacturer, received 2 awards for its Made in India and […]