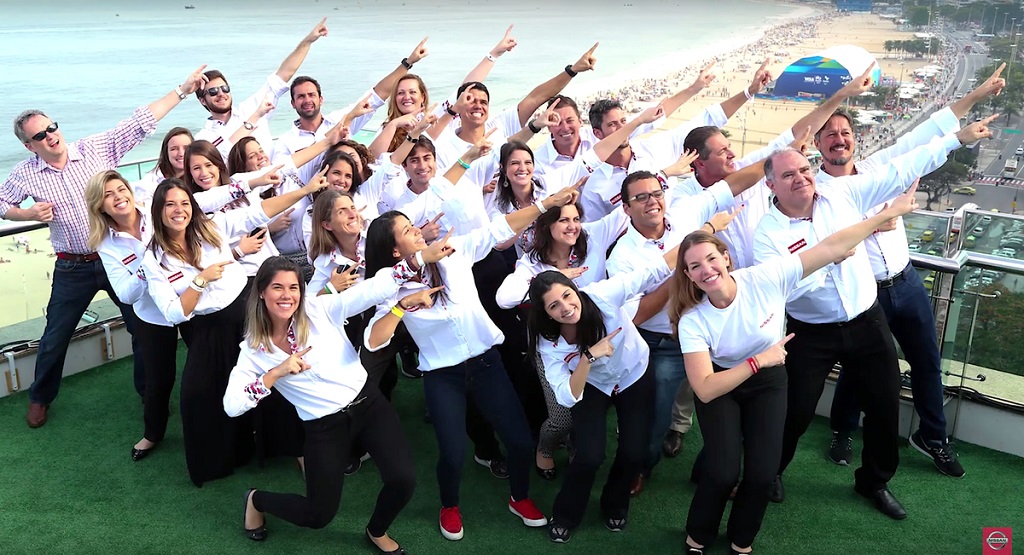 The campaign, dubbed, “Happy Bolt Day,” will feature integrated content and a fan-led social media activation. Launching today, fans around the world will be invited to imitate Bolt’s famous lightning bolt pose on social media via the hashtag #HappyBoltDay. Click here to watch the #HappyBoltDay video, which includes a special message from Usain Bolt’s parents Wellesley and Jennifer, and to RSVP on Facebook to join the global celebration.

“Usain Bolt has been pushing the limits and daring to go further his whole career. We wanted to celebrate this special moment in time and find a way to thank Usain for everything he has done for his fans over the last eight years,” said Jonathan Adashek, Nissan’s chief communications officer.

Nissan also released the second and final installment of its “Bolt vs. Flame” film this week. Released globally across Nissan channels after Bolt’s win on Sunday, the video shows the successful culmination of Bolt’s attempt to outrun his greatest challenger yet – fire. A two-minute, documentary-style film released in July showed Bolt being challenged in a fictional “Fire Research Laboratory” to contend against the speed of a flame. The video, filmed in Bolt’s home country of Jamaica, also shows the sprinter driving his custom Nissan GT-R painted in “Bolt Gold.”  Visit the Nissan Brazil YouTube page to watch Part 1 and Part 2 of Bolt vs. Flame.

Bolt was named Nissan’s Global Director of Excitement in 2012, serving as an ambassador for Nissan’s popular GT-R, one of the world’s fastest sports cars. The 2017 Nissan GT-R will be launched in India in 2016, making this year the most exciting yet for the Japanese brand in India.

Ex-showroom prices reduced by an average of 3% NEW DELHI (July 6, 2017) – Nissan Motor India Pvt. Ltd. announced that it will pass on the benefits of the GST (Goods and Services Tax) to […]