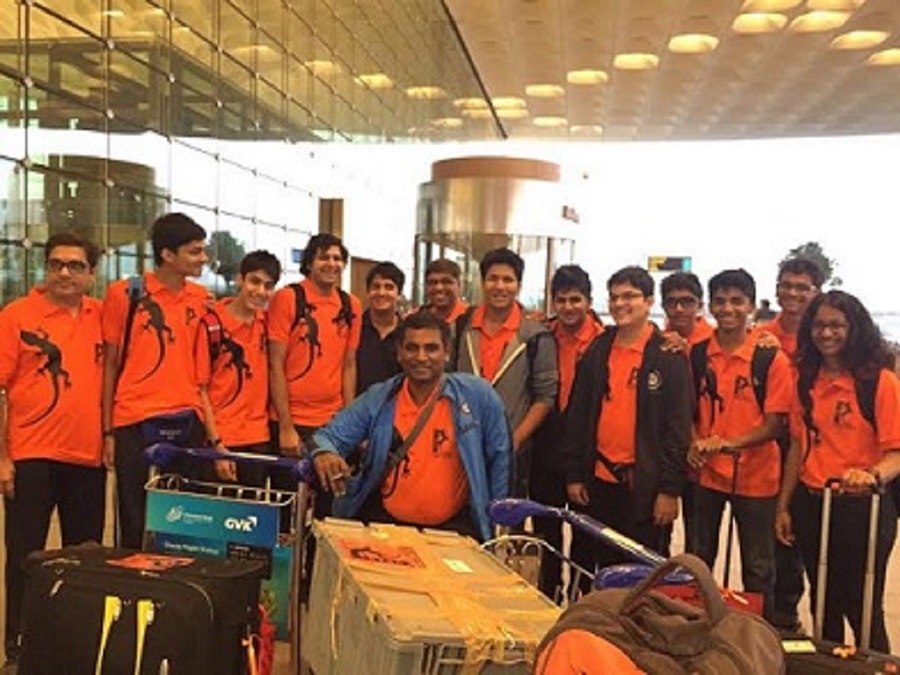 A very talented team from Mumbai is all set to participate in this year’s ‘First Robotic Competition (FRC)’ which will be held on 17thMarch at the Sydney Olympic Park, Australia. It is the very first time that a rookie team from India has qualified to be a part of this competition.

The Indian team ‘R FACTOR’, sponsored by The Narotam Sekhsaria Foundation, Parle-G, Juliet and Challenge, has 16 boys and girls aged 14 to 17 years from Mumbai schools (Dhirubhai Ambani, Jamnabai Narsee International School, Ecole Mondiale World School and others). They are being mentored by Mrs. Asha Sundararajan of Childrens Technology Workshop in Juhu. The competition is a culmination of six weeks of teamwork that includes designing, building and programming robots to enter the event.

Combining the excitement of sport with the rigors of science and technology, First Robotic Competition is said to be the biggest robot building contest with nearly 50 teams from across the world, including U.S.A., China, Taiwan and Australia competing to pitch their robots against each other. Organised in collaboration with Macquaire University, Google, Ford, AndyMark, SalesForce, Autodesk, Rockwell Automation, BAE Systems and Boeing, this robot building contest celebrates and inspires love of Science, Technology, Engineering and Maths (STEM) in children. This competition is aimed at inspire young people to be science and technology leaders, by engaging them in exciting Mentor-based programs that build science, engineering, and technology skills, that inspire innovation, and that foster well-rounded life capabilities including self-confidence, communication, and leadership.