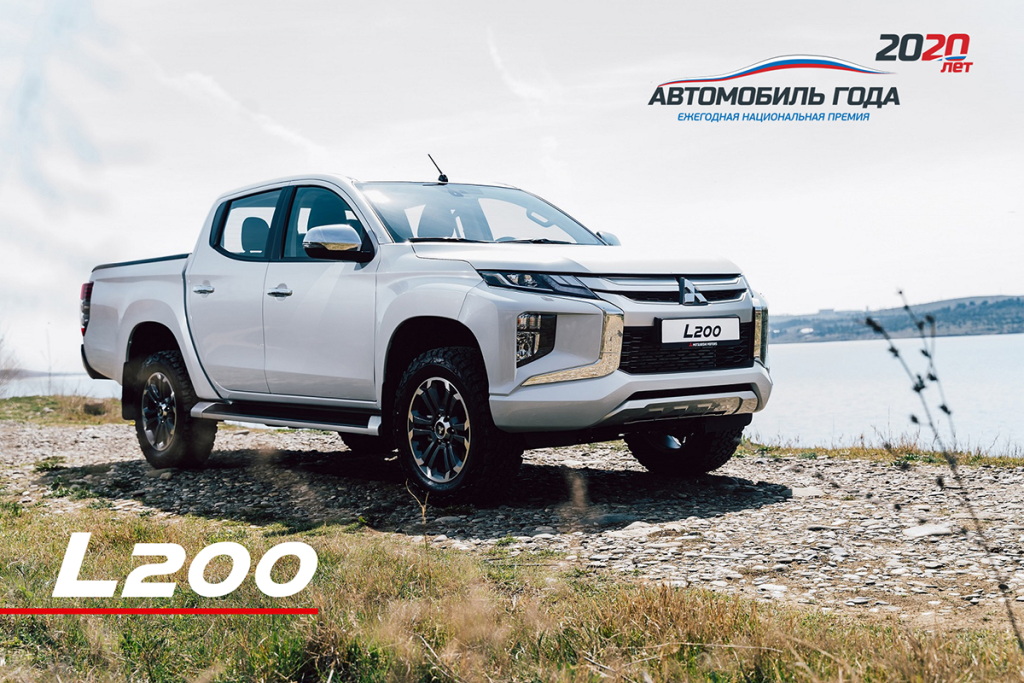 Tokyo, September 28, 2020 –The MITSUBISHI L2001 1-ton pickup truck won the Russia Car of the Year 2020 in the category of pickups, being recognized for its durability, reliability, 4WD off-road performance, comfort and design. The award has the largest popular vote in Europe, of which nearly 1.5 million people in Russia nominated the winners in each category from the online voting system.
In addition, the L200 also earned the TOP 5 AUTO award2 in light commercial vehicle/pickup category and the SUV of the Year 20203 in the pickup category. 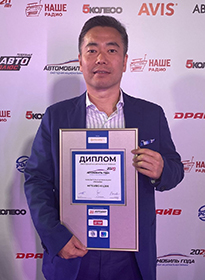 The L200’s powerful design which embodies the “Engineered Beyond Tough” concept and the 4WD off-road performance, along with the combination of durability, reliability and comfort engineered to meet the needs of both commercial and private users, have won the affection of many customers and helped L200 receive such highly acclaimed awards.
“The first generation of the Mitsubishi 1-ton pickup truck made its global debut in 1978, and approximately 5 million vehicles have been produced,” said Osamu Iwaba, president and chief executive officer of MMC Rus LLC, the official distributor of Mitsubishi cars in Russia. “The Mitsubishi L200 has become a popular nameplate in Russian families. More than 63,000 car owners have used it for commercial purposes or as a family car. We are very proud that so many Russians have chosen the L200 pickup to be their reliable companion, and we thank everyone who voted for the model.”
The L200/TRITON is one of MITSUBISHI MOTORS’ most important strategic models. Since the global debut of the facelifted version in 2018 and its Russian launch in the spring of 2019, it has been rolled out to 135 countries across the world, with total sales volume reaching more than 258,000 units as of August 2020.
1. Sold as TRITON in some markets.
2. TOP 5 AUTO is an award voted by automotive business experts including journalists in Russia. A total of 48 people from Russia took part in the final vote this year.
3. The SUV of the Year is an award voted by three audience groups, automotive media, bloggers and general public, in Russia. This year, 10,000 people from the general public voted online.
About MITSUBISHI MOTORS
MITSUBISHI MOTORS CORPORATION is a global automobile company based in Tokyo, Japan, which has a competitive edge in SUVs and pickup trucks, electric and plug-in hybrid electric vehicles.
Since the Mitsubishi group produced its first car more than a century ago, we have demonstrated an ambitious and often disruptive approach, developing new vehicle genres and pioneering cutting-edge technologies. Deeply rooted in MITSUBISHI MOTORS’ DNA, our brand strategy will appeal to ambitious drivers, willing to challenge conventional wisdom and ready to embrace change. Consistent with this mindset, MITSUBISHI MOTORS introduced its new brand strategy in 2017, expressed in its “Drive your Ambition” tagline – a combination of personal drive and forward attitude, and a reflection of the constant dialogue between the brand and its customers. Today MITSUBISHI MOTORS is committed to continuous investment in innovative new technologies, attractive design and product development, bringing exciting and authentic new vehicles to customers around the world.