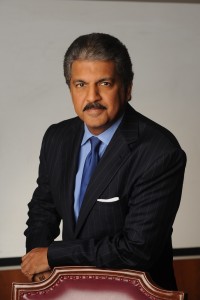 March 22, 2016: The Chairman of the India based Mahindra Group, Anand Mahindra, was named to the prestigious Barron’s 2016 list of the Top 30 CEOs in the world.

Mr. Mahindra is one of four international leaders to join the list this year. He is recognized for transforming the Mahindra Group into a global federation of companies that maintains a level of transparency, governance, and shareholder focus, rare in emerging markets, according to Barron’s.

Anand Mahindra, Chairman, Mahindra Group said, “I am honoured at this recognition by Barron’s which is an affirmation of the Mahindra Group’s increasingly global character, our high standards of corporate governance, and focus on delivering consistent shareholder returns.”

Barron’s 2016 Top CEOs list appeared on the cover of the March 19 issue.