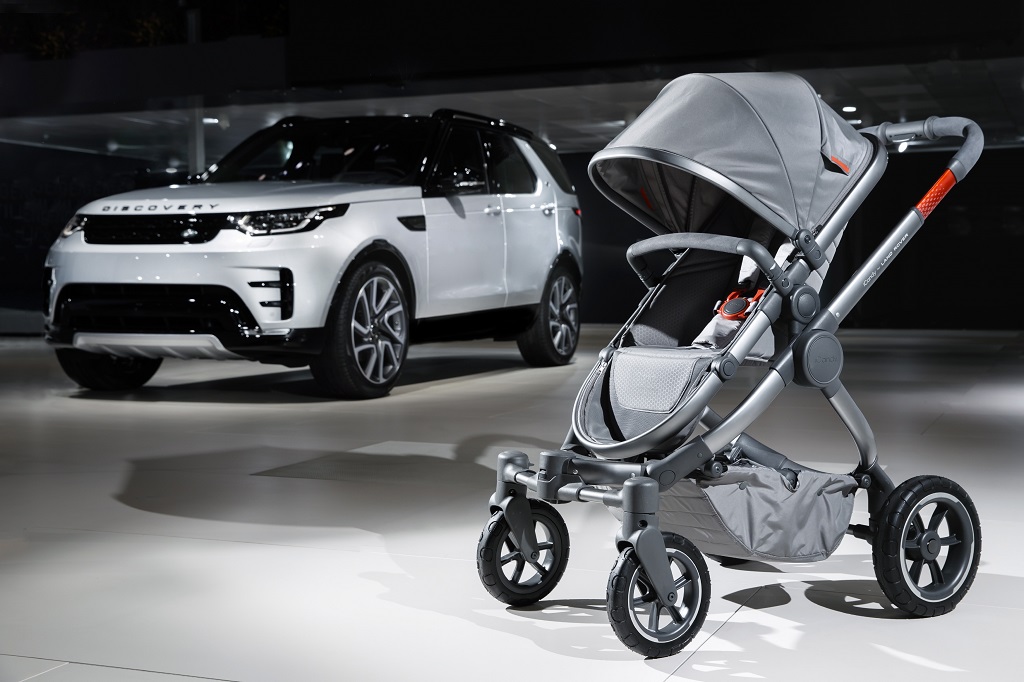 The first four-wheeled iCandy All-Terrain pushchair is a tribute to Land Rover’s breadth of capability, combining the design skills, technical innovations and build quality of two highly successful British brands. It incorporates the instantly recognisable styles and functionality of both a Land Rover 4×4 and an iCandy pushchair.

Lindsay Weaver, Merchandising and Licensing director for Jaguar Land Rover said: “We are excited to be collaborating with such a great British brand.  A perfect combination of design and functionality, the striking iCandy for Land Rover Special Edition pushchair will offer a unique opportunity to experience the essence of the Land Rover brand at first hand; both in terms of functionality and style”. 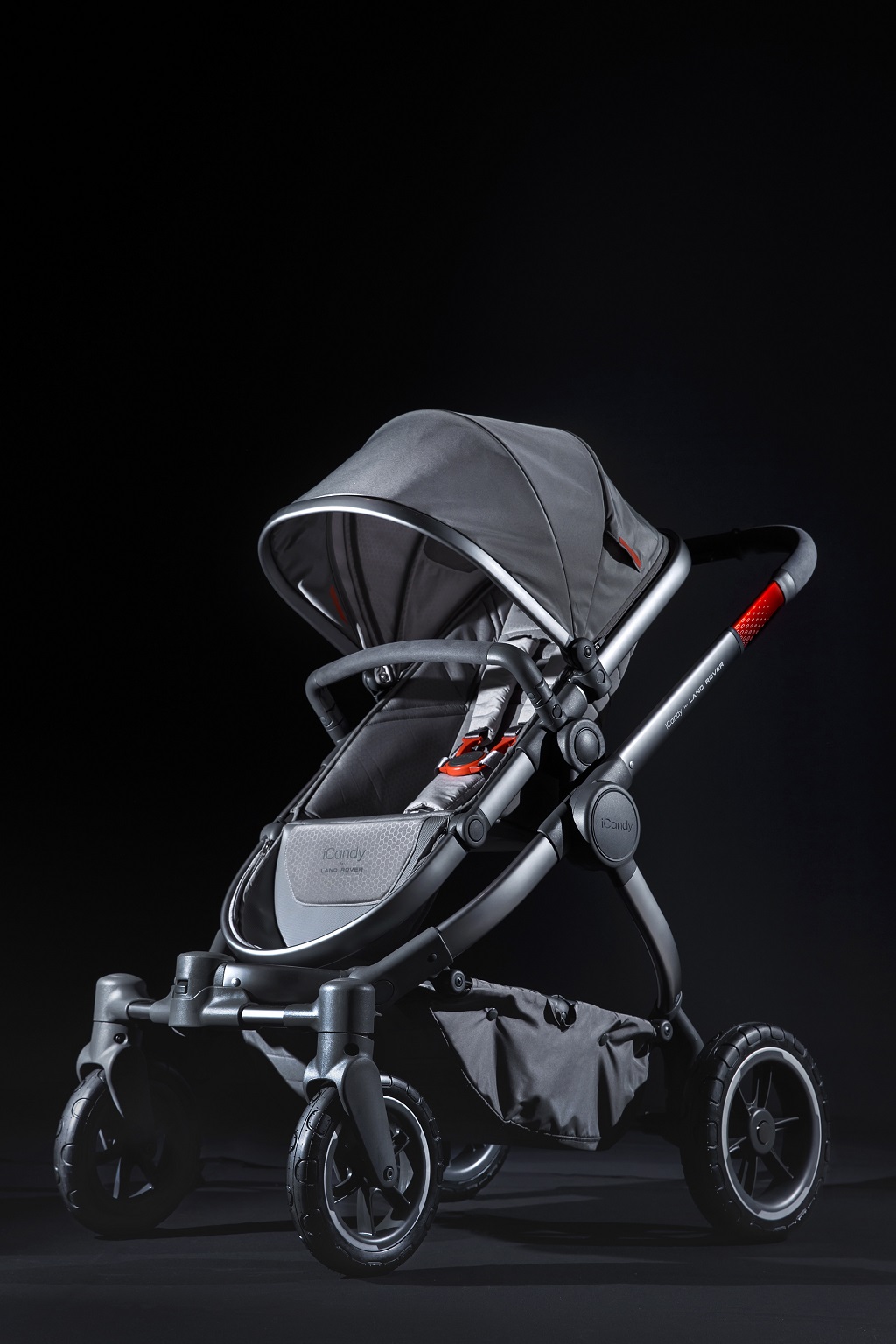 Bradley Appel, Joint CEO for iCandy said: “The opportunity for iCandy to work alongside Land Rover is one that represents a natural fit for both British brands. The iCandy for Land Rover Peach All-Terrain is a true labour of love between both iconic brands with 154 years combined manufacturing and design pedigree. Every aspect of the pushchair has been meticulously considered, with the attention to detail astounding, and the smooth all terrain ride unlike anything currently on the market. Becoming the first nursery brand to launch a pushchair at the Frankfurt Motor Show is a great honour, and we are sure parents will love the adventure potential of this exciting collaborative partnership.”

The iCandy for Land Rover Peach All-Terrain Special Edition will be the first pushchair launched at the Frankfurt Motor Show, before taking centre stage at the Kind Und Jugend trade fair in Cologne.

The iCandy for Land Rover Peach All-Terrain Special Edition will be available in stores and online from iCandy and Jaguar Land Rover from spring 2018. Click here to register your interest today. Pricing is expected to be around £1500 for the pushchair.