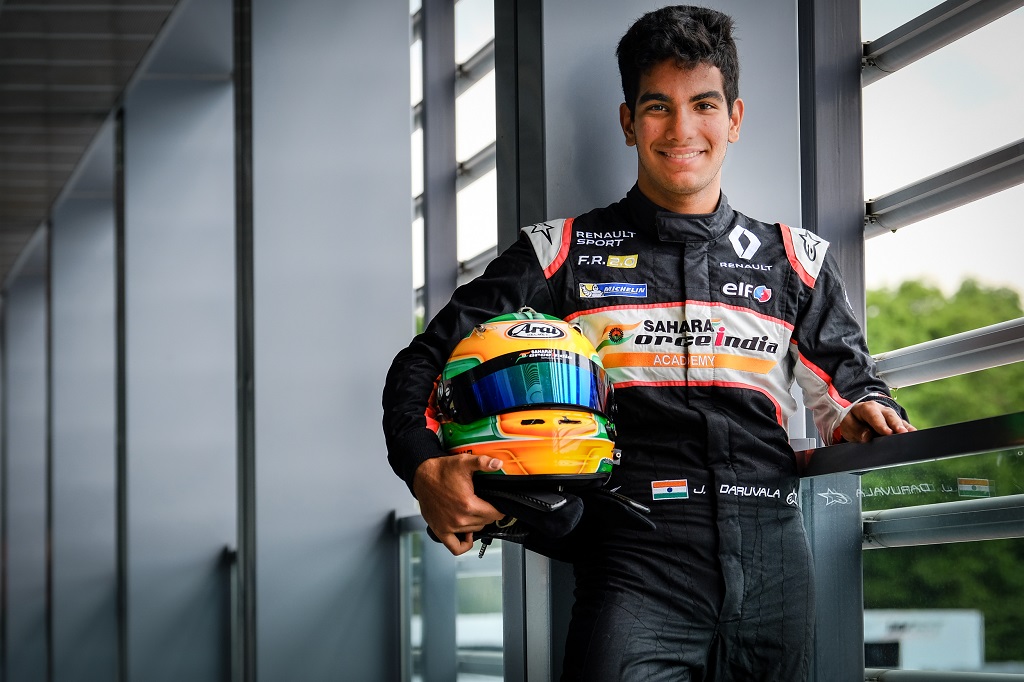 28 April, Monza (Italy): The historic Monza Circuit bore witness to yet another unprecedented feat as 18-year old Jehan Daruvala took his maiden pole position in round two of the FIA Formula 3 European Championship, adding yet another milestone to his ever-growing roaster of Indian firsts in the world of motorsport.

FIA Formula 3 is the toughest junior racing category in the world, having produced some of the best racing talents ever known including Ayrton Senna, Michael Schumacher, Lewis Hamilton and Sebastian Vettel.

Driving for Carlin Motorsport, Jehan was in the mix at the sharp end of the field straightaway despite only being in his second race weekend of the series at the 5.79-km circuit, which has hosted F1 every year but once since the World Championship’s inception in 1950.

Running alongside the World Touring Car Championship this weekend, the FIA F3 featured two practice sessions before qualifying, where Jehan put in some solid work to finish fifth and third. Having made some refinements to the setup thereafter, the Mumbai lad brought it all together for qualifying – taking pole position with a scorching lap-time of 1:44.105, which was just 0.030s quicker than his Carlin teammate Lando Norris.

Top six drivers from the grid of 19 were covered by just half a second in qualifying, showcasing the competitiveness of the series. It was a good day out for Carlin Motorsport as a whole, claiming positions 1-2-3-5 on the grid.

Elated having taken his first pole position in Formula 3, Jehan said “It is an amazing feeling to be on pole in only my second weekend in F3. The team has given me a fantastic car and I am glad that we could pull this off together”.

The weekend will feature three races in total – with race one scheduled tomorrow with a further two races scheduled on Sunday.

About Jehan Daruvala: Jehan Daruvala (born 1 October 1998, Mumbai) got his first taste of speed aged 11, when he experienced some karting at a recreational track. He showed innate speed and control which belied his age and experience, and was subsequently encouraged to take up professional karting.

Aged 11, he entered the JK Tyre National Karting Championship in 2009 – competing in the Micro Max category and won it in the following year in 2010, and there was no looking back. In 2011, he was one of the three winners of Sahara Force India’s ‘One in a Billion’ hunt and subsequently became the first Indian to win the CIK Asia Pacific KF3 Championship in 2012. In 2013, he won the MSA SuperOne British KF3 Championship.

For his main campaign, Jehan switched to the FIA Formula 3 European Championship with Carlin Motorsport, and secure pole position in only his second outing of year at Monza Circuit – marking the first pole for an Indian driver in the championship.

The British Racing Drivers’ Club (BRDC) is considered to be the most exclusive club in motor racing and is home to the most successful drivers from Great Britain and the Commonwealth. They have recently inducted […]