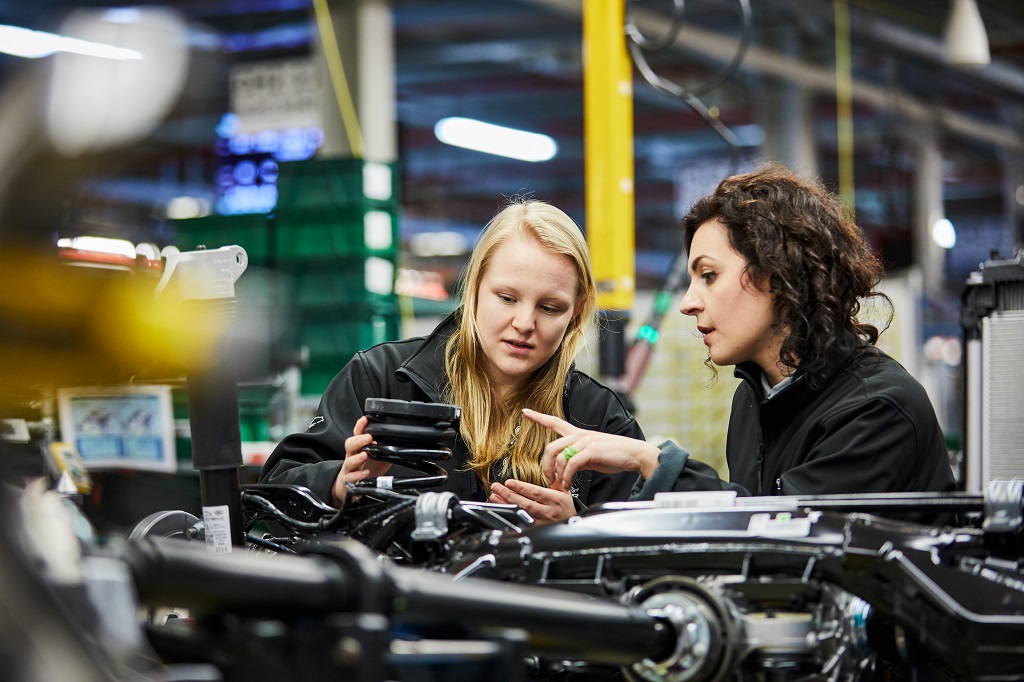 More people than ever are searching images of women in science, technology, engineering and maths (STEM) careers, yet results are often out-dated and don’t reflect today’s exciting and varied roles. This partnership aims to change that.

Pictures released today by Jaguar Land Rover, the UK’s largest car manufacturer, and Getty Images, a world leader in visual communication, show women in a variety of STEM roles from aerodynamics to cyber and audio engineering. They are intended to encourage more women to apply for these jobs by accurately portraying the modern workplace.

New data released today by Getty Images shows that web traffic for imagery showing women in engineering careers is significantly increasing.  The number of people searching “women + STEM” imagery has risen by 526 per cent in the past year alone.

Fiona Pargeter, Jaguar Land Rover Global PR Communications Director, said: “We have always championed women in the car business and are committed to inspiring more girls and women to consider careers in engineering and manufacturing. Our female workforce has grown from nine to 11 per cent over the past four years due to our focused STEM initiatives. But this is still far too low – businesses being proactive about using realistic imagery is one of the many ways that we can attract the bright minds we need into STEM careers.”

The Jaguar Land Rover and Getty Images collaboration sees a set of images available today for editorial use, as the partners work towards building a body of imagery, which authentically depicts female engineers at work.

Rebecca Swift, Director Creative Insight at Getty Images, said: “We are a passionate advocate for the realistic representation of women through imagery and are proud to be leading the visual industry in the creation and promotion of powerful, relevant imagery which celebrates diversity and authenticity in every area of life.

“Over the last year we have seen a dramatic spike in interest for imagery showing female engineers at work. Images have the power to make and break gender clichés so the demand for these images is both indicative and important. We have an opportunity to change the visual language around STEM for the better, so we are excited to be partnering with Jaguar Land Rover, who are also committed to expanding the availability of images representing the realities of a modern day engineering career for women.”

Michelle Mortiboys, Vehicle Line Director, Jaguar Land Rover Special Vehicle Operations, said: “Here at Jaguar Land Rover we need the diversity of skills that women bring to ensure we thrive and maintain our competitive edge for years to come. It is well known that gender diversification in business is not just healthy culturally but also propels progressiveness and innovation. Our partnership with Getty Images is not just about recruiting women into engineering, it’s a small part of the work that needs to be done to upscale female employees in the automotive sector as a whole.”

Jaguar Land Rover has called for other leading manufacturers to follow suit by reassessing and updating their visual portrayal of women in STEM careers, in a bid to increase the number of women applying for STEM jobs.

Fiona Pargeter and Michelle Mortiboys are available for comment around this initiative, as well as the wider work that Jaguar Land Rover undertake in order to bolster female careers within the automotive industry. Rebecca Swift is also available to discuss Getty Images’ collaboration on this project and the wider issues about the visual depiction of women in industry that the business is currently working to address.