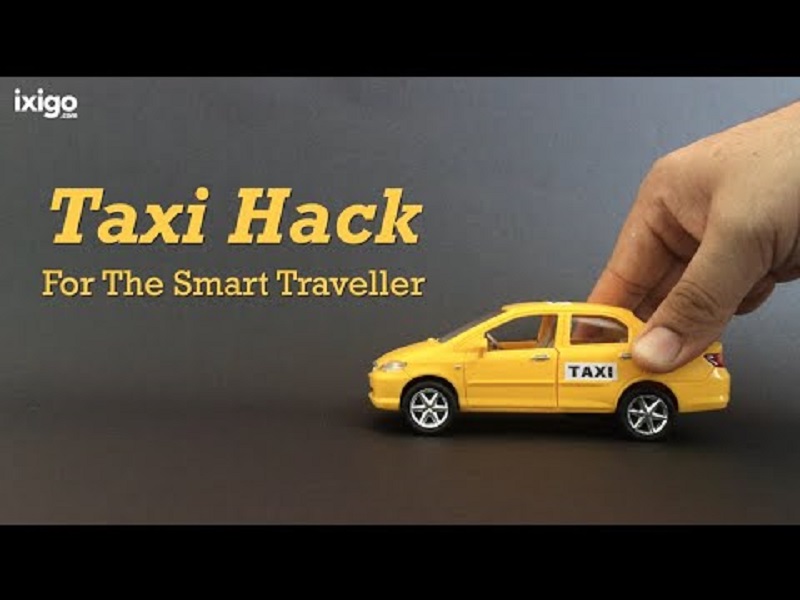 New Delhi, Delhi , India India’s leading mobile travel search marketplace is all set to become the country’s largest meta-search aggregator for cabs. The ixigo cabs app available on Google Play Store & Apple’s app store has emerged as the fastest growing player in the category with over 200K app downloads in just over six months of launch.

ixigo has partnered with 10 app-based taxi and auto providers including Ola Cabs, TaxiForSure, EasyCabs, Jugnoo, AutonCab and over 1500 offline cab service providers across 150 cities in India. Users can look at all bookable cabs around them, with ETAs, fares, availability, surge-pricing (if any) as well as phone numbers of nearby taxi vendors and fleet owners. For many of the app-based providers, including Ola Cabs, Easycabs and TaxiForSure, ixigo now offers a one-click booking experience.

Aloke Bajpai, CEO & Co-Founder, ixigo said – “Cabs is our fastest growing category with over 200% QoQ growth without any marketing spend. We are now the clear market leaders in the cabs meta-search space, topping 1000 rides per day on app based providers and another 1000 calls per day to offline taxi companies for half-day & full-day hires. We expect to triple these numbers by March.” ixigo’s fast-paced growth is being aided by the integration of ixigo cabs into its two popular apps – “ixigo flights & hotels” and “ixigo trains” giving it a reach of over 8 million travellers, as well as the recent integration and launch of ixigo’s services on Micromax & Yu devices as a part of the “Around Yu” product offering, a partnership that is projected to give ixigo an additional reach of nearly 20 million smartphone devices in 2016.

In April this year, ixigo and BlaBlaCar had announced a partnership for inter-city ride-sharing, and in August, ixigo had acquired Rutogo (Square Hoot Hikes Pvt Ltd), an inter-city cabs aggregator. In January, it is expecting to launch its inter-city and outstation taxi marketplace that will allow travellers to compare and book one-way and roundtrip journeys across several tourist cab companies across India. Venus Dhuria, Business Head, ixigo cabs (previously co-founder of Rutogo) said – “The total market size of the Indian taxi industry is approximately $9 billion. Out of this, nearly $1 billion is organized and $8 billion is still an unorganized market. There are about 2.5 million taxis across India of which around 0.6 million are in the organized intra-city space while the rest are in the unorganized space, mostly running on inter-city routes. We will deepen our partnerships with established app-based cab providers and will also work with select reputed taxi vendors and fleet owners in the inter-city market to serve our travellers who already look at cabs as an alternative to trains and buses on short and medium distance routes.”

Launched in 2007 in Gurgaon, India by Aloke Bajpai and Rajnish Kumar, ixigo is India’s leading travel search marketplace, connecting over 60 million travellers with content & deals from over 25,000 online & offline travel, transportation & hospitality businesses. ixigo aggregates and compares real-time travel information, prices & availability for flights, trains, buses, cabs, hotels, packages & destinations. ixigo’s mission is to simplify the lives of travellers by building apps that make their travel search and planning hassle-free and it has won several awards in its journey, including the TiE-Lumis Entrepreneurial Excellence Award and the NASSCOM Top-10 Emerge Award.

34% of consumers see mobility services as an alternative while 56% consider it complementary to buying a car Mumbai, May 16 2017 – According to a new study of more than 8,000 consumers across eight […]