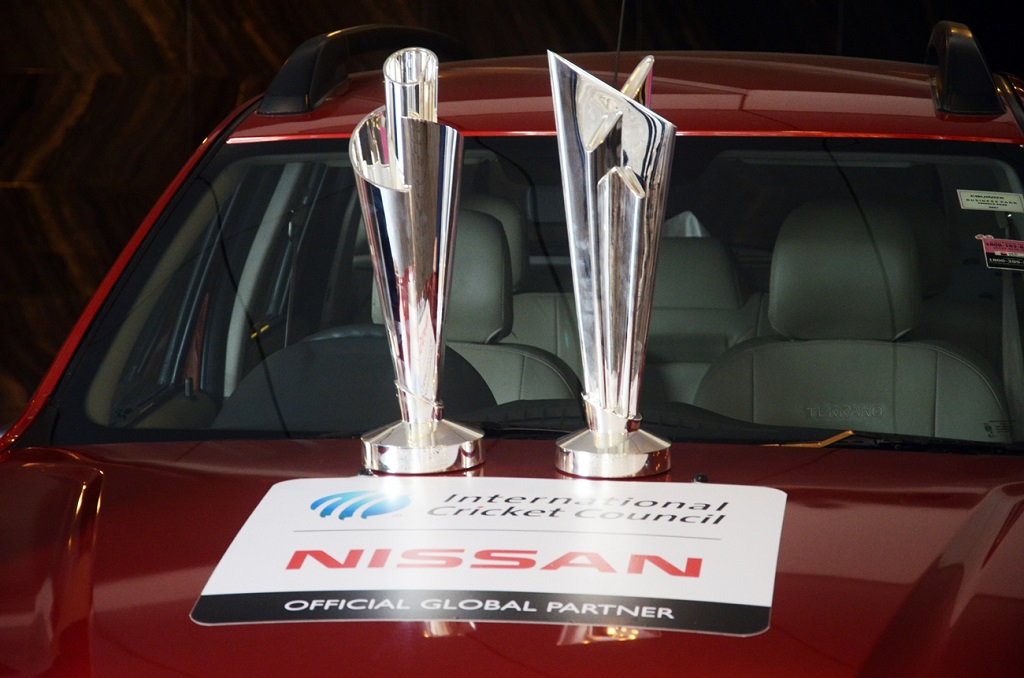 The ICC World Twenty20 India 2016 trophy will embark on a global journey from Mumbai on Sunday, 13 December, before returning to New Delhi on Monday, 1 February.

As part of the Nissan Trophy Tour, the trophy will visit 12 countries taking part in the tournament which will be staged in India from 11 March to 3 April 2016.

During its journey, the trophy will be on display at domestic and international matches, as well as at various public places, which will enable the fans to capture a very special moment with the most prestigious silverware in the shortest format of the world game. Details of the trophy’s public appearances will be announced by the host boards closer to the time. 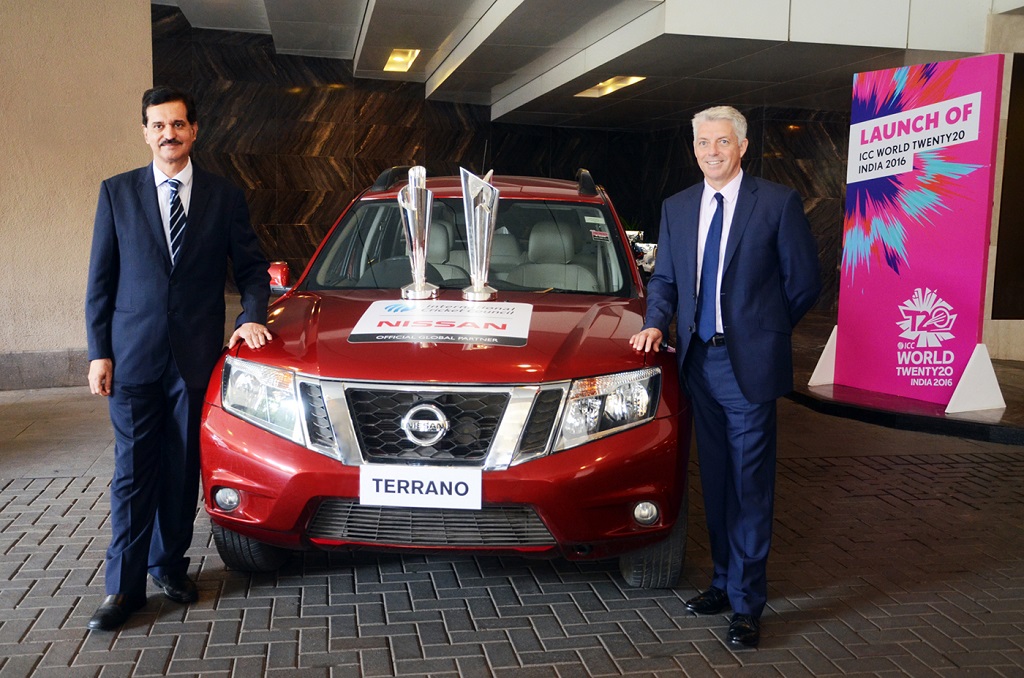 ICC Chief Executive David Richardson said: “The Nissan Trophy Tour has been designed to not only promote the tournament but also to engage with our fans and provide them the first opportunity to get close to the trophy, which will be lifted by the winning captain on 3 April in Mumbai. We would like to thank Nissan for their sponsorship of the Trophy Tour and we are sure it will be a big success as it travels across the world ahead of the ICC World Twenty20 in India next year.”

Roel de Vries, Nissan Corporate Vice President and global head of marketing and brand strategy, added: “We partnered with the ICC to bring cricket fans closer to the game. Fans feel exhilaration and passion when watching a cricket match. Those are the same emotions we want people to experience when driving a Nissan. We hope the Nissan Trophy Tour will build excitement around the world ahead of the WT20”.

Scotland will be the trophy’s first port of call, before travels to Ireland, England and the Netherlands at part of its European leg. Scotland and Ireland staged a successful ICC World Twenty20 Qualifier 2015 in July and along with the Netherlands qualified for the event proper. England, under the captaincy of Paul Collingwood, won the tournament in Barbados in 2010.

The trophy’s African safari will be from 2-7 January, during which it will make appearances in Harare (2 & 3 January) and Cape Town (5-7 January).

Pakistan will be the trophy’s first stop-over in the subcontinent (11 & 12 January), before it moves on to Bangladesh (14 &15 January) and then Sri Lanka (17 & 18 January). Pakistan won the ICC World Twenty20 at Lord’s in 2009, while Sri Lanka will defend the title it won in Dhaka last year. 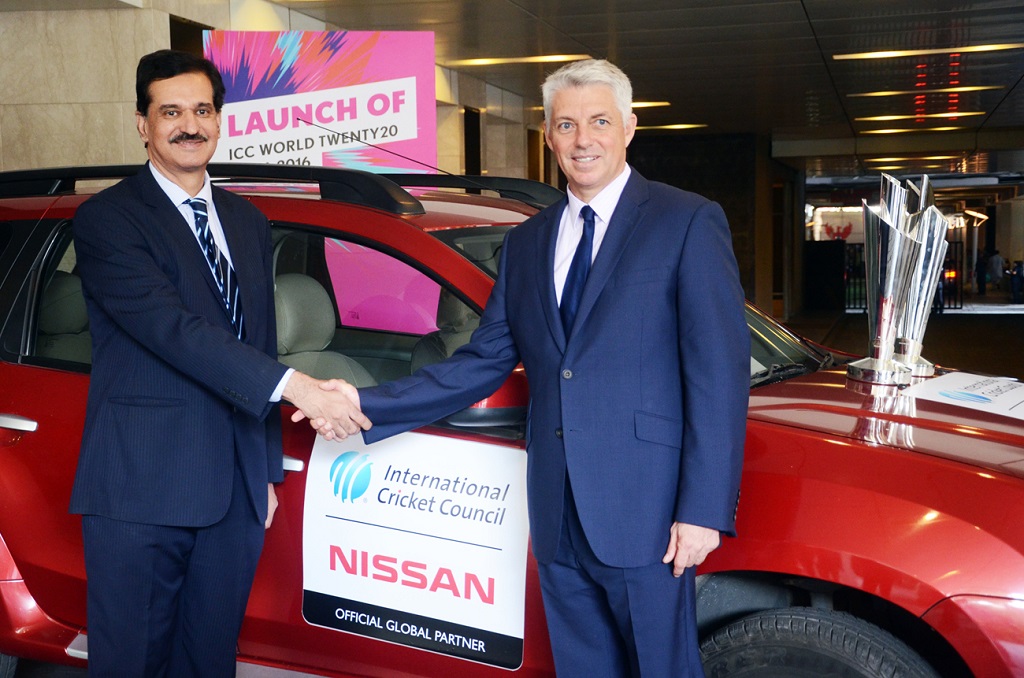 On the Trans-Tasman tour, the trophy will arrive in Wellington on 21 January and will then head to Australia on 26 January where it will be displayed in Adelaide, Melbourne and Sydney until 31 January. After a hugely successful ICC Cricket World Cup 2015, Australia will host the seventh edition of the ICC World Twenty20 in 2020.

From Sydney, the trophy will return to New Delhi on 1 February and will then start its domestic tour by making appearances at each of the venues that will host the ICC World Twenty20 India 2016 matches.

Apart from the 10 Test playing countries, Afghanistan, Hong Kong, Ireland, Netherlands, Scotland and Oman will participate in the men’s event of the ICC World Twenty20 India 2016. The women’s competition, which will run alongside the men’s event, will be competed between Australia, Bangladesh, England, India, Ireland, New Zealand, Pakistan, Sri Lanka, South Africa and West Indies.

Budget Reaction from Nissan India. Kindly attribute it to Guillaume Sicard- President – Nissan India Operations. “The Union Budget 2017 agenda on Transform, Reform and Energise is a positive approach towards growth, with a clear […]

Vibrant Nissan is the company’s 194th authorised dealership in India, 5th in Hyderabad Dealership to focus on sales and enriched customer experience Nissan to expand footprint in India through 300 Sales and Service touch points […]

‘Waterless Car Cleaning’ introduced to kick start the 7th edition of the ‘Happy with Nissan’ customer service campaign at Nissan dealerships Waterless washing solution to save approximately 2.8 million litres of water during the campaign Happy […]