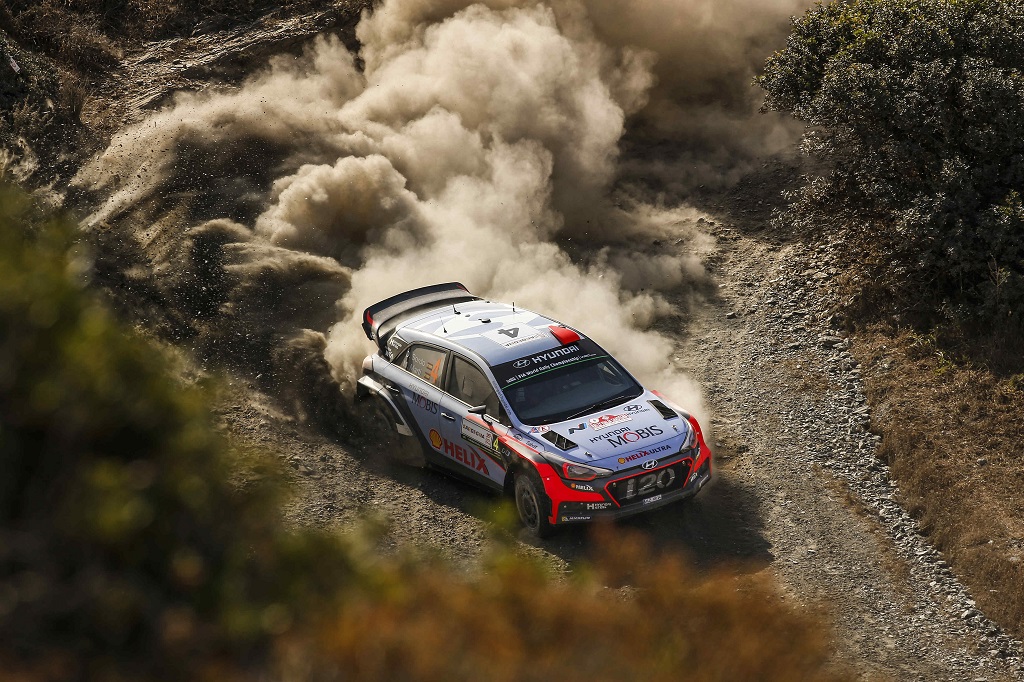 The result marks the second victory for the New Generation i20 WRC this season, and the team’s third win in total after Rallye Deutschland in 2014 and Rally Argentina back in April. Hyundai Motorsport team driver Dani Sordo also had a trouble-free run to claim his fourth consecutive fourth place position. Kevin Abbring, meanwhile, was on top of their game to finish second in the Power Stage, securing their first WRC points.

For Thierry Neuville, the victory is the result of a concerted team effort as well as the improved performance of the New Generation i20 WRC, and marks his first victory in WRC since Germany 2014. It is the most accomplished performance of his career with nine stage wins within his rally history.

Thierry Neuville commented: “A truly fantastic weekend! Great things come to those who earn them, and it’s definitely a nice feeling to share this victory with an amazing team. The New Generation i20 WRC has performed very well, class-leading. It’s been great fun to drive and we’ve felt comfortable. We didn’t feel too much pressure in final stages, but just focused on getting the car safely through to the end. We did everything we needed to and we can now celebrate our second WRC victory.”

Hyundai Motorsport has now taken podiums in five out of six rallies this season, with two victories, making it the team’s most successful WRC season even before reaching the halfway point. Next round of the FIA WRC, WRC Rally Poland, takes place from June 30 to July 3, and will mark the halfway point of the 2016 WRC Championship.

Hyundai Motorsport has begun its third season in the FIA World Rally Championship (WRC) in style with a fantastic podium finish in the debut event for the New Generation i20 WRC. Thierry Neuville steered Hyundai […]

Hyundai Motorsport heads for WRC Rally Mexico (Mar. 3~6), the scene of the team’s debut WRC podium in 2014 The team will aim to make it three podiums in-a-row for the New Generation i20 WRC, […]