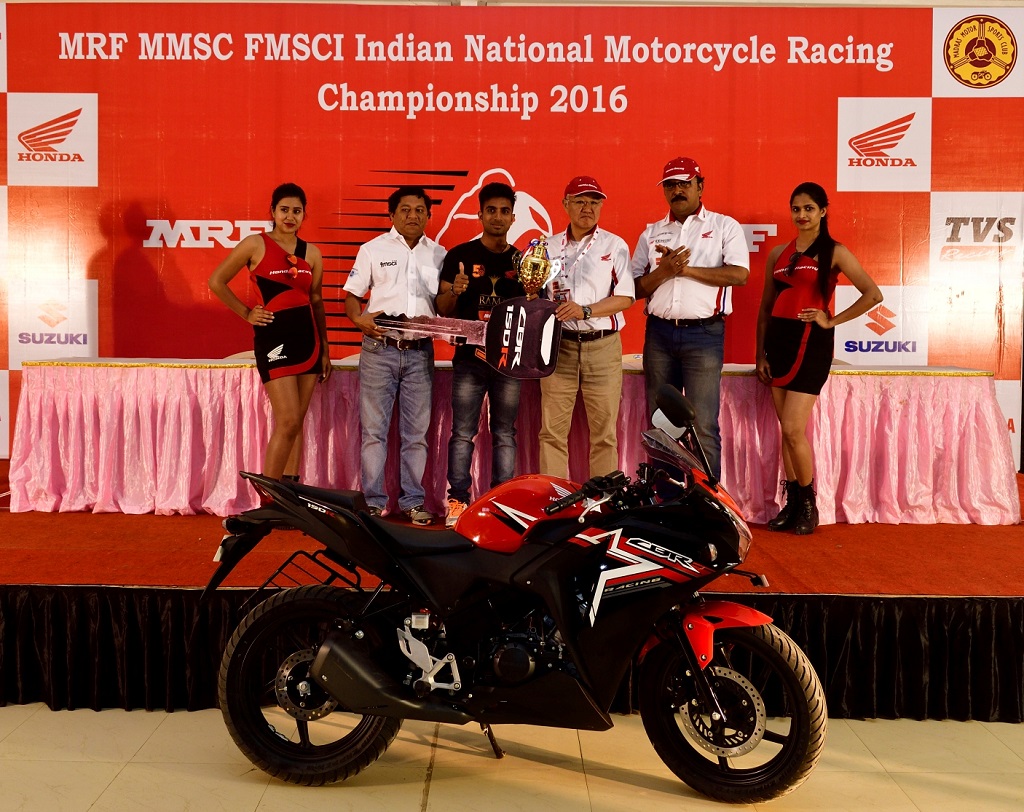 Chennai, January 22, 2017: Sunday proved to be an action-packed conclusion to the season finale of National Championship which got underway at the Madras Motor Race Track, Chennai.

Mathana Kumar was dominant from start to finish during the season finale. Fighting a close battle, Rajiv Sethu stood second. Hari Krishnan rounded out the podium finishers and stood third after a long race-battle.

Congratulating the winners, Mr Prabhu Nagaraj, Vice President, Customer Service, HMSI said, “Our racers have performed tremendously in this round. My heartiest congratulations to Mathana Kumar, Rajiv and Hari Krishnan who topped the Championship table today. I am confident that we will witness some stellar performance by these riders in the next racing season”. 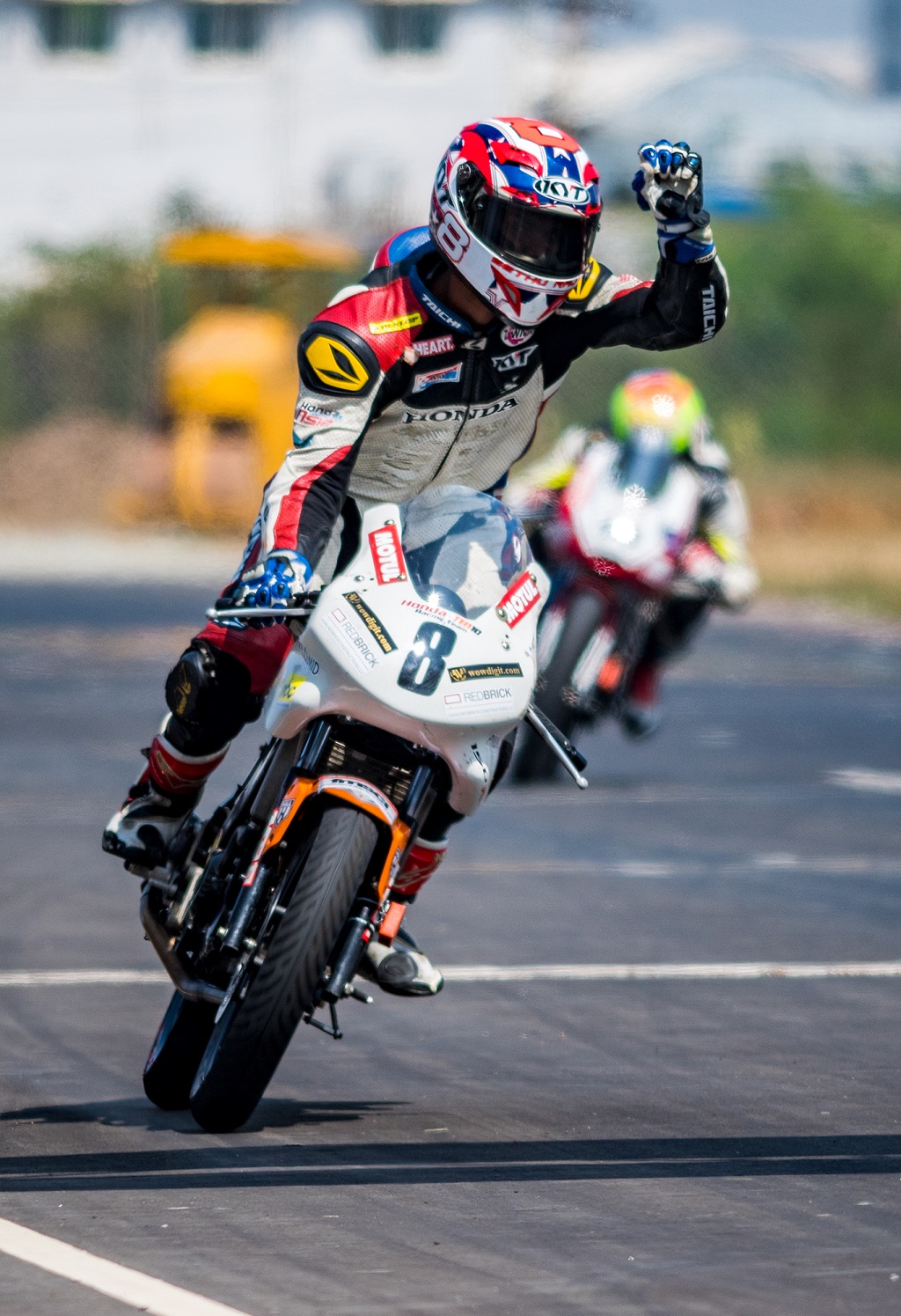 Leading from the pole position to the chequered flag, Rajiv Sethu Sethu from Honda Ten10 Racing Team rode his way to the championship in the Pro-Stock 165. Honda also won the manufacturer award in his category. 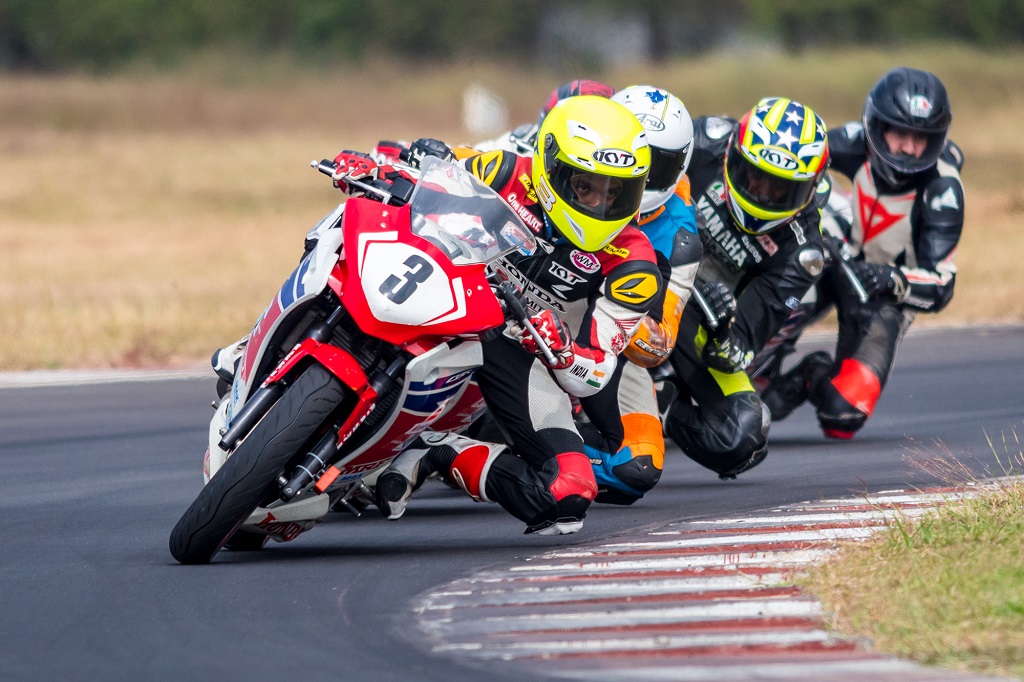 Bridgestone and MRF Tie for Highest Ranking in Customer Satisfaction with Original Equipment Tires Customers’ perceptions of their original equipment (OE) tire brand are an influential driver when considering replacement tires for their vehicle, according […]