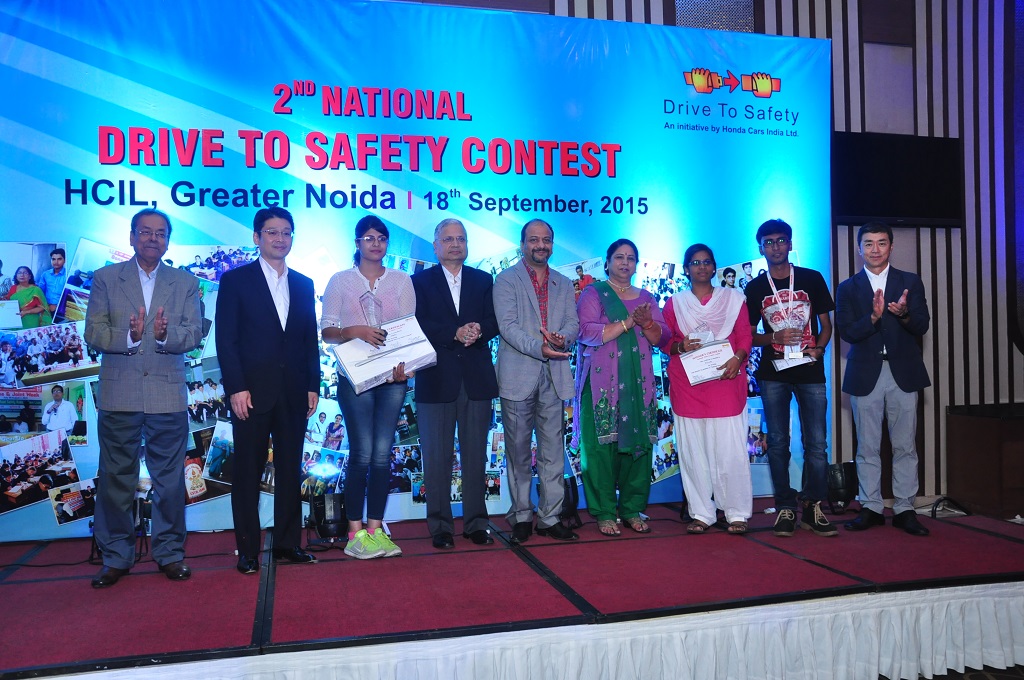 Honda Cars India Limited (HCIL), leading manufacturer of premium cars in India, in a strategic move to focus on Road Safety among young students expanded its “Drive to Safety” campaign to schools and colleges in multiple cities across India.

The “Drive to Safety” initiative was launched by HCIL in January 2015 and has already reached out to more than 300,000 people in a span of 9 months. The initiative, in its second phase, targeted school and college students through a “National Drive to Safety Contest” and saw participation of 65,000 students aged between 15-20 years from 209 schools and colleges from 50 cities. 36 selected participants made it to the final round of the contest and were invited to the Honda’s manufacturing facility in Greater Noida. The top three contestants were adjudged as winners after a series of Written Test, Group Discussion and Quiz round. 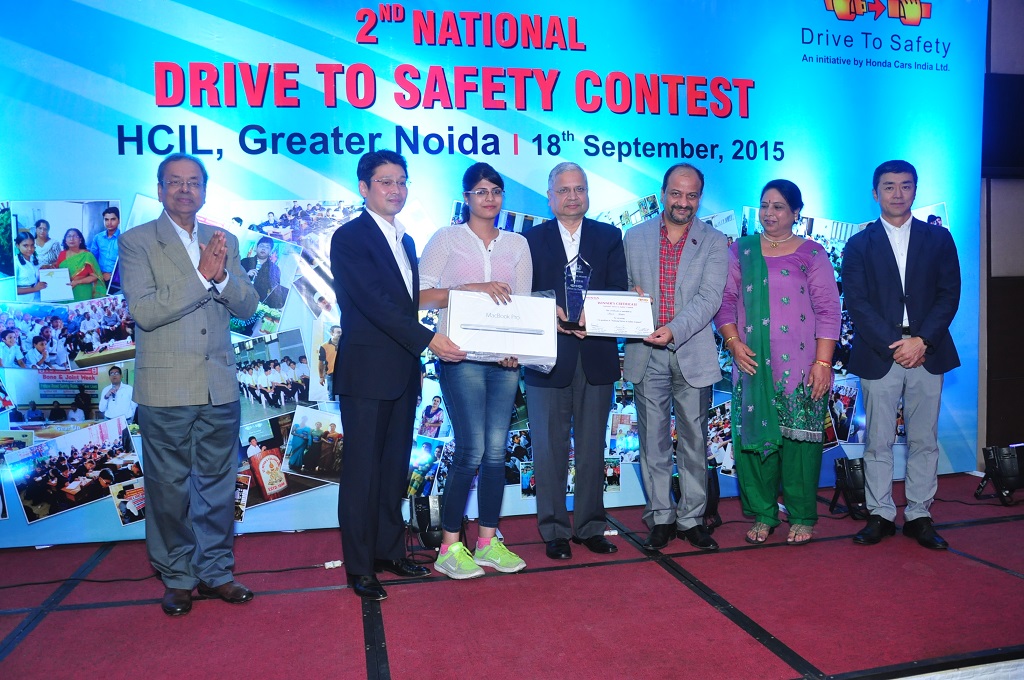 Ms. Manvi Madan from Gayatri International Institute of planning and Management – Noida won the contest. Mr. Yudhajit Roychowdhury from North Point Senior Secondary Boarding School – Kolkata was the First runner up and Ms Kavitha from Sriram Engineering College, Veppampattu was the second runner up. The winners were conferred with a Certificate of Recognition and Memento and all the participants were provided with Honda Sports Safety Kit.

On the occasion, Mr. Katsushi Inoue, President & CEO, Honda Cars India said, “We, at Honda, are happy to dedicate ourselves to activities that are designed to generate awareness about road safety in India. Through the ‘Drive to Safety’ campaign, we wish to promote a more careful and responsible approach among our customers & general public when they are behind the wheel and on the road.”

The ‘Drive to Safety’ campaign aims to provide education to all road users on importance of safety technologies in vehicles, driving know-how, pedestrian safety and role of vehicle maintenance to enhance safety. The initiative is based on interactive, experience-based programs for people to think and learn about safe road use which can be effective in bringing down the number of casualties and fatalities in road accidents.

This initiative has been implemented at Honda dealerships across the country where the company has trained instructors on a nationwide level, who engage with customers and increase their consciousness for safety at the car enquiry stage itself. Dedicated safety zones have been set up at HCIL dealerships to create customer awareness through communication tools such as Safety Mascot, Safety videos and Pledge counter where customers take oath to drive safe while following traffic rules and regulation.