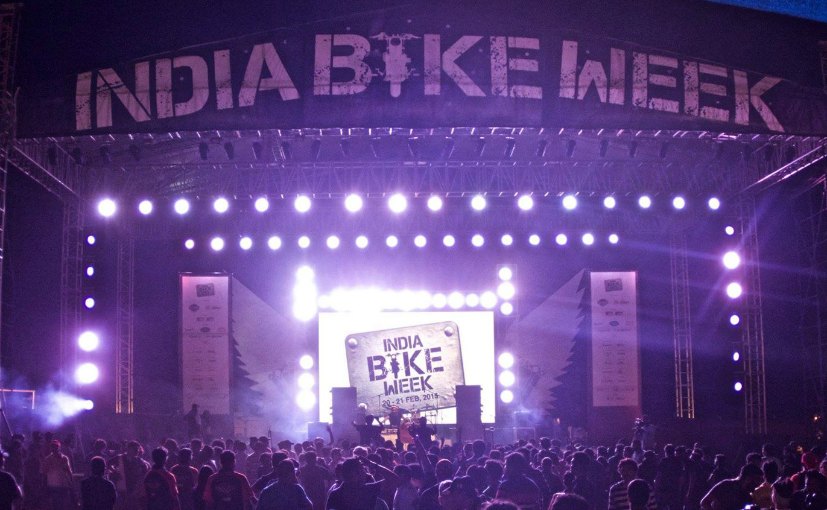 With over 250 clubs participating from across 36 cities, 90 shows and special events, the 4th edition to INDIA BIKE 2016 sets the tone as the biggest biking festival of the year in India

India’s largest festival planners, the Seventy Event Media Group, together with leading Travel and Lifestyle channel FOX Life, in association with Shell Advance, have organized the biggest gathering of the community yet through India Bike Week 2016. After a sensational first day, moving in the second, club-members and independent riders gathered at Arpora Sporting Ground, Goa, for what has become Asia’s biggest and most anticipated biking festival. In its fourth iteration, India Bike Week had witnessed thousands of riders migrate in from across domestic and most importantly from international borders like Australia, South Africa, Malaysia and SE Asia, UK and Germany adding IBW to the global calendar of biking festivals across the world. A mecca for riders that provides a new permanent home to celebrate the freedom, independence and rebellion found in riders around the world.

Having taken centre stage at the festival on day 1, internatioanl Moto Trials legend, Dougie Lampkin was back for more on day 2. Commenting on his first ever visit to INDIA BIKE WEEK, World Moto Trial Legend, Dougie Lampkin said, ‘‘It was an absolutely thrilling experience to have been a part of INDIA BIKE WEEK 2016. Goa is a beautiful place, filled with beautiful people and to top that off the atmosphere here during the festival was simply electric. It was great to see so many motorcycling enthusiasts together and that truly reflected the growing culture for biking in India. I now understand why India Bike Week is mentioned as the ultimate biker’s paradise, and while it is great to see the culture for biking take root in the country, I’m honoured to have been a part.

On day 2, as a build-up to the Great Migration, the inaugural parade of the day featured some of the best custom design bikes parade through the festival at the IBW MOD BIKE PARADE. The MOD bike parade include over 30 riders upon specially designed bike by some of the biggest custom builders in India namely R&G Customs, R H Customs, Moto Exotica and Mean Green Customs amongst others.

As one of the biggest events of the festival, the highlight for the day 2 came through the IBW GREAT MIGRATION that saw over 20 of the most exclusive and biggest national biking clubs participate at a special parade through the IBW Main Street. The Great Migration featured the hundreds of biking clubs across India showcase their rides and their attitude through one of the longest constructed parade routes at an Indian biking festival. An ode to the growing cult of the biking culture in India, the Great Migration was an opportunity for thousands of like-minded riders to connect and celebrate their united passion for biking in India. Bikers atop superbikes to the every commuter friendly machine paraded from cities across India like Kolhapur, Bangalore, Mumbai, Surat, Ahmedabad, Kerala and amongst others.

The second day of the IBW Big Trip showcased some of the biggest names in the adventure travel industry who have set the standard in motorcycle touring being Alankar Mishra, Rushad Bhumgara, CS Santosh, Gaurav Jani and Anurab Majumdar amongst others. Notable veterans of the industry such as Renuka Kirplani, Pankaj Trivedi and Santosh hosted a special ‘Planning a World Tour’ panel discussion highlighting interesting insights through their unique experiences on how to successfully structure an independent riding world tour.
One of the most exciting events of the festival, the IBW National Stunt Championship, drew to a close awarding few India’s finest talents in the circuit through elimination rounds stretched across the 2 days. With the event witnessing participation of over 8 teams, the competition featured tough competitions amongst one of the most challenging and disciplined forms of biking. With teams participating from Kerala, Bangalore, Goa and Jaipur, the team from Mumbai called ‘I STUNT’ emerged as the winners of the event.

Day 2 saw the culmination to the much anticipated and India’s first ever official HARD ENDURO event as the DIRTY20 ENDURO CHALLENGE. Unveiling the premiere official Enduro challenge at IBW 2016, Day 1 and Day 2 of the event saw an overwhelming response of over 60 participants through amateur Moto Cross riders across India. Being the premier Hard Enduro event at IBW, the inspiring participation will act as a platform to encourage future riders take up the discipline on a professional level. Bringing alive this high octane motor biking challenge in India and as a highlight to the event, 9yr old Indian motocross riding prodigy, Sarthak Chavan featured as a special guest showcasing his talents through some quick lap-times.

This year, adding an artistic element to the main event, India Bike Week 2016 featured it’s first ever FILM FESTIVAL. A theatrical event like no other, the competition showcased feature profound travel films from all over the world, bringing together elements central to the rider, the bike and their journey. The films having being judged by renowned personalities like Imtiaz Ali, Gaurav Jani and Pankaj Trivedi, Shweta Jangir of Pune wins in the TWO WHEELER TALKIES category for her film The Motocycalysts while Hari Mohanan of Kerela wins in the MILE STORIES category for his film Invisible Wings.

Finally closing the festival on a high, India Bike Week set the tempo through an eclectic lineup of acts from across the spectrum that pleased festival and music junkies alike. The mega culminating act of the evening featured MIDIval Punditz, pioneers of the electronic scene in the country with over 18 years of experience, with their signature fusion style melding electronica and classical Indian melodies.

Commenting on the closure of the biggest India Bike Week yet, Martin Da Costa, CEO, Seventy EMG said, ‘‘Superseding the previous years, IBW 2016 has been our biggest success story yet. From having arranged the Great Migration ride down biker support system, to having international artists like Dougie Lampkin, to finally organizing new experiential initiatives like the IBW Main Street, we are taking a step closer towards identifying IBW not only as a national brand, but establishing it as a global biking extravaganza. The Indian biking brotherhood is just getting bigger and the overwhelming support that we are receiving at India Bike Week, year on year is a testament to that belief’’.

Adding on, Swati Mohan, Business Head, Fox International Channels India said, ‘‘The second day of IBW has brought to a close an absolutely unforgettable festival. India Bike Week started out as an event that brings together the best in biking; and in doing that, has now grown its appeal far beyond to include so many more – fans, enthusiasts and travelers. Fox Life is all about following your passions, and exploring new ones, so it’s been incredibly gratifying to see such a massive turnout of people embracing that philosophy. With its fourth year being the biggest and best so far, India Bike Week 2016 has certainly set a high bar for other festivals to match!’’

As a scaled up version as compared to previous years the IBW Expo saw some of the industry’s biggest brands come forward and showcase their offerings. From what was a simple exhibition to showcase products has today transformed in a social and networking hub for brands and consumers to come together through an interactive experience like no other expo. Some of the biggest brands making their way in the market were Touring brands – Eagle Riders and Trip Machine, outdoor brands – Dirt Sack and UtBt and final accessory brands like SW Mototech, Touratech, Resonate, Royal Riders and MotoUsher. Other international brands like Victorinox, VW and DC took part to tap in to this unique gathering of adventure and bike enthusiasts unlike any other.

Commenting on their association and the overwhelming response from festival goer’s and localities, Mr. Rahul Singh, Founder and CEO, The Beer Café, said “IBW has built a strong fraternity with biking communities in India and we are thrilled to be ‘Cheer Partner’ at this mega event of machines and music. For the first time, IBW experienced ‘Beer Garden’ in a spectacular alfresco setting. Beer is the preferred choice of bikers being light and refreshing beverage. It was a great experience to share same platform with bikers, riders, tourist and celebrate the spirit of & culture of Indian biking community.”

As an event, the festival has grown, driven by the overwhelming support of the biking community in India and the explosion in the premium bike segment. This characteristic has contributed to the cultivation of associations with over 30 premier brands from across the automotive and lifestyle industries over the years.