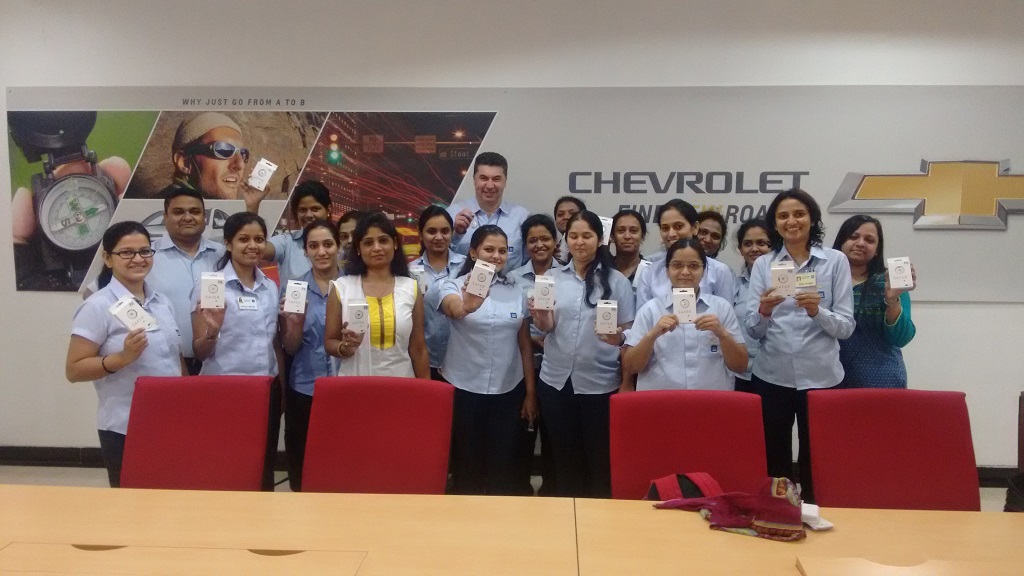 Personal Safety is an overriding priority at GM India

As part of its commitment to personal safety, General Motors India today provided all its women employees a safety device called ‘SAFER’ to protect themselves in an emergency situation. Women can push a button on the ‘SAFER’ device to alert their loved ones about their location, assisted through their smartphone.

A complimentary SAFER device was handed over to all women employees across GM India locations including Talegaon, Halol, Gurugram and Bengaluru last week and training sessions were also organized to understand its usage. The device has been developed by a smart jewelry startup ‘Leaf Wearable’.

“Personal Safety has become an overriding priority for all companies and through this initiative, GM India has endeavored to ensure safety for our women employees. The SAFER device will keep our women employees connected with their loved ones at all times and add to their sense of safety,” said Pritpal Kular, Vice President, Human Resources, General Motors India.

Through the SAFER device, the location of the employee will be tracked through smartphones.  Additionally, the device can be worn as a pendant which has an in-built panic button that’s synced with the user’s phone. In case of emergency, the pendant has to be pressed which will trigger an alarm to registered connections who have downloaded the SAFER smartphone application. The ‘SAFER by Leaf’ application can be downloaded from the Apple App Store or Google Play Store.

Expands its network in Maharashtra to 23 showrooms and 26 workshops The new showroom ‘Nikhil Chevrolet’ will meet the increasing demand of Chevrolet vehicles in the region Mumbai, Maharashtra: As part of its commitment to reach […]

General Motors India exported a record number of Chevrolet Beat vehicles in September, with 7661 units shipped to export markets in Central and South America. Driving this performance was a record month of exports from […]