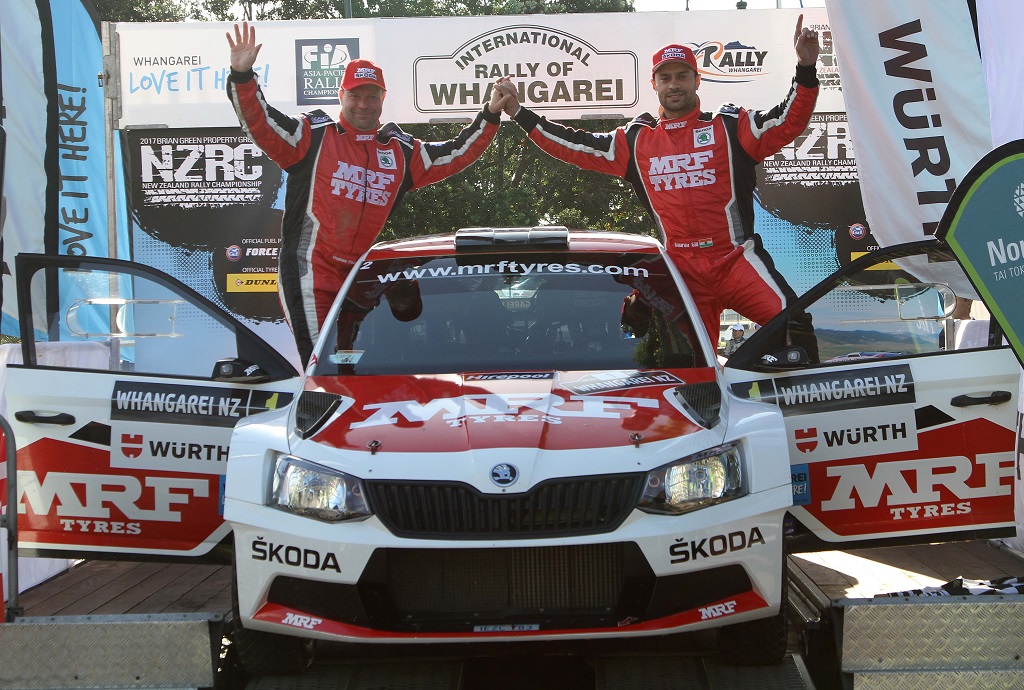 New Delhi, April 30: India’s Gaurav Gill of Team MRF Tyres made the most of the misfortune to overnight leader and team-mate Ole Christian Veiby and turned back a 33-second deficit to win the International Rally of Whangarei, the first round of FIA Asia Pacific Rally Championship, here on Sunday.

Veiby (co-driver Stig Rune Skjærmoen), who eventually finished second behind Gill, led by 23 seconds at the half-way mark today after first loop of three Special Stages, but suffered brake failure on his Skoda Fabia R5 in the very first Stage after service which cost him one minute, 22.6 seconds.

Delhi-based Gill was obviously elated at his success, though he admitted that he would have enjoyed the win much more had Veiby not suffered brake failure. 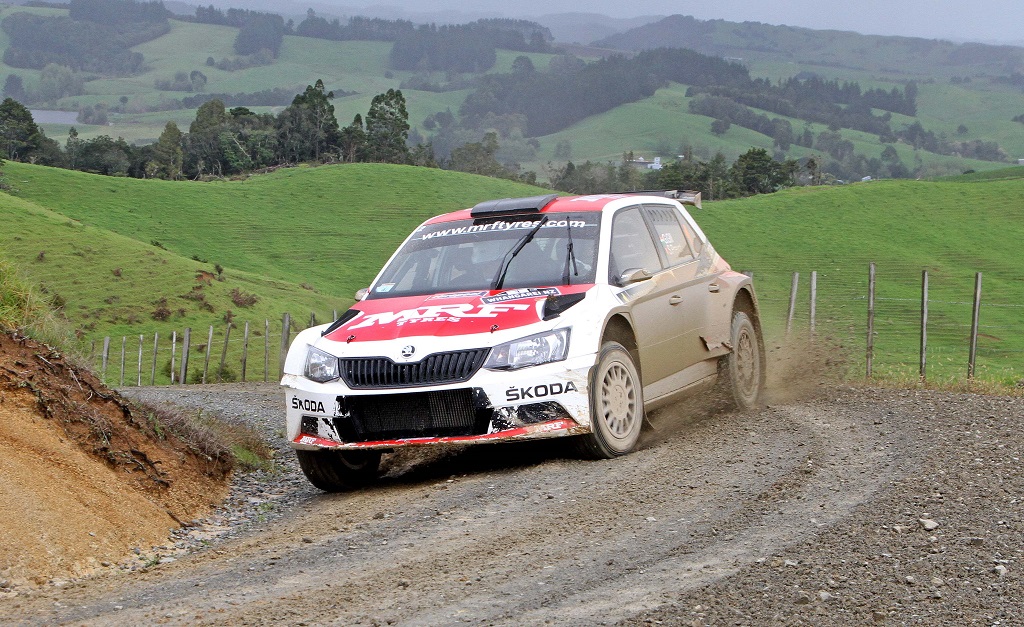 “Obviously, I am delighted by today’s victory, but it would have been sweeter had OC (Veiby) stayed in the fight till the end, but his car had some issues. Anyway, that is the nature of motorsport. Importantly, I showed that I was on pace with a WRC-2 driver that OC is and for me, personally, it was a statement that I have the speed to compete at the highest level.

“The conditions were much better today and like I said last night, I love a challenge which brings out the best in me. Although it rained a bit today, last night’s showers had washed away much of the gravel. I used tyres with different grooving which again helped me to up my pace after we had sorted out the damper issue overnight that had cost me time yesterday.

“It is a good start to the new APRC season. I can say that becoming a champion is much easier than staying as one! I now look forward to the next round in Canberra, Australia, in a month’s time,” signed off Gill.

› Name and spelling have been derived from the language of Alaska’s indigenous people › The name KAROQ is a combination of the terms ‘KAA’RAQ’ (car) and ‘RUQ’ (arrow) › With the KAROQ, ŠKODA is […]