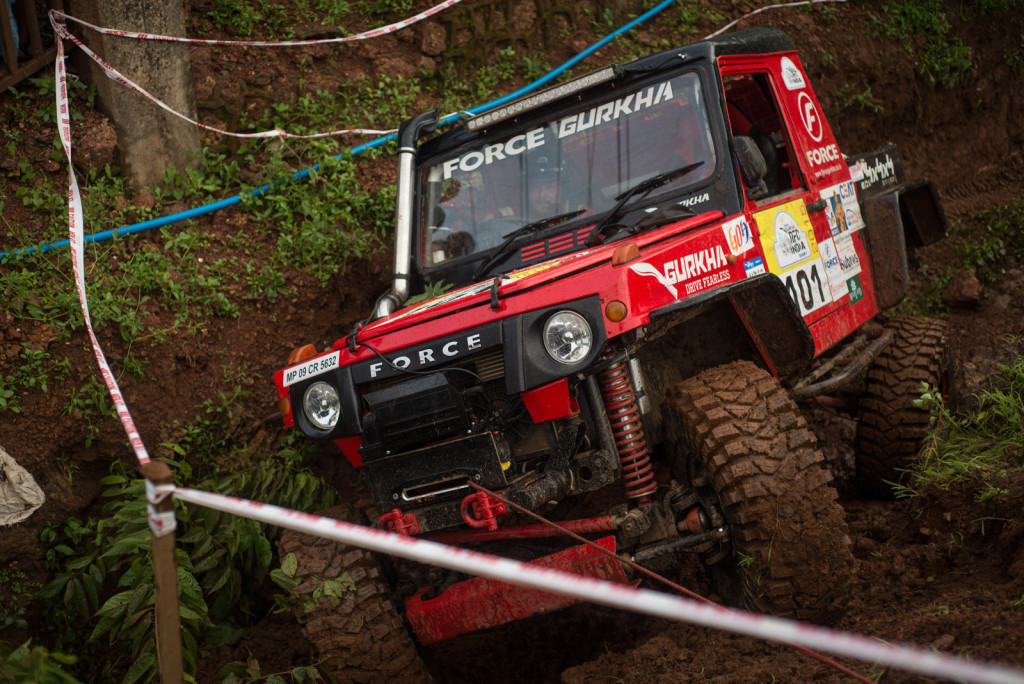 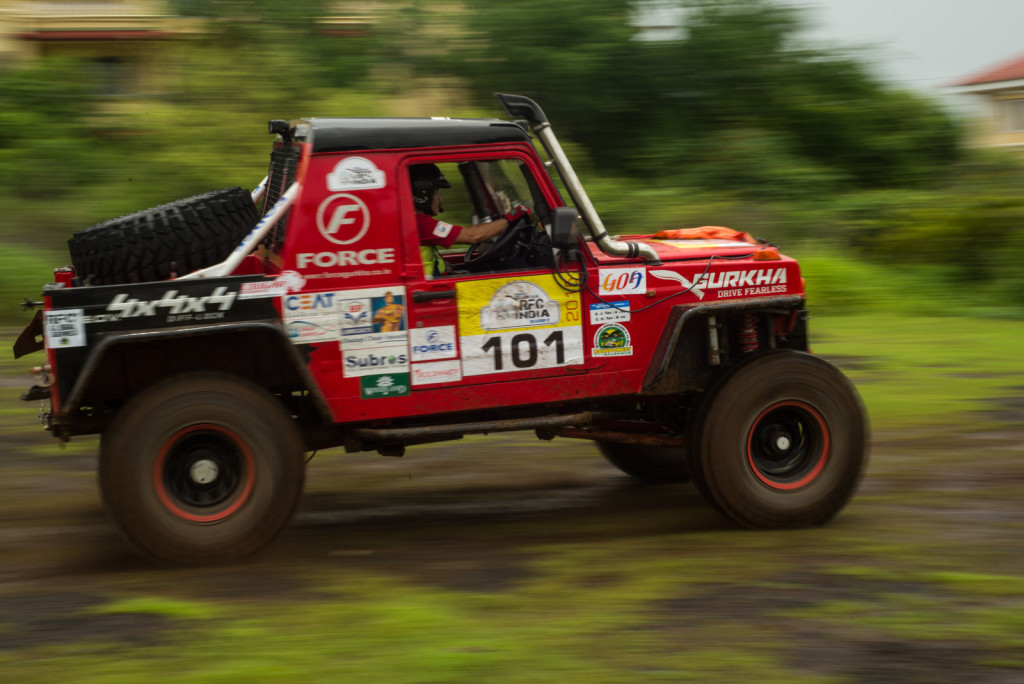 Teams put up a tough fight at the RFC India 2015

This year, similar to the first edition of RFC India, Force Motors had entered three vehicles in this extreme off-roading event. Gurkha no. 101, was piloted by Tan Eng Joo and his navigator Tan Choon Hong. The duo; winners of the top spot in RFC India 2014, claimed victory again this year with 2163 points after six days of extreme off roading action. Malaysian Mervyn Wei Shiong and his navigator Hamizan Bin Abdul Hamid were in vehicle number 102 and clinched the second position with 2095 points.

The third Force Motors’ Gurkha competitor no. 107, was led by Sanjiv Singh and his navigator Jay Shridhar who due to some setbacks finished 13th  position with 1313 points.

The trio of Force Gurkhas for the RFC India 2015 was specially modified to meet the demands of top notch extreme off-roading event. Every major driveline aggregate in these vehicles was from within the Force Motors portfolio and the success of the cars in the event is testimony to the fine engineering and proven reliability of the Force Motors aggregates and its team that supported the three vehicles at the RFC.

Managing Director Mr. Prasan Firodia said, “I am extremely delighted with the results. The main aim for sponsoring the RFC India was to encourage and promote off-roading in India. While the trend is still catching up, in the bargain we have proven the off-roading capabilities of the Force Gurkha. I congratulate the entire team for this success and appreciate their hard work and efforts. ”

The winner Tan said, “This year the contest was more demanding, with tougher courses and harsher challenges. I am glad that we could complete these stages despite having some minor setbacks along the way. Thanks to my navigator Tan Choon and the support team.”

Mervyn who piloted vehicle 102 stated, “I am pleased with the result. Although I would have liked it better if I finished first, I believe I lost to a capable competitor. As a team we put in our best and the results are for all to see.”

Force Motors was established in 1958 by Shri N. K. Firodia, is a fully vertically integrated automobile company, with expertise in design, development and manufacture of the full spectrum of automotive components, aggregates and vehicles.

Force Motors (formerly known as Bajaj Tempo) started production of HANSEAT 3-wheelers in collaboration with Vidal & Sohn Tempo Werke Germany. The company played a pioneering role in the light commercial transport industry in India with iconic brands like the Tempo, the Matador and the Traveller.

In 1997, fully aware of the strength of Force Motors, in terms of engineering infrastructure and capabilities, Daimler asked it to set up a dedicated facility for assembling and testing engines for Mercedes passenger cars to be made in India. Till date Force Motors has supplied over 50,000 engines. This portfolio has grown to include the front and rear axles of the C, E, S, M and GL class passenger cars and SUVs, which was added in the last two years.

In 2015, BMW assigned Force Motors to produce and test the engines for all cars and SUVs to be made in India. A state of the art factory has been built to the exacting standards of BMW by Force Motors in Chennai close to the BMW car factory.

Pune, August 24, 2020 : Force Motors, the Pune based automotive company has brought DY Works onboard to design the brand and experience for their iconic offroader Force Gurkha. Launched at the Auto Expo 2020 the […]

Pune, Sep 12, 2017: Pune based auto major Force Motors announced that it has tied up with Rolls Royce Power Systems for setting up a Joint Venture to produce engines for multiple applications like rail and […]

Force Motors is the Principal Sponsor of the local team for Season 4 of Pro Kabaddi The company sees a strong connect of the indigenous sport with its customer base Force Motors, Pune based automotive […]