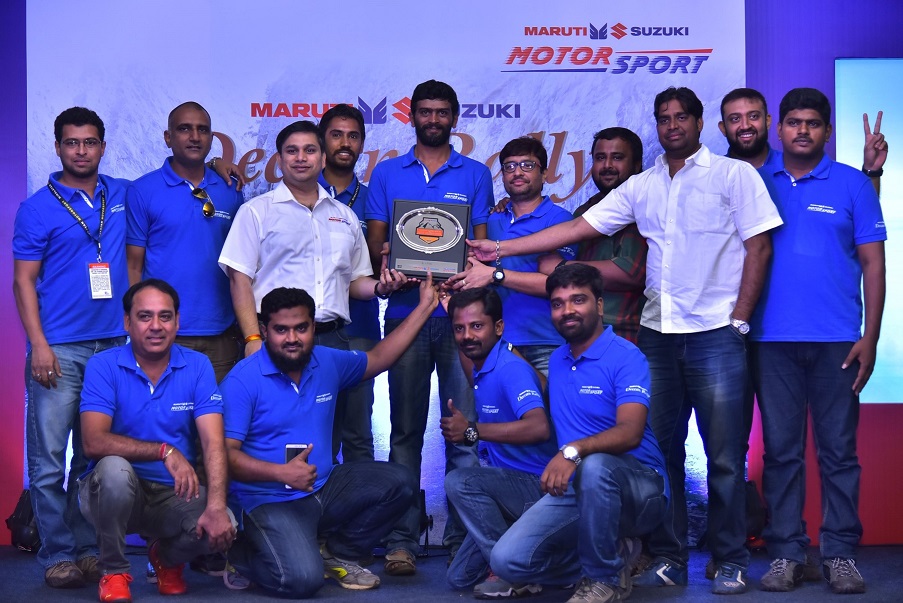 Karthick Maruthi and his co-driver S Sankar Anand, zoomed past the others to reach the finishing line as they took first place in the Deccan Rally, the second round of theNational Super League TSD Rally Championship 2016 that concluded in Goa yesterday. The team concluded in style in their equally stylish winning car, the Maruti Suzuki Vitara Brezza. The rally saw Sachin Singh and Prakash M in second spot in their Maruti Suzuki Swift followed by Ajgar Ali and M Musthafa who came in third driving their S-Cross.

Among the women participants, Sheena Sabharwal along with her navigator, Pratibha Anand was awarded the best performing women’s team. The winners were felicitated with the coveted trophies by Mr. Amit Kamat, Maruti Suzuki Regional Manager (West) at Deccan Rallyprize distribution ceremony in Goa today. The final winner of the rally will be awarded with the Maruti Suzuki Vitara Brezza at the end of the six rally series. 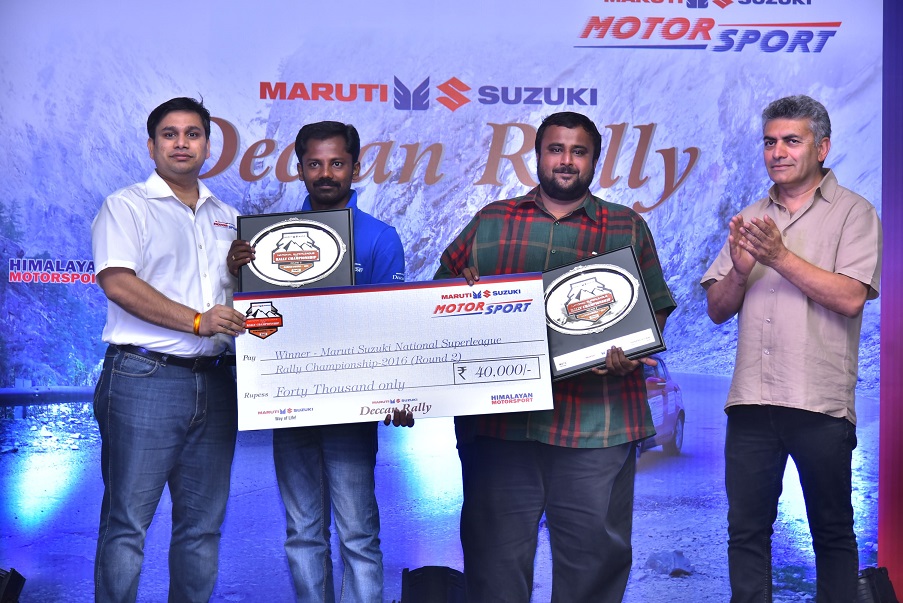 The 35 participating teams covered a total distance of around 750 kms in the Time Speed and Distance (TSD) format as they criss-crossed through the scenic routes of Pune, Ratnagiri and Goa.The rally witnessed participation of a total of 11 women participants out of which 5 teams were all women teams.

Commenting at the occasion, Mr Vinay Pant, General Manager, Marketing, Maruti Suzuki India Limited said, “It’s been an action packed couple of days. We have seen some great talent come to the fore and it’s been extremely overwhelming to be spearheading this journey. We are pleased to see the response especially from the youngsters which encourages us to promote motorsport here in the western region. We take great care to ensure everything is in place in our rallies and I would like to offer our heartfelt congratulations to the winners and it’s time to look forward to the third round of the rally shortly.” 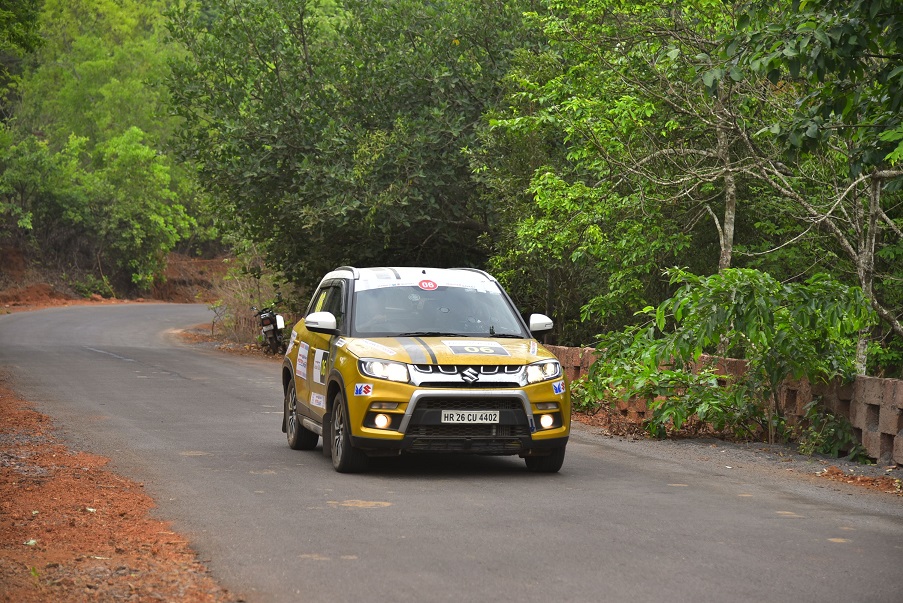 Expressing delight on winning the title,Karthick Maruthi said, “We feel on top of the world after winning the Deccan Rally. This is a crucial link in addition to the victory of the first round at Uttarakhand of the overall six stage rally and we are glad to have surpassed it successfully.Each round is a decider and mounts up to the final championship. We are game for rest of the challenge as well!”

The event which is open only for the 4 wheeler category is further split into four groups: Non-Championship – Expert, Non-Championship – Amateur, Denizen – Expert, and Denizen – Amateur. It follows the Time-Speed-Distance (TSD) format to challenge the skills of both the driver and navigator to the maximum. This is a safe moderate level of motorsport that ensures to retain the adventure of competitive motorsport especially for amateurs. 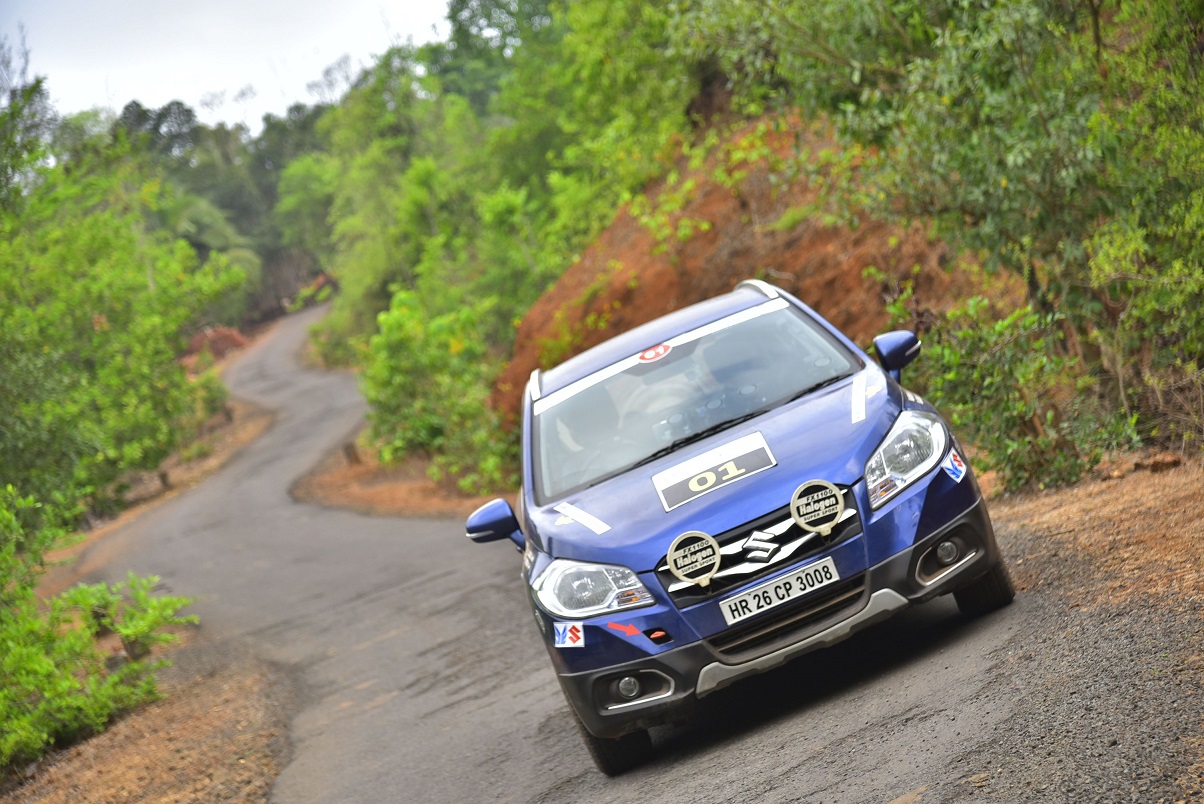 The National Super League TSD Rally Championship is yet another feather in the cap for Maruti Suzuki motorsports in India. It is a combination of six different rallies namely Uttarakhand Rally, Deccan Rally,Backwaters Rally, Mughal Rally, Gujarat Rally and Arunachal Rally.