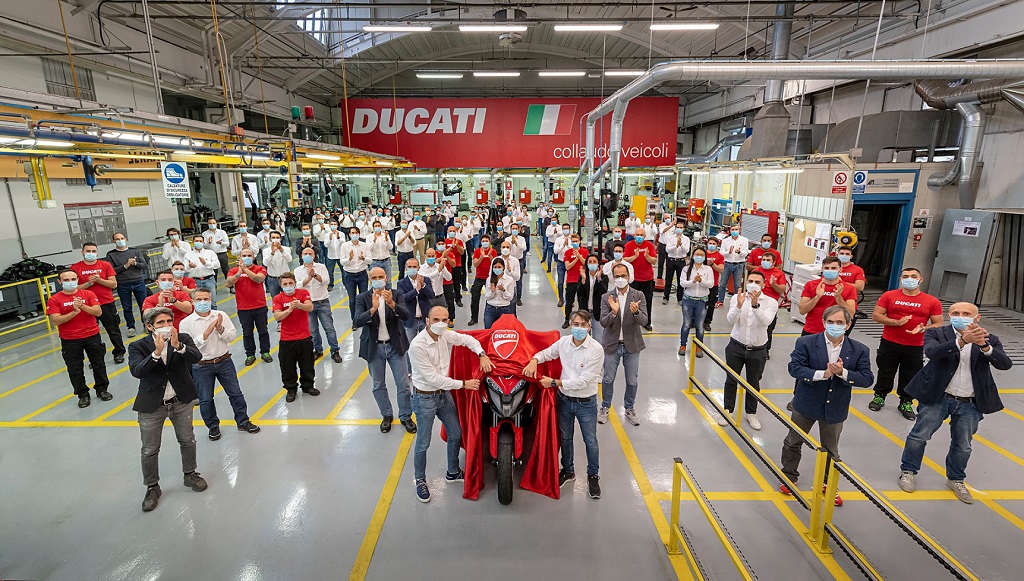 For the fourth generation of the Multistrada, Ducati has developed a new, light and compact V4 engine, designed to meet the needs required for “adventouring” use without neglecting emotion and sportiness. The complete redesign made it possible to reach record-breaking maintenance intervals for the world of two wheels. All the details of this new engine will be revealed on 15 October. 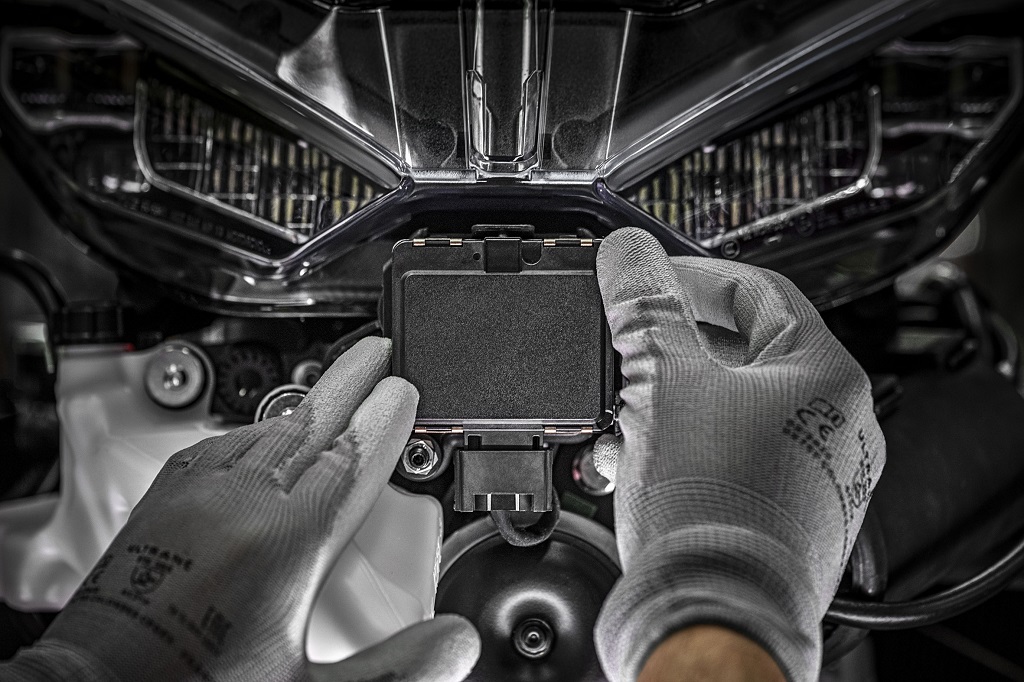 Ducati brings radars on production bikes, confirming what was anticipated in 2018 (link to the press release of April 2018 here). The adoption of these systems promises to be a true revolution for the world of two wheels, marking a new level of excellence in terms of comfort and riding assistance, especially on long motorway journeys.

Radars are advanced aid systems capable of supporting and making riding more comfortable thanks to the ability to reconstruct the reality surrounding the motorcycle. Ducati’s interest in this type of systems dates back to 2016, when the Company worked in collaboration with the Department of Electronics, Information and Bioengineering of the Politecnico di Milano to experiment with this type of systems. This first experience has confirmed the applicability of this kind of technology to vehicles on two wheels, and has pushed Ducati to the creation of a complete package of riding assistance using two radars that, within four years, has been developed and produced in close cooperation with Bosch, a top-level technology partner, and sees its first application on the new Multistrada V4. 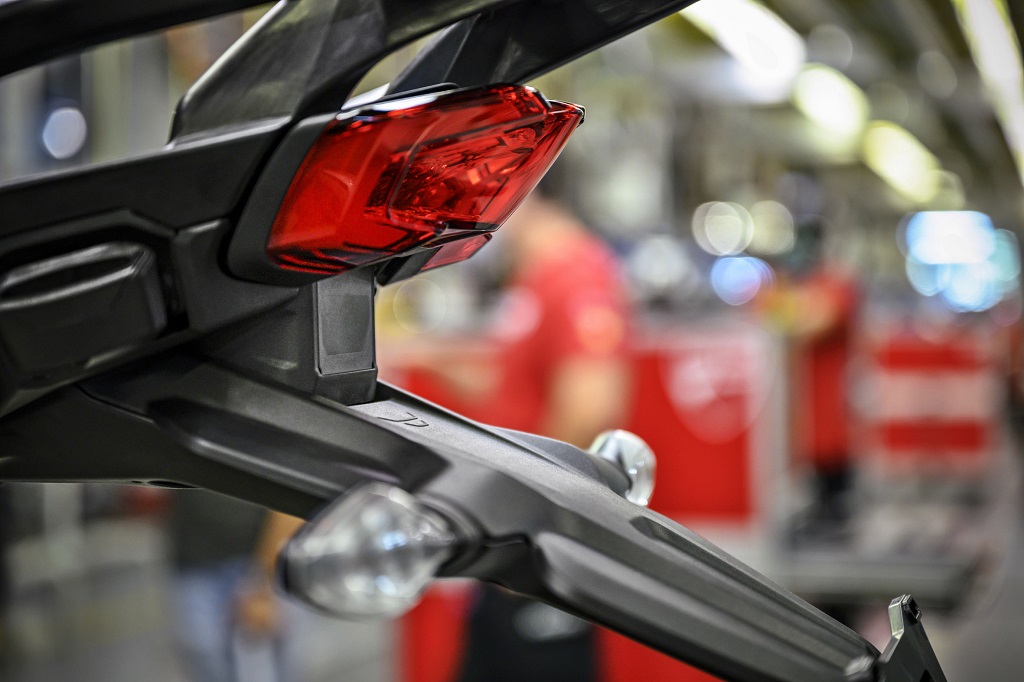 Each radar has compact dimensions (70 x 60 x 28 mm, similar to a modern action camera) and integrates perfectly into the bike, weighing only 190 grams.

The radar positioned in the front of the vehicle controls the operation of the ACC (Adaptive Cruise Control), which by means of controlled braking and acceleration automatically adjusts the distance (selectable on four levels) from other vehicles when riding at a speed between 30 and 160 km/h. This car-derived system has been evolved and developed according to the dynamics and ergonomics of a two-wheeled vehicle. In particular, the authority of the system in terms of deceleration and acceleration has been limited in order to ensure the rider can maintain constant control of the vehicle in any situation. The system allows for more comfortable riding, especially on long motorway journeys.

The rear radar, on the other hand, is able to detect and report vehicles positioned in the so-called blind spot, i.e. the area not visible either directly by the rider or through the rear-view mirror. The BSD (Blind Spot Detection) system also signals the approaching from behind of vehicles at high speed. 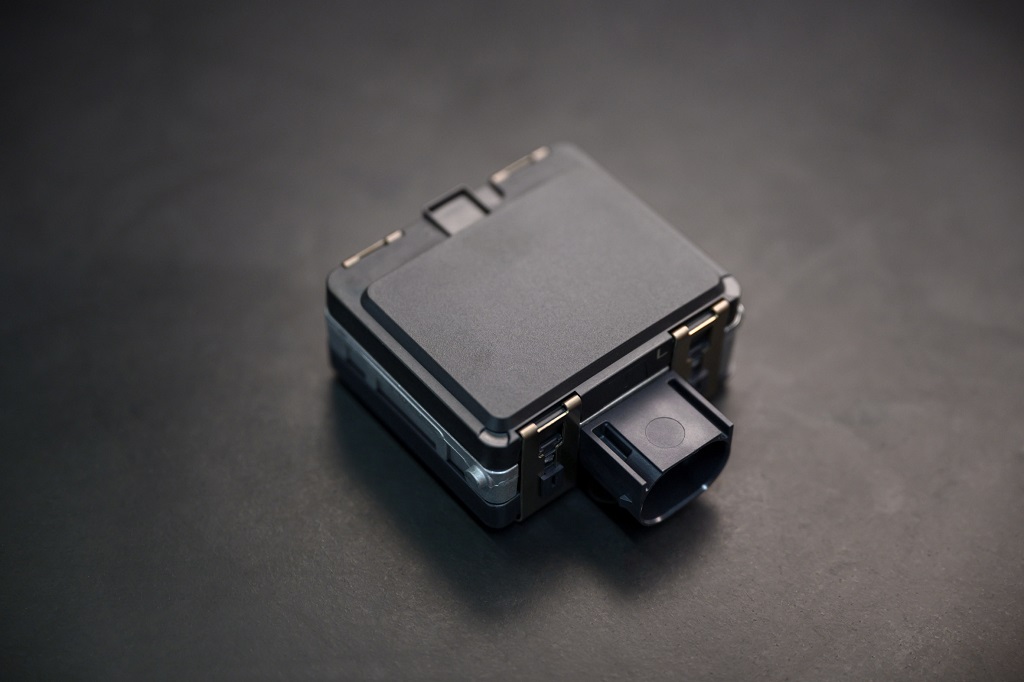 To underline the technical-scientific value of the research project, carried out jointly by Ducati engineers and researchers and undergraduates from the Politecnico di Milano, a patent application relating to the control algorithms of this system was filed in May 2017. In June 2017, a scientific publication was presented at the IEEE – Intelligent Vehicles Symposium (IV) in Redondo Beach, California.

Founded in 1926, since 1946 Ducati has been manufacturing sport-inspired motorcycles characterised by high-performance Desmodromic engines, innovative design and cutting-edge technology. With its factory located in Bologna’s Borgo Panigale district. The model range covers several market segments with the following families: Diavel, XDiavel, Hypermotard, Monster, Multistrada, SuperSport and Panigale. In 2015 Ducati presented the Ducati Scrambler: a new brand made of bikes, accessories and apparel that that stands out for its creativity and self-expression.

In 2017, Ducati has presented the Panigale V4, the first Ducati production bike to mount a 4-cylinder engine derived directly from the Desmosedici GP engine. Ducati iconic motorcycles, together with an extensive range of bike accessories and technical and lifestyle apparel, are distributed in 90 countries worldwide. In 2019 Ducati delivered 53,183 bikes to customers, consolidating its sales over the 50,000-bike threshold for the fifth year running. Ducati competes in both the World Superbike and MotoGP World Championships. In Superbike, Ducati has won 17 Manufacturers’ titles and 14 Riders’ titles. Ducati has been competing in MotoGP since 2003, winning both the Manufacturers’ and Riders’ titles in 2007.

Michelin and Suzuki score Silverstone success as vinales is victorious

Two iconic brands that represent “Made in Italy”  present the Ducati Diavel Diesel Combining elements from the past and the future, this bike is the outcome of close collaboration between the Ducati Design Center and […]