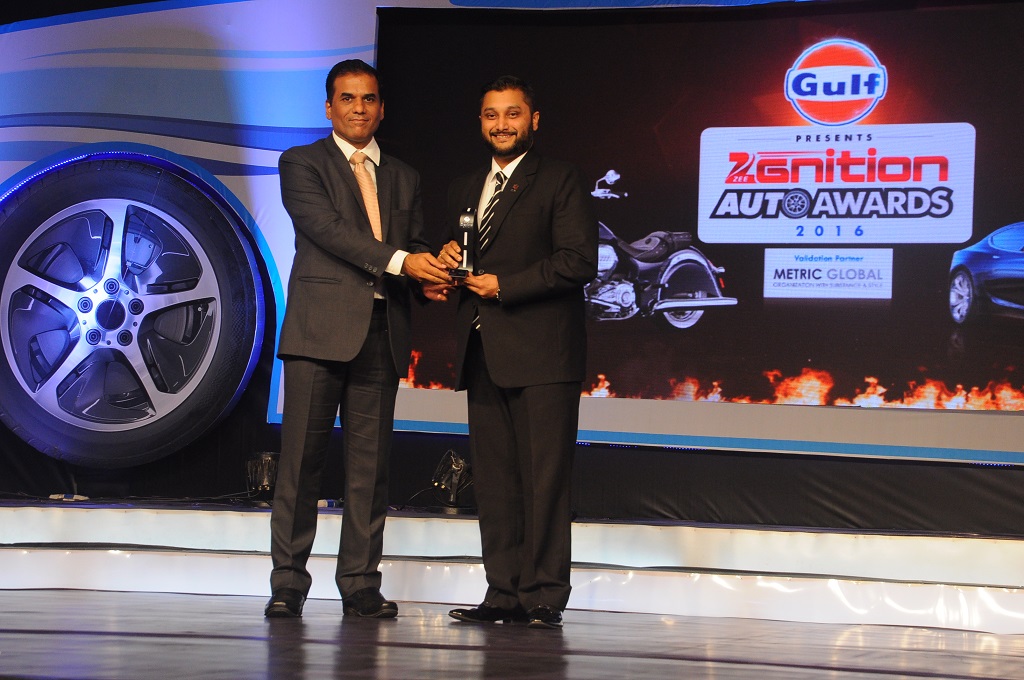 Shirish Kulkarni, Chairman of DSK Motowheels, is honoured as the

Pune, February 18, 2016: DSK Motowheels, one of India’s most well-established and strongest players in the superbike industry and the legendary Italian superbiking brand Benelli have firmly carved a strong foothold in the Indian superbike market. DSK Benelli has achieved top honours such as the ‘Manufacturer of the Year’ award. Four of its stellar superbikes have been recognised and awarded for their exceptional design language and performance. In addition, Mr. Sirish Kulkarni, Chairman of DSK Motowheels, has been honoured as the ‘Automobile Man of the Year’ by Zeegnition, the ultimate media platform for all things automotive, a show of Zee Media Corp.

The recognitions make for a covetable list of prestigious accolades. DSK Benelli has been felicitated as the ‘Manufacturer of the Year’ by Evo India, ZigWheels, MotorBeam & Fly Wheels for its emphasis on the specific preferences of the Indian market, exceptional line-up of products, product price positioning and best-in-class sales and service network.

Bike India has named the TNT600i as the ‘Bike of the Year’ up to 600CC segment whilst the TNT300 won the ‘Readers Choice of the Year’ award.

Top Gear India has named the TNT899 as the “Naked Superbike of the Year”.

The stellar TNT 899 and TNT R, both have won ‘Motorcycle Design of the Year’ award from Zeegnition.

Fly Wheels awarded the TNT R as the ‘Import Bike of the Year’.

Speaking on his felicitation, Mr. Shirish Kulkarni said, “I’m indeed thrilled to have received this prestigious award.  2015 was a significant year for all of us at DSK Motowheels as we ushered in a new era for the Indian superbiking industry by paving the way for Benelli and its distinctly Italian flavoured heritage. While this award is truly humbling for me, it would have never been possible without the efforts of my whole team which has played as vital a role in enabling Indian motorbike lovers to experience true superbiking aristocracy!”

The versatile lineup of products unveiled by DSK Benelli in India has truly set new and higher benchmarks for the industry as a whole.

DSK Benelli announces the launch of its first showroom in Vijayawada, Andhra Pradesh and expands with 23 showrooms Pan India Inbox x Murchana Dutta Attachments1:59 PM (47 minutes ago) to bcc: me

Organises a success ride with DSK Benelli bike owners to commemorate the milestone and promote ‘#BondWithBenelli’ Chennai, March 28, 2016:  DSK Motowheels, one of India’s most well-established and strongest players in the superbike industry and […]