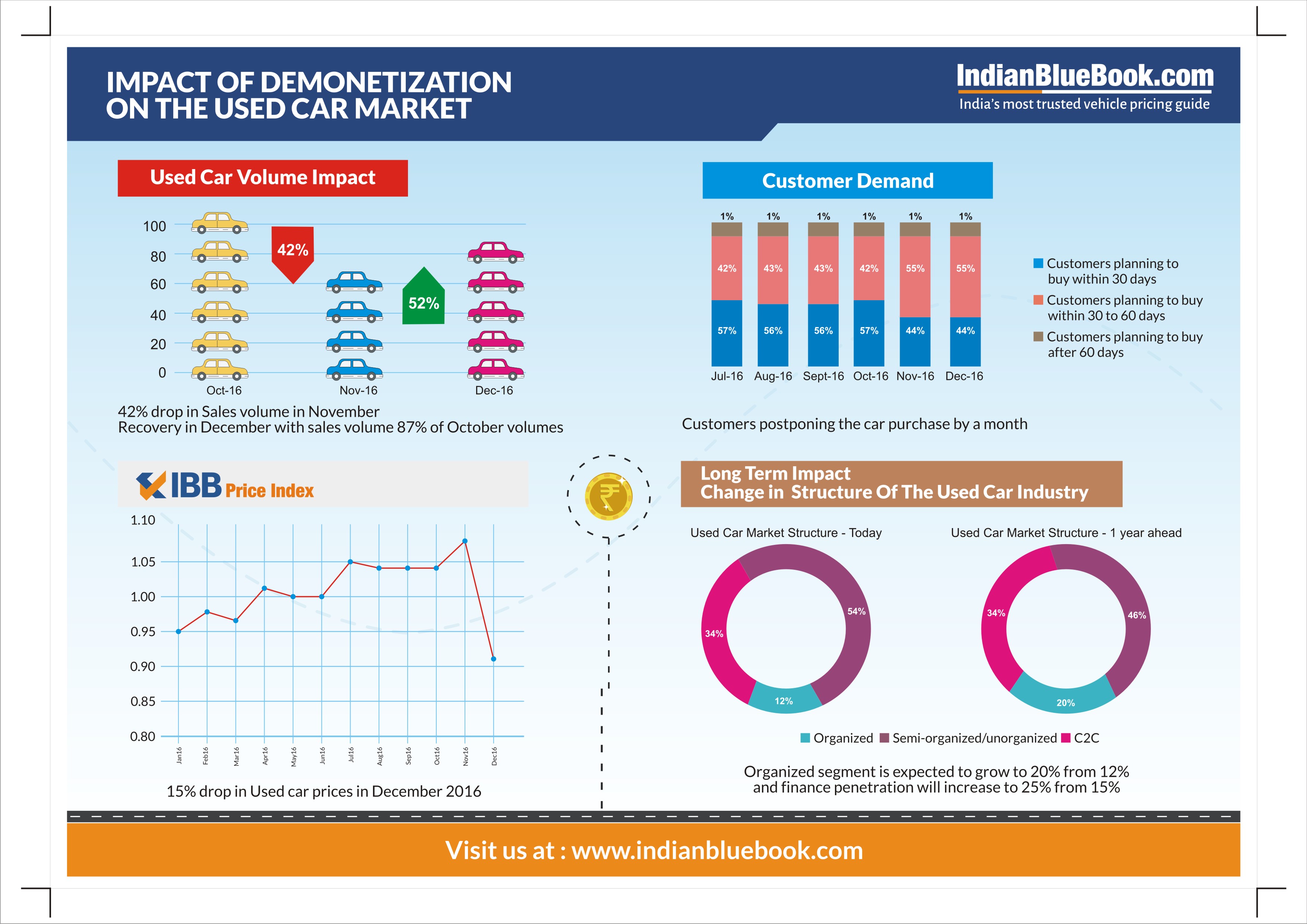 IndianBlueBook (IBB) www.indianbluebook.com, India’s most trusted vehicle pricing guide, today released a study on the “Impact of Demonetization on the Used Car Market”.

Data gathered from more than 38,000 in-market customers, throws light on the impact of demonetization on the consumer purchase cycle. It also provides insights into how the industry is expected to recover and structural shifts over the next twelve months.