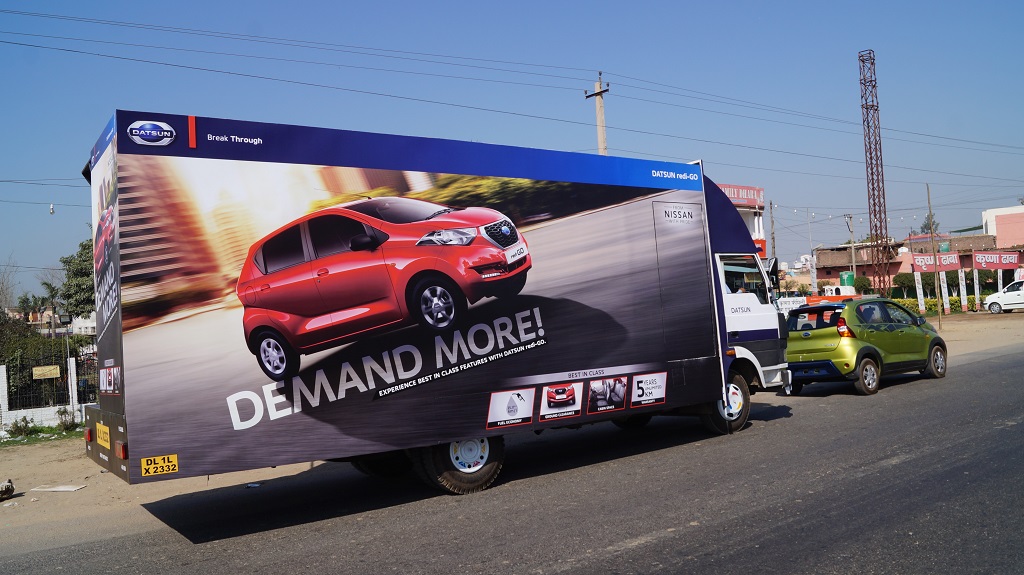 A specially-designed canter experience van sporting Datsun brand livery will visit key locations in Mumbai to deliver a first-hand experience of the Datsun redi-GO car to the customers from March 27 to April 03, 2017.

The Datsun Experience Zone is a customer-focused activity aimed at familarising consumers to the Datsun brand and the immensely popular redi-GO. The vans will transform into a platform for interactions with customers, offering an emcee to introduce the redi-GO, distribute Datsun brand merchandise, and showcase the redi-GO’s best-in-class features in addition to the chance to play a special motion sensor driving game with steering control projected on a giant LED wall screen. 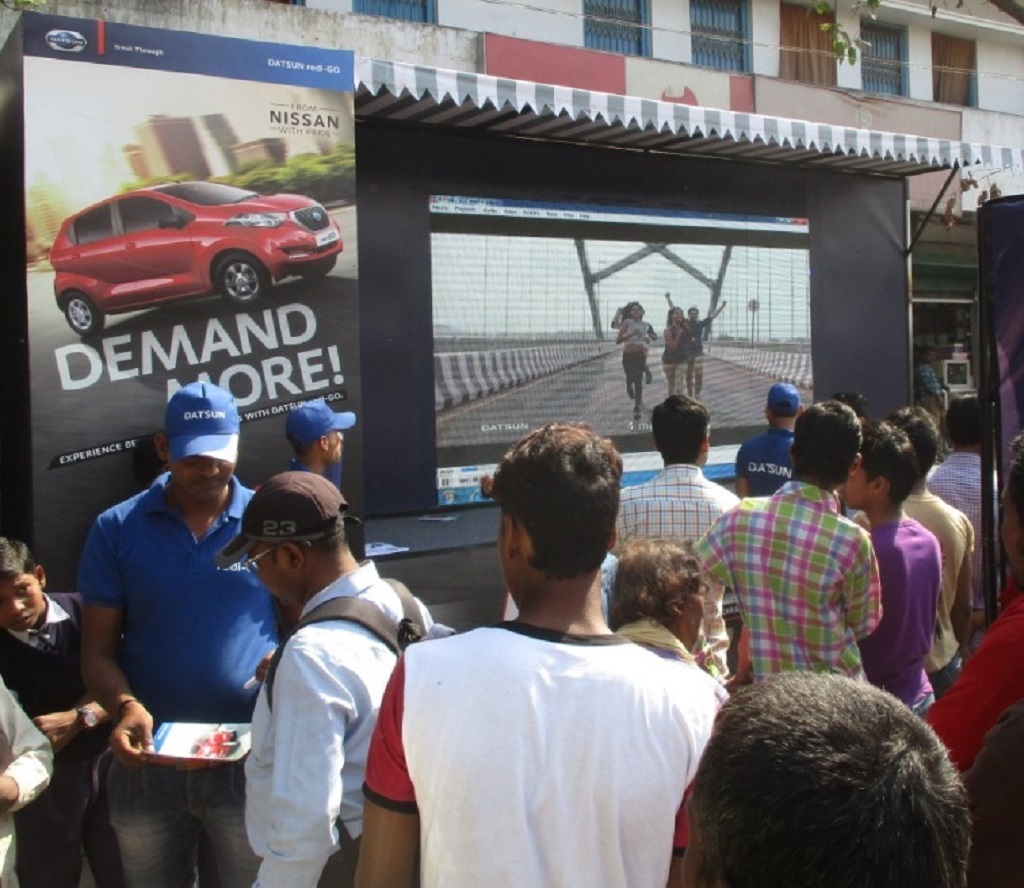 “At Datsun it is our endeavour to reach out to our first time car buyers through different ways. The Datsun Experience Zone is aimed to engage, showcase and help consumers experience the best-in-class features of the redi-GO with an upbeat atmosphere at a convenient place,” said Arun Malhotra, Managing Director – Nissan Motor India Pvt. Ltd.

“Apart from having fun, they will also be able to get a first-hand look at the redi-GO’s attractive styling and learn more about its best-in-class ground clearance, cabin space, and five-year unlimited kilometres warranty.” added Malhotra. 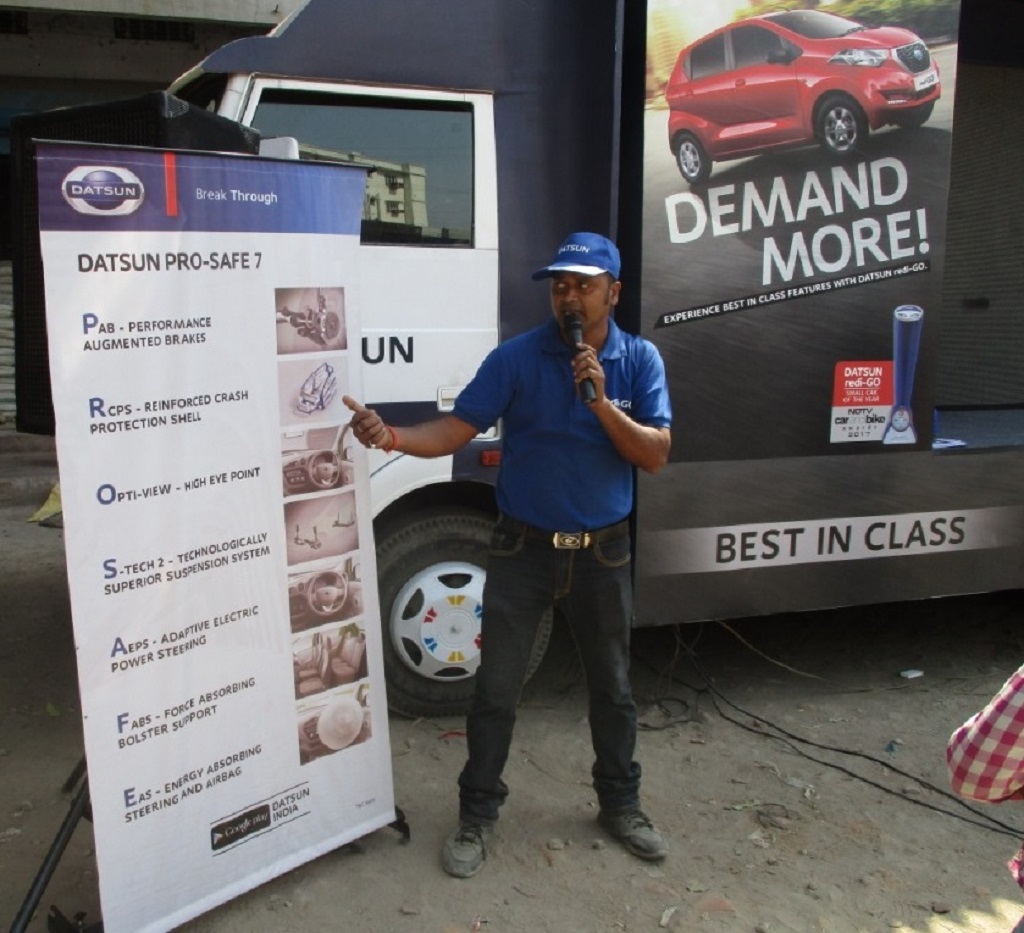 The Datsun redi-GO was launched in India in June 2016. It is an attractively priced, modern and highly capable vehicle that combines the roominess, agility and efficiency of an urban hatchback with best-in-class ground clearance (185mm) and the rugged looks of a crossover. Datsun redi-GO has won seven motoring awards in India to date in recognition of its product strengths and popularity. The accolades include two awards at the NDTV Car and Bike Awards 2017 (Small Car of the Year and the Brand Ambassador award), in addition to the viewer’s choice award from The Auto Show / Car India and Bike India Awards 2017.

Datsun originated in Japan as DAT-GO (the DAT-car) almost a century ago in 1914. The word DAT means ‘lightning-fast’ in Japanese but is also a reference to the first letters of family names of the three financiers who supported the business at the time: Den, Aoyama and Takeuchi. Using the same logic, it was promoted as Durable, Attractive and Trustworthy, or DAT for short.

In 1933, Nissan’s founding father Yoshisuke Aikawa took over the business with a vision of “mobility for all”. The introduction of a lightweight, economical yet resilient car to meet the aspirations of young Japanese people in the early 1930s was named the ‘son of DAT’ – Datson – which later changed to Datsun. Local engineering and mass-production made the founder’s dream a reality.

Discover the story of the design of the #NissanMagnite Concept  New Delhi, August 5, 2020 – Nissan India today highlighted the design philosophy behind concept. Designed to ignite the imagination and aspirations of those who desire to […]

Benefits up to 71,000 on Nissan models and up to 16,000 on Datsun models Assured Gold Coin with every new car purchase during the month of September Lucky customers to win a car for free […]