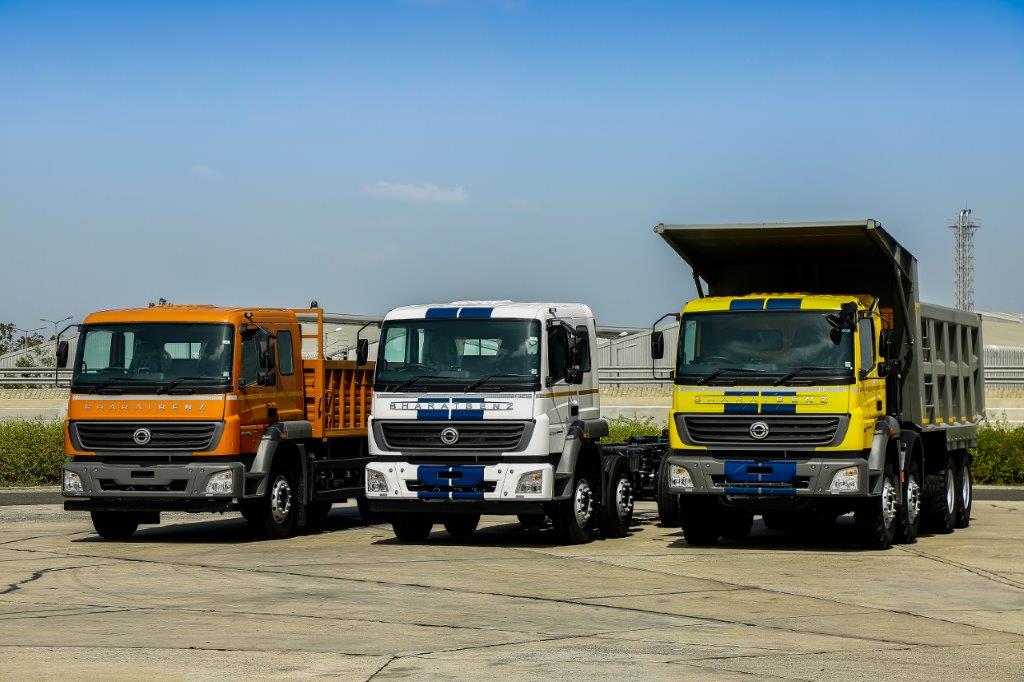 ·         Mr. Satyakam Arya, Managing Director & CEO, DICV: “2018 was the best year in the young history of our company and for BharatBenz – our focus on profitable growth continues to pay off. Our full attention is on India’s transition to BS-VI in just over a year, and we are confident to add the next chapter to our success story.”

Chennai – Daimler India Commercial Vehicles (DICV) – the wholly-owned subsidiary of Daimler AG, the world’s leading CV manufacturer with a global reach – recorded its best-ever business results in the year 2018. As planned, the company reached the break-even in its truck business just over six years after the market launch of BharatBenz.

Mr. Satyakam Arya, Managing Director & CEO, Daimler India Commercial Vehicles (DICV), said: “2018 was the best year in the young history of our company and for BharatBenz – our focus on profitable growth continues to pay off.”

In its domestic business, DICV recorded strong growth of 35% with sales of 22,532 trucks (2017: 16,717 units) in the year 2018, surpassing the growth rate of 28% achieved in 2017. This positive development was both due to the strength of the BharatBenz product portfolio which continues to resonate with the rising number of value-conscious customers, and to the expansion of the brand’s pan-Indian sales and service network, which grew from more than 130 to over 180 touchpoints in the course of the year. 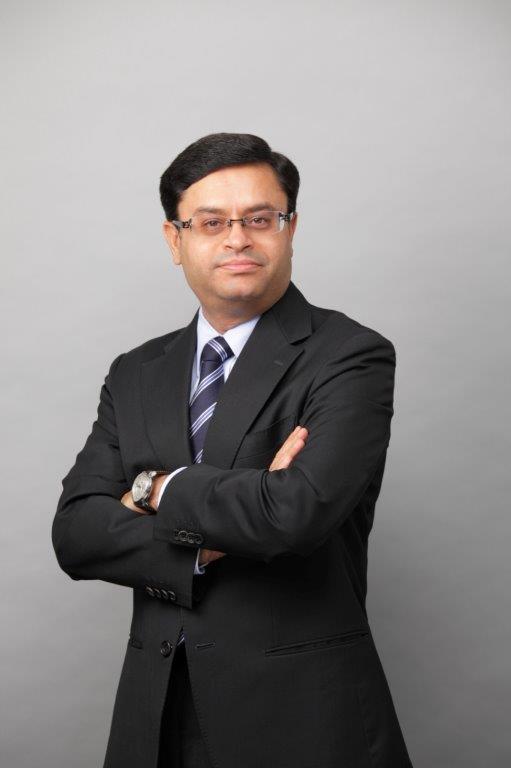 DICV’s exports also developed favorably in 2018, increasing by 8% to 7,054 trucks (2017: 6,553 units). The company now supplies vehicles to 50 countries in Africa, Latin America, the Middle East, and Asia; Chile, Ivory Coast, Cameroon, Rwanda, Ghana and Egypt were added as export destinations in 2018. Overall, more than 20,000 vehicles have been delivered since the start of DICV’s exports business in 2013.

Further milestones were reached in the year 2018: The mark of 1,00,000 units was crossed in production at DICV’s manufacturing plant near Chennai, which is an integral part of the global production network of Daimler Trucks & Buses. Underlining the hallmark reliability of BharatBenz products, the first BharatBenz customer entered the ‘kilometre millionaire’ club, having operated his BharatBenz truck on more than 10 lakh kilometres with the original, factory-installed powertrain. 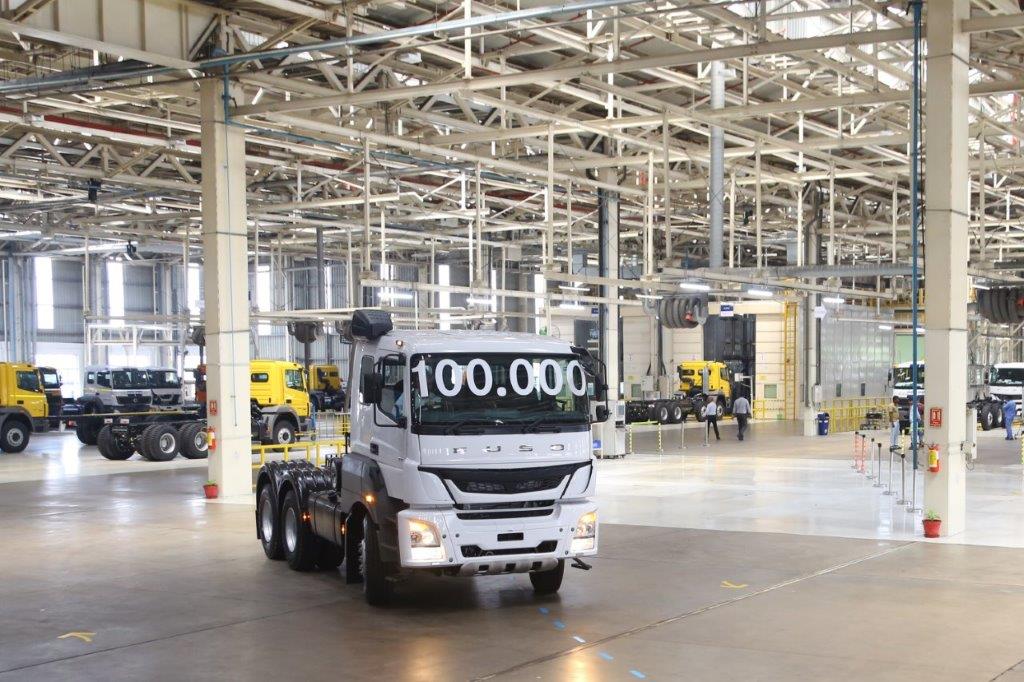 Outlook: set for continuous growth with BS-VI on the horizon

For the year 2019, DICV expects a continuous positive development both in its domestic and exports business. With BharatBenz, focus areas include the full digitalization of the customer ecosystem, further expansion of the sales and service network, and products that provide even better value for the customer.

“Our full attention is on India’s transition to BS-VI in just over a year, and we are confident to add the next chapter to our success story. We are fully utilizing Daimler’s extensive global Euro 6 experience, and we combine this with our customer and market insight to create the best for Indian CV customers,” said Mr. Arya. “In parallel, the third phase of our network expansion will double the number of our sales and service touchpoints in the next 2-3 years and take us even closer to our customers.”

With regard to the new axle load regulations, DICV is upgrading the entire domestic truck portfolio and will launch models and variants in a staggered approach. The first customer vehicle of that new product generation, a 55-tonne tractor with best in class GVW (gross vehicle weight), will be handed over to a BharatBenz customer in Rajasthan in the coming week.

Daimler India Commercial Vehicles (DICV), a wholly owned subsidiary of Daimler AG, Germany, is a full-fledged commercial vehicle player in the Indian market and the only Daimler entity worldwide with a brand dedicated to its home market: BharatBenz. DICV produces and sells in India above 9 to 55 tons trucks as well as BharatBenz buses, Mercedes-Benz coaches and bus chassis. DICV’s state-of-the-art manufacturing plant at Oragadam near Chennai spreads over 400 acres (160 hectares) including a highly modern test track and is home to the company’s headquarters, R&D and training operations. With one global quality standard, it also produces for Daimler Trucks’ brands of FUSO, Mercedes-Benz and Freightliner. Products and parts are exported to more than 50 markets in the Africa, Asia, Latin America and the Middle East. DICV represents an overall investment of more than INR 5,000 crores.

The BharatBenz brand is tailored for the Indian market and its demanding customer requirements by Daimler AG, the world’s leading CV manufacturer with a global reach. First unveiled in February 2011, the brand was launched in September 2012 with the introduction of its heavy-duty haulage trucks. The portfolio was continuously expanded with the launch of medium-duty haulage trucks (2013), construction & mining trucks and tractors (2014), and buses (2015). The pan-Indian BharatBenz sales and service network of more than 180 touchpoints is continuously expanded. Within six years after the market launch, more than 80,000 vehicles have already been handed over to customers – an unprecedented ramp-up in the world’s toughest commercial vehicle market.

Mercedes-Benz ‘Safe Roads’ travels to the City of Joy, Kolkata to conclude the two-year multicity roadshow

All-new BharatBenz range of heavy-duty trucks introduced less than five years after the market launch of the first generation. New models raise the bar further in terms of productivity, efficiency, and safety; come with proven […]