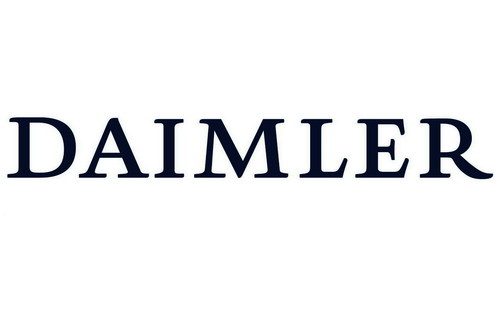 Daimler held its first 24-hour Open Hackathon in Whitefield, Bangalore on October 21st and 22nd, 2016. A total of 65 participants were selected to develop creative ideas and code prototypes related to digitalization within a given timeframe of 24 hours. The event was aimed at students from the fields of IT, software engineering and computer science from various colleges. Hack.Bangalore was inaugurated by Mr. Manu Saale, MD & CEO, Mercedes-Benz Research and Development, India (MBRDI) and Mr. Markus Haegele, Head of DigitalLife@Daimler, Germany.

At the occasion Mr. Manu Saale, said: “Digital is the future of mobility and the way ahead. It has been an exciting 24 hours to watch our digitally savvy students crack and hack to come up with innovative solutions. MBRDI in collaboration with DigitalLife@Daimler has made a strategic and cross-divisional effort through this hackathon to foster and nurture digital transformation here at Daimler. We believe IT and Digital touches every industry and the automotive industry is no exception. With Hack.Bangalore we have come together to meet and mentor talented students capable to explore the possibilities of what we can do – as modern and digital as it gets! The teams have come up with novel ideas on how connectivity and a digital virtual workplace can break down barriers and revolutionize user experience to a whole new level!”

During the 24-hour development phase, the participants worked in self-organized teams. Students were highly motivated and were very keen on exchanging their ideas with our mentors. They developed many excellent ideas that reflect not-only the business needs of Daimler but also solutions relevant for India – such as the app on warning drivers when they don’t focus on the road, the prototype capable of easing the way for ambulances through traffic. Hack.Bangalore gave talented young students an innovative space to challenge themselves and realize their dreams. They got the opportunity to seek technical advice from our experts, gain business insights, honed their skills and an insight into the world of MBRDI.

The winning team “RVCE9.11” developed a creative prototype to help ambulances ease their way through traffic in case of emergencies. Their prototype would use vehicle detection and dynamic traffic mapping that would in turn give information on the most efficient lane to which the cars should shift (based on Swarm Logic) to make way for the ambulance. Their motto – ‘Change a lane and save a life’. The winners were awarded by Raghavendra Vaidya- Senior VP and Head of IT, MBRDI.

The Hackathon in Bangalore is part of a series of Hackathons being held in Germany, the United States and China, which is supported by the DigitalLife@Daimler initiative. The multi-disciplinary DigitalLife@Daimler team is responsbile for the companywide digitalization strategy and implements projects to foster the digital transformation of Daimler. The next Hackathon event has been planned for 5th and 6th November, 2016 at Sunnyvale, United States.

Here at MBRDI we aim to create an innovative eco-system that enables and inspires our colleagues to search for innovative solutions in collaboration with our strategy department Digitallife@Daimler. This is a 5th in a series of events that we have worked on in association with DigitalLife @ Daimler. The other events where we involved our employees were for a series of global events to ideate and solve strategic problems using innovative techniques. One of our collaborative projects with teams across the globe at Daimler received international recognition in Daimler and the IFA 2016 (International Consulmer Electronics Fair) in Berlin. Hack.Bangalore is another milestone we add to our journey of innovation gathering ideas and concepts from an external perspective. At MBRDI, digitalization is the driving force for both R&D and IT. Digitalization is paving the path for disruptive changes to the way we live, interact and move.