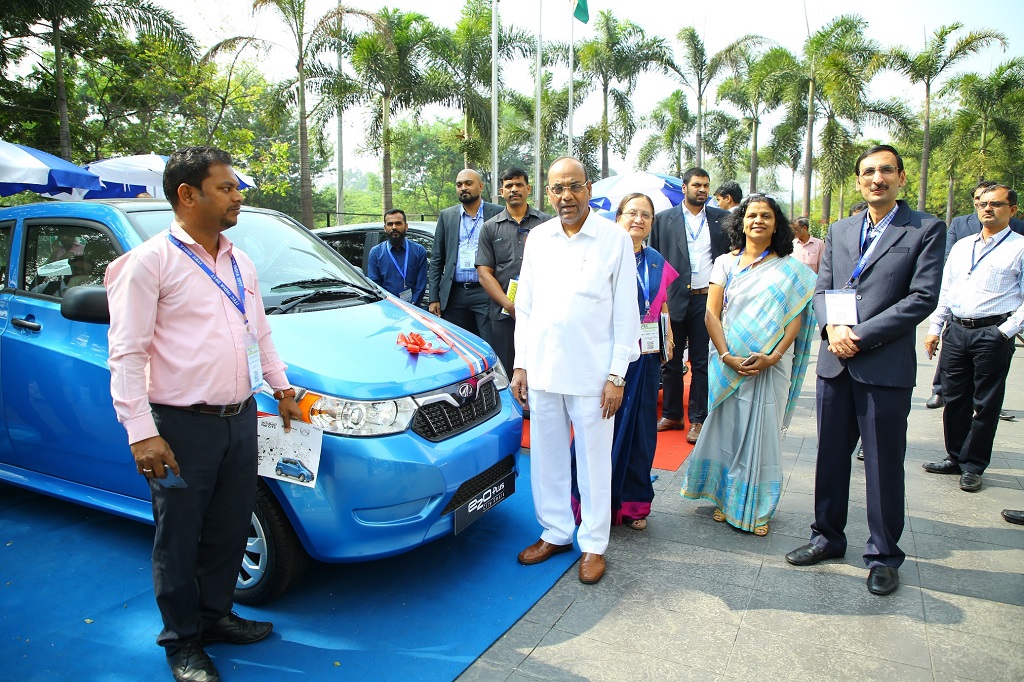 Pune, December 15, 2017: The Indian government is introspecting about various aspects of battery production and allied infrastructure required for electrification of vehicles. The industry experts and research organisations should collaborate and provide expert suggestions to make electrification a sustainable solution in India, expressed Anant Geete, Union Cabinet Minister for Heavy Industries and Public Enterprises. He was speaking at the Valedictory function of the iTEC India 2017, a conference organised to discuss the nuances of e-mobility. He also unveiled the ‘ Center of Excellence’ of Electric Mobility developed by ARAI.

iTEC India 2017 (International Transportation Electrification Conference India) was a 3-day conference based on the central theme of ‘Electrical Vehicle Ecosystem – Resetting the Future of Mobility’. This conference was jointly organised by Automotive Research Association of India (ARAI) Society of Automotive Engineers India (SAE India) and Institute of Electrical and Electronics Engineers (IEEE). 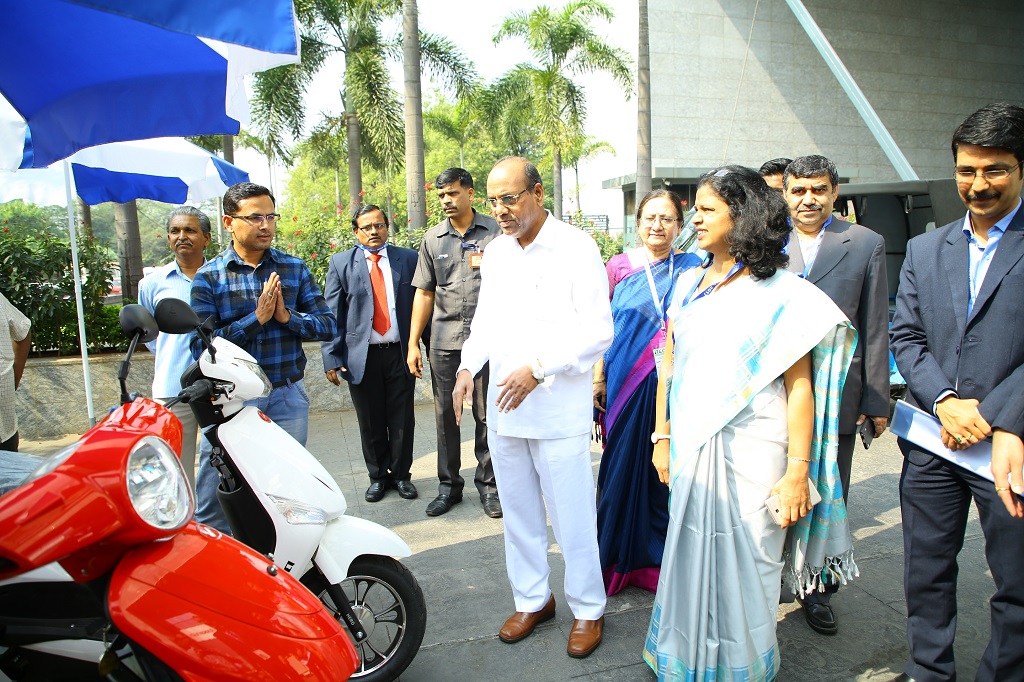 Geete further added that to make this policy achievable, the government is implementing it in multiple phases. “By 2020, we are expected to completely shift our vehicles to the BS6 engine and then if we decided to move towards the electrification of the public and private transport. But for that we must accept the current reality that we import 70% of the crude oil and for electrification we will be importing Lithium necessary for the batteries. We have to carefully craft the policies to meet these demands and save cost incurred by the citizens,” he said. He concluded his statement by urging ARAI and auto industry experts present in the conference to guide the government in the right direction to decide the future course of action. 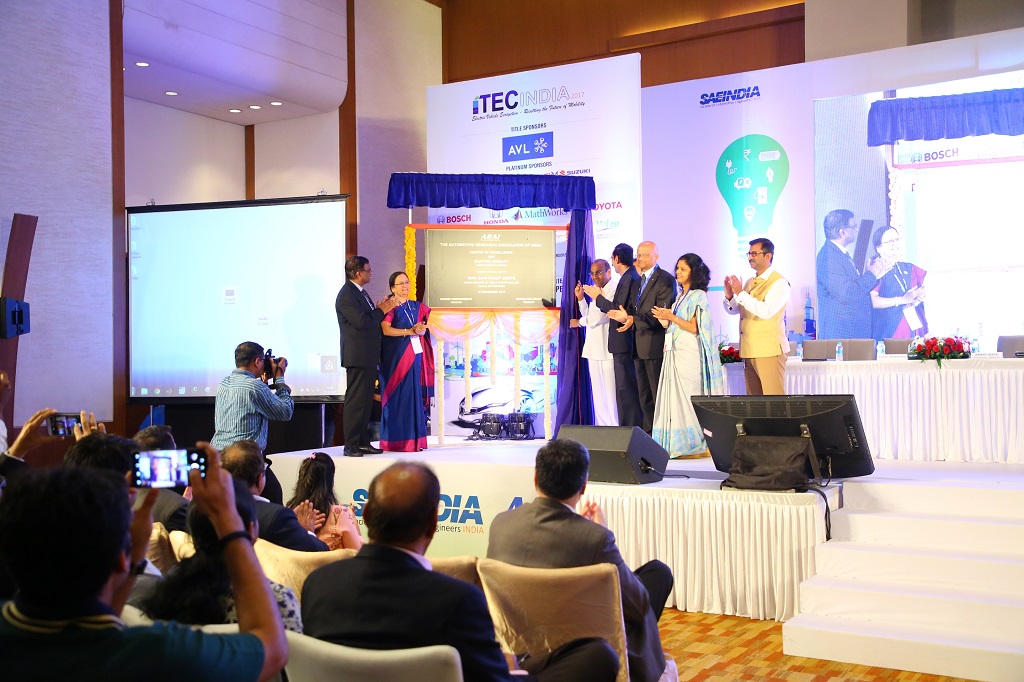 Dr Jindal, representing the concerns of auto industry raised several challenges faced by the industry in the process of electrification. He said, “To march towards complete electrification we need the government’s policy to be stable. We also need to reduce the cost of vehicles by providing consistent subsidies and financial aids till the e-vehicle production attains sustainability. Indian government must encourage start-ups, innovators and joint ventures of OEMs and vendors in this sector.”

He further emphasized on the power infrastructure for the e-vehicles. Dr Jindal said, “The quality of power provided to charge these vehicles must improve significantly. Continuous voltage and frequency fluctuations may affect the parts of the electrified vehicle and reduces its efficiency. Also, the power may have to be subsidized to encourage wide production and usage of the e-vehicles,” he said. While concluding his statement, Dr. Jindal said that skill development in the sector of electrification must also be encouraged on the larger scale.

Addressing the issues dealt in the iTEC India 2017 conference, Urdhwareshe said that this conference has helped in understanding the changing technology of hybridisation, battery production and management as well as various innovations that can be useful to India. “To attain the goal of e-mobility, the commitment of all the stakeholders that includes researchers, academia, industry and the government is visible. Such collaboration will definitely take us to our end goal of complete electrification and better environment,” she said.

Akshay Kumar Rathod reflected on the happenings of the conference. He informed that the conference featured 120 technical papers, 19 keynotes, 14 plenary sessions and over 100 technical presentations that were attended by over 700 delegates from 14 different countries. “This conference is the second edition of the ITEC India conference. The first was hosted in Chennai in 2015. We have grown three times in this edition compared to the last one. The initiative of ITEC conference was first started by USA in 2012. ITEC India within two editions has become larger than its counterpart in USA,” he said.

Deshapande introduced the concept of the Center of Excellence of Electric Mobility, set up by ARAI in Pune. He said that this center has state-of-the-art-facilities to help the manufacturers and innovators to test their creations as per the international norms and standards. He said, “The center will have major facilities such as battery emulator, motor test beds, battery test systems, hardware-in-loop (HIL) systems, etc. covering range of vehicles from 2-wheeler to bus segment. This center will definitely give a push to the e-mobility in India.”

The next edition of the conference was also announced during the function. It will take place in 2019 in Bengaluru. Ujjwala Karle summed up the event by delivering a vote of thanks.

·         ITEC India 2017 Commences in Pune Pune, 13th December 2017: The electrification of vehicles is going to be the biggest disruption in the automobile industry. India can seize this opportunity to become the leading manufacturer of electromobility […]