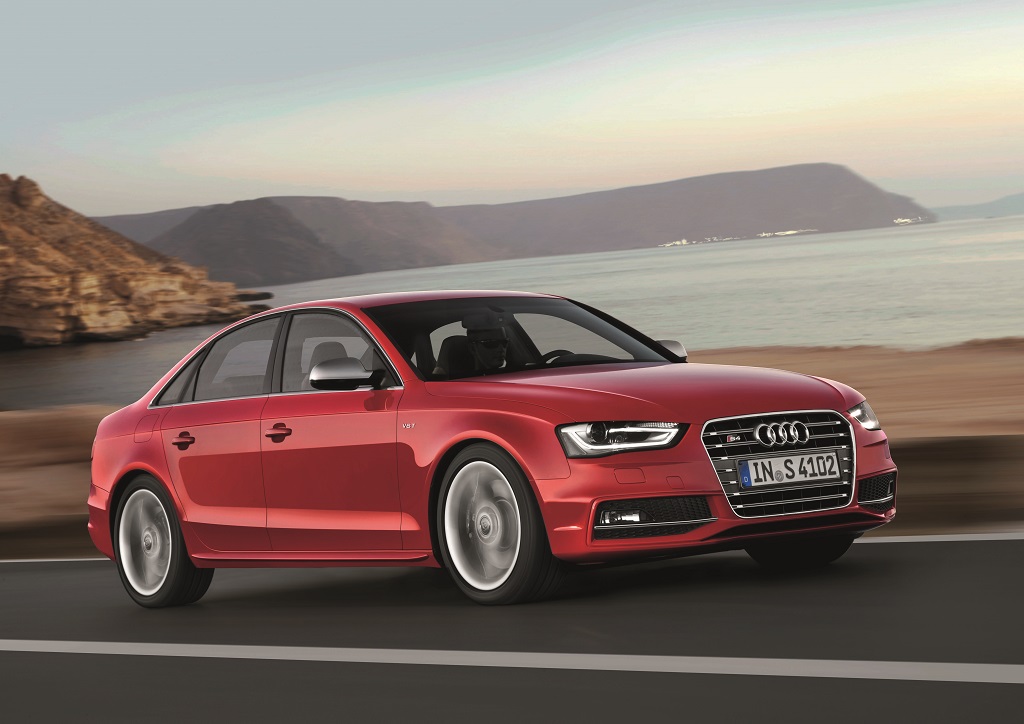 Audi, the German luxury car manufacturer, today announced the launch of the Audi S4- a powerful athlete that combines raw dynamism and stately elegance. Powerful performance, a sumptuous level of equipment and a high degree of everyday practicality: all these attributes come together in the new Audi S4. Priced from INR 45, 31,000 on wards (Ex-showroom Maharashtra), the new Audi S4 is now available at 19 Audi dealerships across the country.

“With impressive sales growth in the first five months of this year and the launch of the Audi TT, new Audi A4 and now Audi S4, 2012 is proving to be an exciting time for us. From the introduction of innovative products and services to customer initiatives, we are making great strides in our endeavor towards customer delight. We are continuously reviewing our plans vis-à-vis market trends and changing customer preferences in order to satisfy the growing demand for luxury cars in the country. After the introduction of the new Audi A4 we saw a lot of Audi ‘fans’ requesting for the Audi S4, and we responded to this demand. The new Audi S4 joins the successful league of our sedans and we are confident that it will also script a success story similar to its predecessors”, said Michael Perschke, Head, Audi India.

The Audi S4 sedan embodies the cultivated sportiness typical of Audi. It is a fast, powerful sports car with uncompromised everyday practicality. The hexagonal single-frame grille, the wedge-shaped xenon headlights clasped in LED daytime running lights, the LED rear lights and the new bumpers are the most obvious cues to the updated model. The radiator grille insert is Platinum Gray and features finely sculpted, horizontal chrome crossbars and an S4 badge. The housings of the exterior mirrors shine with an aluminum-look finish, the side sills are painted in the body color and V6 T badges adorn the flanks.

The Audi S4 comes standard with a seven-speed S tronic. It directs the power to the quattro drive train with the self-locking center differential and torque vectoring.The sport suspension lowers the vehicle body by 20 millimeters (0.79 in), and a high-performance brake system provides powerful deceleration. The wheels are 18 inches in diameter.

The new Audi S4 has a leather multifunction sport steering wheel with the S4 badge been redesigned and flat-bottomed rim available as a sporty option. The inlays have surfaces of Matt Brushed Aluminum and sportily cool black dominates the interior. The lighting package, the xenon plus headlights with LED rear lights and the driver information system with color display round out the specific standard equipment of the S models.

“We have been receiving requests for the new Audi S4 from car enthusiasts all over the country eversince it was first seen at the Audi Driving Experience where Indian motorsport ace and Audi S4 owner, Karun Chandhok drove it on the tracks of the Buddh International Circuit. We decided to utilize the power of our huge fan base to gauge customer sentiments for this. We started the ‘Vote for S4’ campaign on various social media platforms and the outcome was overwhelming as thousands of fans participated on a daily basis and unanimously voted to bring the S4 to India”, added Mr. Perschke.

Audi India plans to expand its network to 25 dealerships by the end of 2012 from its existing 19 centres. Audi recently opened new showrooms in Coimbatore, Delhi West Nagpur and its second in Madhya Pradesh in Bhopal. Last year, the luxury carmaker opened new showrooms in Delhi South, Chennai, Ludhiana, Surat and Indore. Further developments include Lucknow, Navi Mumbai and Mumbai South among others.