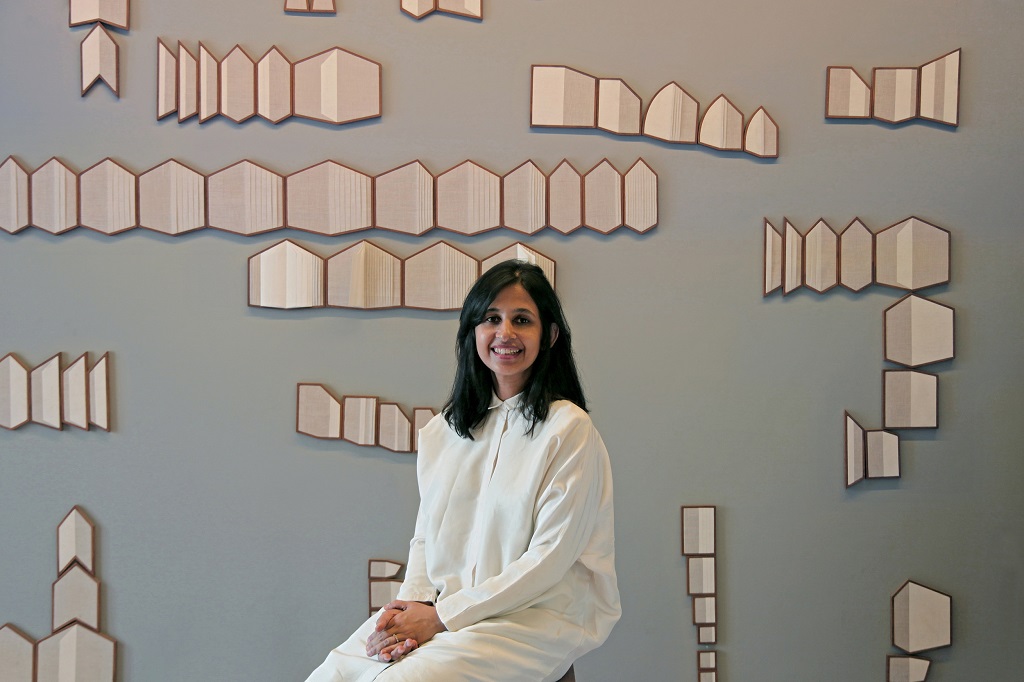 India-based artist to explore Israel, the United Kingdom and India.

Munich/Basel. Art Basel and BMW are delighted to present Astha Butail (represented by GALLERYSKE, New Delhi, Bangalore) as the next BMW Art Journey winner. The international jury selected her unanimously from a shortlist of three artists whose works were exhibited in the Discoveries sector at this year’s Art Basel show in Hong Kong.

Her winning project titled “In the Absence of Writing”, is concerned with memory and living traditions that are passed down through teaching and oral poetry. It, in the artist’s words, will be “a homage to the intangible oral traditions that are still alive today.” Butail’s research on systems of cultures started in 2009, when she began learning Sanskrit and memorized a collection of hymns. For the BMW Art Journey, Butail plans to investigate the Zoroastrian Avesta, Jewish Oral Torah and Indian Veda traditions by observing and recording their different memory techniques and interviewing scholars and practitioners of each tradition. The journey will lead through the cities of Yazd (Iran), Jerusalem (Israel), London (United Kingdom), Varanasi, Pune, New Delhi and Mumbai (India).

Art Basel and BMW will collaborate with the artist to document the journey and share it with a broader public through print publications, online and social media.

The jury selected the winner after an intensive series of deliberations and noted the strengths and originality of each proposal. After the selection, the jurors were united in their support of the winning proposal. They applauded Butail’s journey concept for the depth of its research and its multidimensional approach. “We were struck by its sensitivity and range, and how it expands upon the artist’s prior practice of investigating her own history and identity”, the jury said in a joint statement. “The journey brings together ethnography, spirituality, and sociology. We were especially taken by Astha Butail’s interest in tracking down endangered oral traditions, which she will document with the tools of an artist and interactions with scholars and spiritual leaders. In a digital age, when knowledge is fragmented, meaning is evanescent, and face-to-face contacts are fleeting, this project reconnects us to a slower world, where ideas were shared through deep and sustained personal interactions. Last but not least, we are excited that this Art Journey will bring the artist to regions that previous artists in the series have not yet visited.”

In addition to Ashta Butail, the shortlisted artists from the Discoveries sector for emerging artists at the 2017 Art Basel show in Hong Kong were Julian Charrière represented by Dittrich & Schlechtriem, Berlin and Lin Ke represented by BANK, Shanghai.

Launched in 2015, the BMW Art Journey is a collaboration between Art Basel and BMW, created to recognize and support emerging artists worldwide. The award is open to artists who are exhibiting in the Discoveries and Positions sectors in the Hong Kong and Miami Beach shows of Art Basel, respectively. Two judging panels comprised of internationally renowned experts meet first to select a shortlist of three artists from the sector, who are then invited to submit proposals for a journey aimed to further develop their ideas and artistic work. The jury reconvenes to choose a winner from the three proposals.

BMW is a global partner of Art Basel and has supported Art Basel’s three shows in Basel, Miami Beach and Hong Kong for many years.

The Most Powerful BMW Ever. The new BMW M760Li xDrive introduced in India. Powerful and Authoritative: Propelled by the highest performance series engine ever made by BMW. More Precision and Even Greater Driving Dynamics: The […]