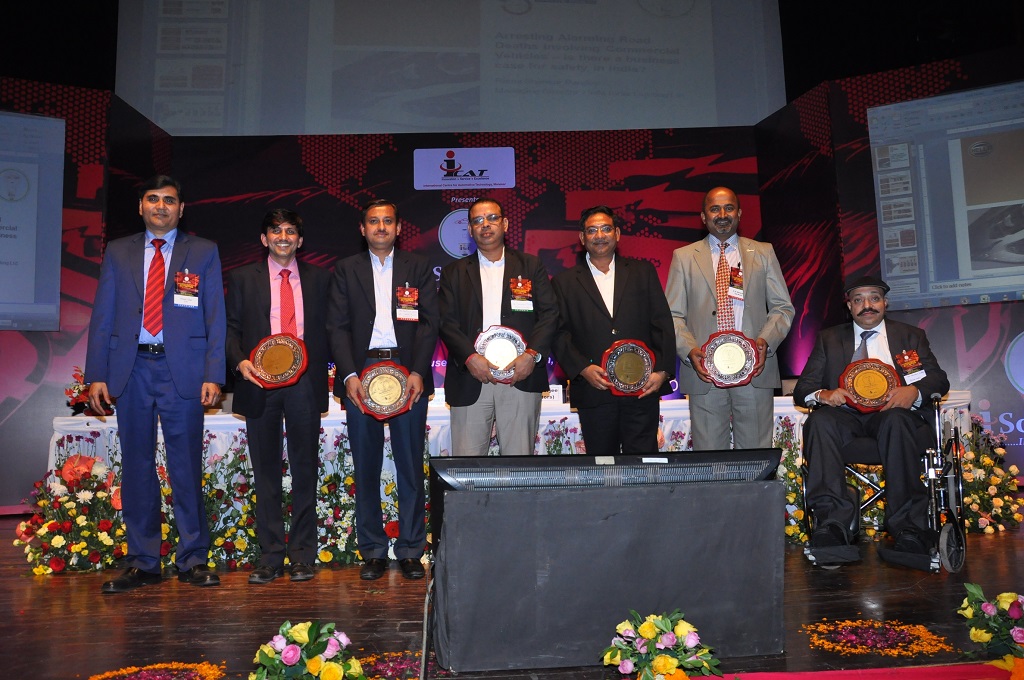 In the light of alarming Road Deaths of one death every 4 minutes in our country, the topic has a strong relevance to Automotive Industry in general and Automotive Lighting industry in particular,  due to safety criticality of Lighting and signaling devices while driving on Indian Roads.

Mr. Ramashankar Pandey, Managing Director of Hella India Lighting Ltd., gave introductory address to the audience on the topic of “Arresting Alarming Road Deaths involving Commercial Vehicles – is there a business case for safety in India?” which was followed by the Panel discussion. The complete Panel was of the view that Education and individual behavioral change among Automotive Users has to form integral part of making Indian Roads Safer and alone engineering and regulation will not be enough and effective for such a massive problem at hand. Educating users and bringing urgency to this topic is a shared responsibility of Automotive and Auto component Industry. Key decision makers in the Industry have to partner and pool all resources needed for the same. Panel agreed to initiate a nationwide awareness campaign on Road Safety and complement the Engineering excellence brought by various stakeholders in the area of Visibility & Lighting by Nationwide Education and Enforcement of these lifesaving technologies.

“The latest data about road accidents in India doesn’t show any decline and having one accident every minute means country is losing approximately 3% of its GDP as economic loss, this situation is very critical and cannot be left unattended for long” said Mr. Ramashankar Pandey, MD of Hella India Lighting Ltd.

Therefore, panel agreed to initiate a scalable approach to promote road safety and focus on improving visibility on roads as a key measure to ensure safer roads in India. This doesn’t stop individual companies to focus on Technology up gradation of Lighting systems as a means to fight these accidents, rather all agreed to work on bringing “Safety” as a differentiator for their products and publicise Safety as USP and critical decision criteria for vehicle and component purchase. All agreed that “Safety” also makes an interesting business sense as more and more customers will give higher priority to safety enabled products, as its awareness spreads to masses.

One of the technology example from Hella, shared during the presentation by Mr.Pandey about the full LED tail lamps developed and produced locally and made available 1st time on Indian Roads for trucks which will provide 4 meters of extra braking distance in an accidental situation due to its superior LED technology and thus saving life. The highways have to be made safer as maximum deaths are contributed on our Highways and many of it involves commercial vehicles. Many accidents involve Tailgating due to missing or failed tail & signalling lamps in these CV’s  and gets aggravated due to continuous glare coming from opposite side making every overtaking a death trap, as most of the users are ignorant of lane discipline.

There needs to be a continuous commitment to sustainable programs for lowering the number of road deaths on Indian roads and all Panel members showed their personal involvement and commitment to this cause by announcing their participation to such a program at ISOL-2015.  The entire panellist agreed to put highest priority to this topic as responsible Industry members. Bringing Safety enabled Products and awareness among masses are the two key objective of this mission, said Mr. Ramashankar Pandey, MD of Hella India Lighting Ltd. This platform gave an opportunity to the Automotive Lighting group consisting of leading Auto and Auto Component Industry members to lead this Safety Campaign from Front.

This is second National Award in a row for Hella India Lighting in this year, after it won the ACMA Silver trophy in Large Category for Quality and Productivity in September.

The event concluded with a good exchange of knowledge and understanding of the importance of road safety on Indian roads.

New Delhi, 29th March, 2017: Hella partners with Jazzmyride to channelize E-Commerce solution and tap into the growing digitization of automotive aftermarket in India. Jazzmyride has been officially appointed as the authorized e-retailing and e-distribution […]