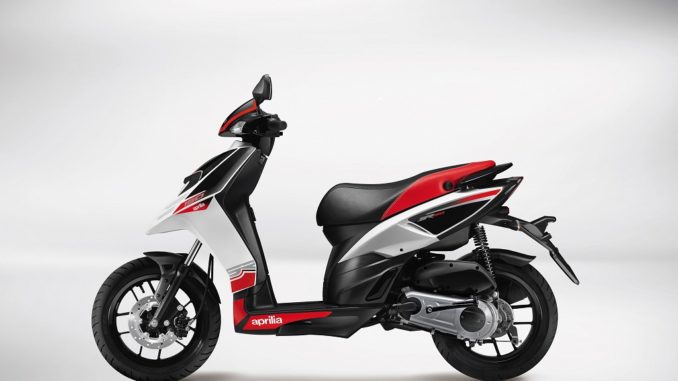 Mumbai, 24th January 2017: The Piaggio Group is delighted to announce the launch of its crossover bike Aprilia SR 150 in Nepal. The bike has successfully created a new category in the two-wheeler segment in India. Catering to the desire of the discerning youth, the Aprilia SR 150 has received an overwhelming response in the country. In addition, the Aprilia SR 150 has also received the prestigious title of ‘Scooter of the Year’ at five occasions in last two months.

With the launch of the Aprilia SR 150 in Nepal, the Piaggio Group has extended its current product portfolio from the iconic Vespa scooters to Aprilia, renowned globally for its undisputed racing heritage. It will be sold at an introductory price of NPR 2,39,000.

Commenting on the launch, Mr. Stefano Pelle, Managing Director and CEO – PVPL said, “Aprilia SR 150 has created a new category in the two-wheeler segment in India and now the bike is set to make its debut in Nepal. It is indeed a matter of pride for the Piaggio Group; our innovative offering to the Indian market has received an overwhelming response from patrons in India and has been well received in the Indian market. Five ‘Scooter of the Year’ awards are a testimony and inspiration for introducing more innovative products in future”.

The Aprilia SR 150 is characterized by an aggressive and sporty style. The distinct handlebar, the light unit included in the shield and above all the pronounced “beak” on the front wheel characterize the front end. The large black 14″ alloy wheels with five spokes show off decisive and sporty design drawn from Aprilia racing bikes. And the raw power of 150cc enhances the liveliness with 220 mm front disc and 140 mm rear drum brake makes every city ride fun and safe. The sporting spirit of the Aprilia has been formed at the highest levels of various competitions and has witnessed 54 world titles.

The award winning innovative product was backed up by innovative marketing initiatives like ‘Augmented Reality’ based SR150 riding experience, integration of Aprilia exhaust boom in communication, Facebook live chat with super stock racing world champion Lorenzo Savadori, High Impact Viral videos on digital marketing platforms and will continue to happen so in 2017. We plan to formulate a similar marketing strategy for Nepal market as well.

Piaggio India to soon commence the production of its much-awaited premium scooter, the Aprilia SXR 160

The fast expansion of the dealer network to cater to distinguished customers with the new product range on cards Key Highlights: Piaggio India to start production of the first batch of Aprilia SXR 160 at […]

Piaggio India inaugurates its third premium retail concept store in India; further strengthens footprint in the South with a Motoplex in Chennai.

Motoplex is the one stop lifestyle store for Piaggio Group’s brand portfolio – Vespa, Aprilia and Moto Guzzi India’s first Motoplex was launched in Pune in 2015; Chennai opening follows on the heels of Motoplex […]