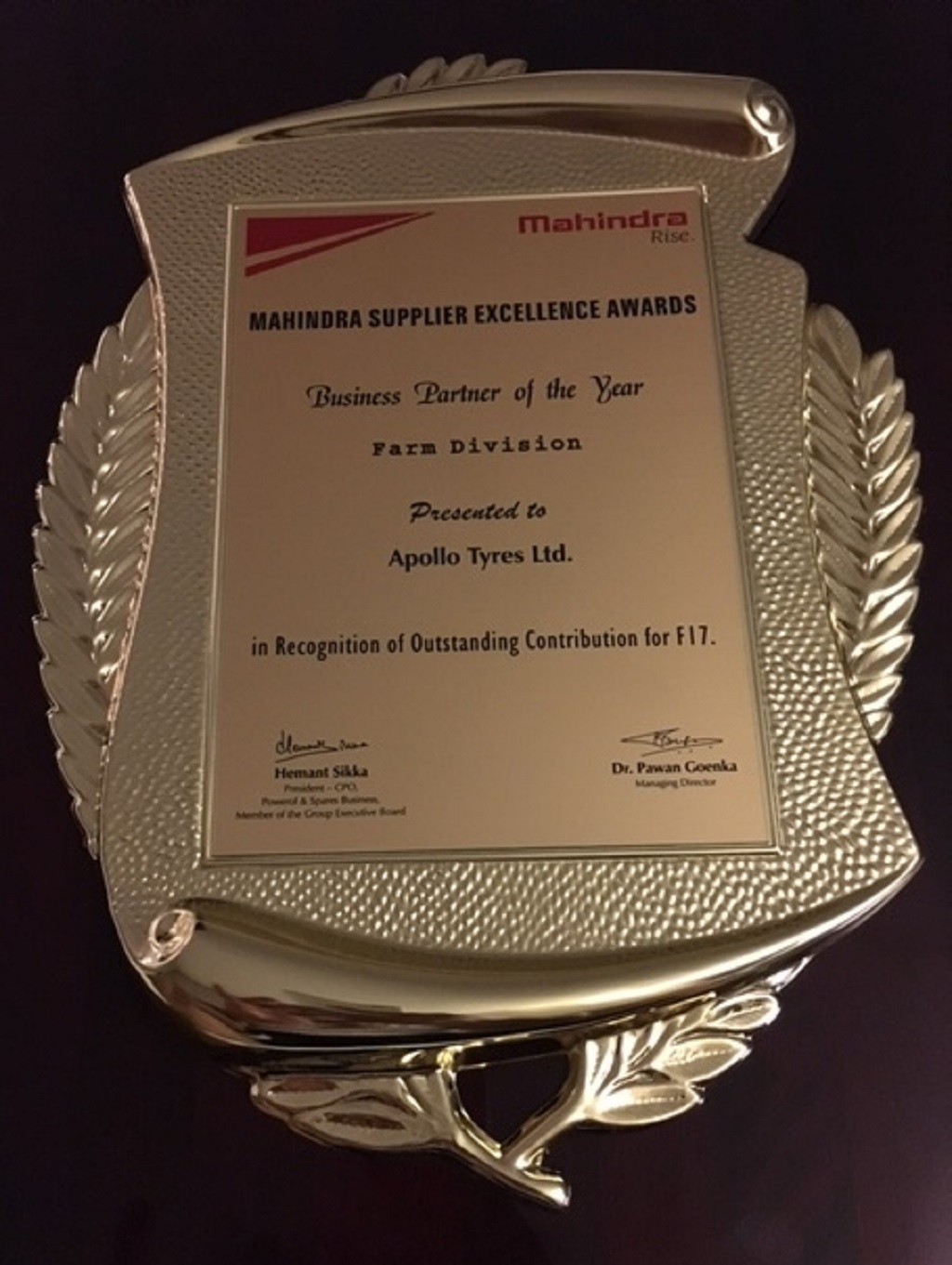 Recognised by Mahindra & Mahindra for outstanding contribution in Farm Division

Satish Sharma, President, Asia Pacific, Middle East & Africa (APMEA) along with Sandeep Mathur, Head, OEM and Institutional Business (APMEA) for Apollo Tyres received this prestigious award from M&M, which is the highest recognition given to any supplier for the overall outstanding performance during the entire financial year.

Commenting on the award, Satish Sharma, President, Asia Pacific, Middle East & Africa (APMEA), Apollo Tyres Ltd. said “Our continued delivery of technologically superior products, in addition to outstanding service, led to Apollo being rewarded by one of our leading OE Partners in India. Such recognitions by our OE Partners are a step towards our vision of achieving leadership position in India by 2020.”

Highest ever sales recorded in June in the replacement market in India The Board of Directors of Apollo Tyres Ltd today approved the company’s unaudited results for the 1st quarter of the financial year 2020-21. For […]

Statement from Dr. Pawan Goenka, Executive Director, M&M Ltd “The Budget places strong emphasis on agriculture, rural economy, infrastructure and social sector.  This is what I was hoping for. The resurgence and thrust on the […]