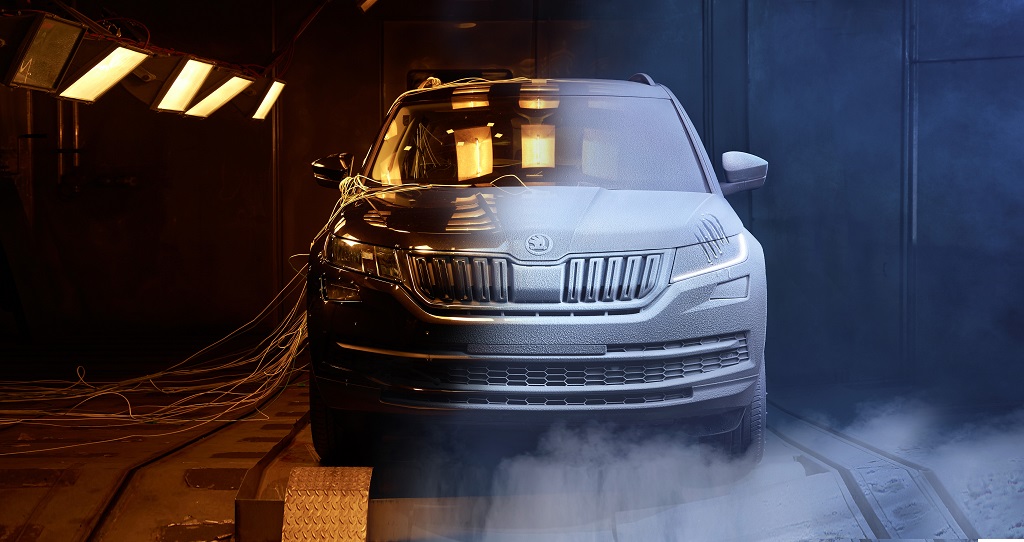 Bitter cold in the far north, scorching heat in the south, and extreme strain on the test stands: before its high-profile world premiere, the ŠKODA KODIAQ mastered a series of extremely challenging tests. The result: the new SUV of the long-established Czech brand is setting the benchmark within its segment with regard to quality and reliability. The online platform ŠKODA Storyboard now enables exclusive insights into the development phase and the extensive tests that the team, led by Project Manager for the complete vehicle Jiří Dytrych, completed with the ŠKODA KODIAQ.

ŠKODA subjected prototypes and pre-production models of the new ŠKODA KODIAQ to an intensive series of tests around the globe that comprised, for example, extreme climatic conditions, as well as long stretches of bad road conditions. The result of the intensified development marathon: the new SUV of the long-established Czech brand meets the ambitious quality standards that all ŠKODA models have to achieve.

Before series production begins, the prototypes run through various test scenarios – ranging from virtual development, to a climate test stand with temperatures of -40 to +90 degrees Celsius, to real test drives in sun, rain and snow, to the Hydropuls test stand and the function tests.

The new ŠKODA Storyboard has followed the development of the ŠKODA KODIAQ from the first digital prototypes to the finished production model and, for the first time, offers a fascinating look behind the scenes of vehicle development. ŠKODA’s new brand platform combines information and news with emotive background reports and target-group-specific stories. It combines the company’s social media channels and also comprises videos, picture galleries, downloads as well as further links. The content is displayed in a modern and user-friendly design. Thanks to responsive web design, the page can be used on all devices – from the desktop at work, to tablets and smartphones. All of the content from ŠKODA Storyboard is released to the media for further use. The platform is thereby aimed at journalists and opinion makers, as well as customers and ŠKODA enthusiasts.

With a length of 4.70 m, up to seven seats and the largest boot within its class, the ŠKODA KODIAQ is the Czech car manufacturer’s first large SUV. From early 2017, ŠKODA’s latest model will […]