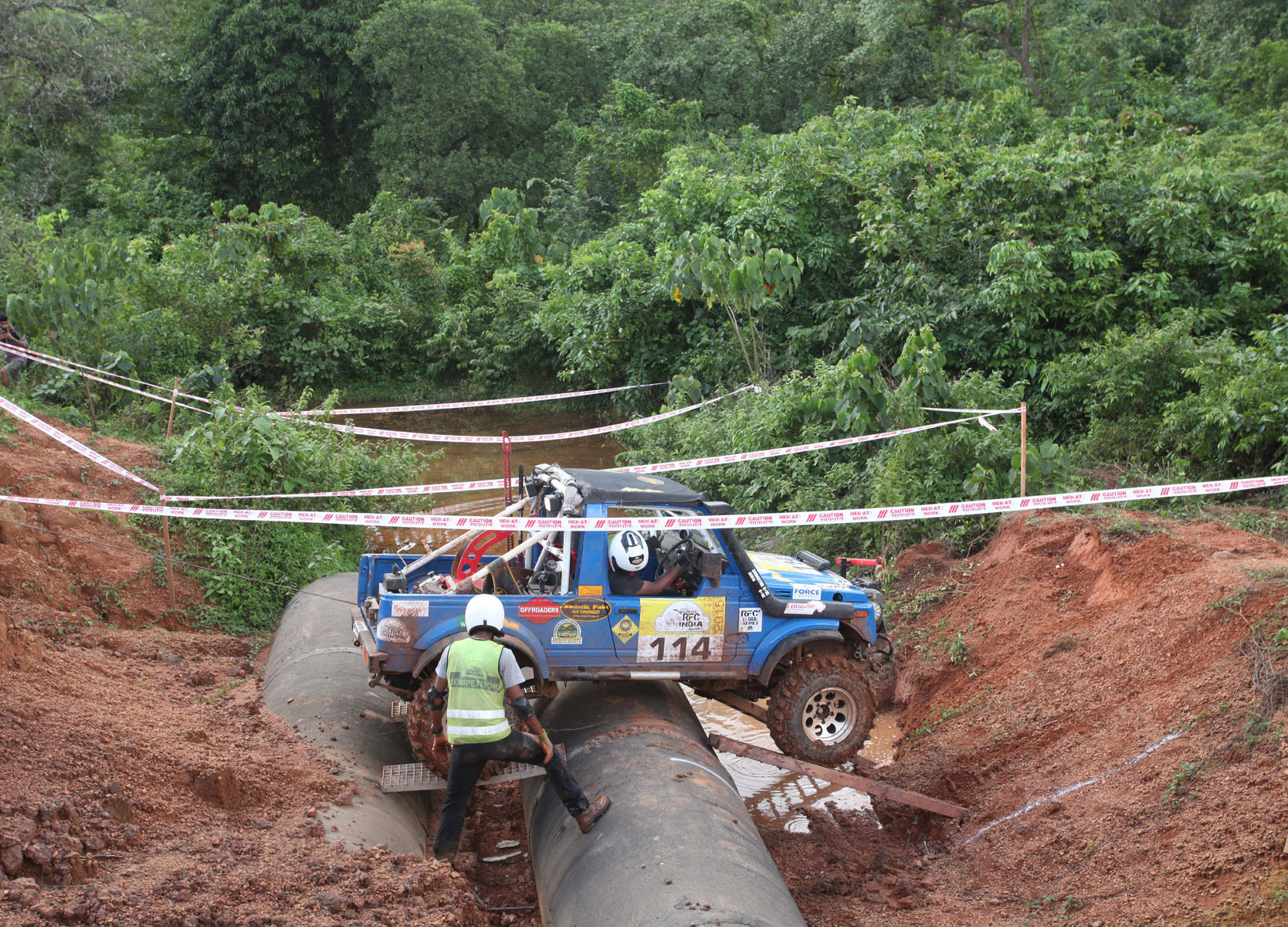 The list of the 25 Indian teams that will compete in Season 3 of Force Gurkha RFC India has been announced and it has created quite a stir in the Indian offroading community. While some of the competitors who have participated in the first two editions of RFC India are back for another adrenalin-filled week of extreme offroading, the line-up for Force Gurkha RFC India 2016 sees a lot of prominent offroaders of the country making a debut in the toughest and the first international off-road motorsport event of India.

Gerrari Offroaders Chandigarh, Bangalore Offroaders Development Association (BODA) and KTM Jeepers from Kerala lead the pack with 4 entries from each of these off-roading clubs. Mumbai’s Team Fairmont and Hyderabad’s Charminar Off Road Adventure Club (CORAC) will each be represented by 2 teams. V5 Offroaders from Coorg, Mudhogs from Sakleshpur, Northern India Offroad Club (NIOC) and Incredible Offroaders Goa will be represented by one team per club at ‘THE’ off-road motorsport event of the year. Force Gurkha RFC India 2016 will take place in Goa from 22nd July to 29th July.

Two of the competitors, Jagat Nanjappa from V5 Offroaders and Tejinder Singh from Gerrari Offroaders Chandigarh, are the winners of Force Gurkha RFC South and North India Chapters respectively which were held earlier this year. As a result, they have earned free automatic entry to Force Gurkha RFC India 2016. Two factory-backed Force Motors teams, led by Malaysian drivers Tan Eng Joo and Mervyn Lim, will be back in the fray trying to retain their top two slots of the previous two editions. Additionally, there are two individual entries from Pune and Hyderabad.

As per Mr. Ashish Gupta, Founder & Director, Cougar Motorsport Pvt. Ltd., the company that organizes RFC India, “It is heartening to see the overwhelming response that we have received this year. With almost two months to go for the event, we have already closed entries. This year’s list of Indian competitors is the best I could have asked for with a balanced mix of new talent, RFC India veterans and seasoned offroaders. I think this is a culmination of all the hard work that we have done and the goodwill we have earned since we launched the event in 2014.”

Force Gurkha RFC India is an extreme off-road motorsport event which is a part of the RFC Global Series with 25 editions worldwide. The RFC Mother Event, held in Malaysia, is counted among the top ten toughest motor races in the world. Though it is only two editions old, RFC Founder & Creator Luis J.A. Wee counts RFC India among the top 3 in the RFC Global Series. The week-long event tests the driving and vehicle recovery skills of the competitors under extreme off-road conditions through a series of challenges or Special Stages (SS). The team with the maximum points at the end of all the SS is announced as the winner of the competition and the best Indian driver of the event gets an automatic free entry to RFC Malaysia where he competes with the best offroaders from across the world.

Jagat Nanjappa, a veteran rallyist and an off-roading expert who has won nine Indian National Rally Riders Championships in the past, is all set for his debut at RFC India. “It is good to see names of the top offroaders from across the country in the list and I am looking forward to competing with them. Right now all my focus is on improving the reliability of my vehicle so that I don’t end up spending every evening during the competition under my Jeep!” Jagat said. After all, RFC India is a tough competition and vehicle breakdowns are a part and parcel of the event.

”Last year, Gerrari teams started the competition on a brilliant note and Gurmeet was in the lead during the initial days. However, we lost some crucial SS when the tyre of our vehicle came out of the rim which had a drastic impact on our overall rankings. This year, we will make sure that we are prepared for such contingencies.” said Kabir Waraich of Gerrari Offroaders Chandigarh, who got a podium finish in the previous editions of Force Gurkha RFC India and has been the top ranked Indian driver in the event in both the previous editions. He added, “This year’s event has seen the maximum number of entries and I expect the competition to be a lot tougher. The line-up is also quite interesting with the top offroaders from various regions participating. Jagat Nanjappa is an ex-rallyist and a tough competitor. Also, Gurmeet Virdi is coming to RFC India for the third consecutive year and after his fantastic performance last year, I consider him to be a big threat.”

According to Prashanth GV of BODA, “RFC India is gaining popularity year by year. Competitors are becoming much more serious about this event than they were earlier. I have seen some of the vehicles that are being prepared for the upcoming challenge and the build quality is extremely good. People have been dedicatedly working on improving the technical aspects of their vehicles since the last 6-8 months which proves how much respect RFC India has garnered within the off-roading community in such a short period. The competitors are ready for a much more advanced and tougher competition as compared to last year. I hope that the event organizers will give us good stages which are way more challenging than last year and at new locations.”

Following is the list of 25 Indian teams that will be competing in Force Gurkha RFC India 2016:

Pune, August 24, 2020 : Force Motors, the Pune based automotive company has brought DY Works onboard to design the brand and experience for their iconic offroader Force Gurkha. Launched at the Auto Expo 2020 the […]